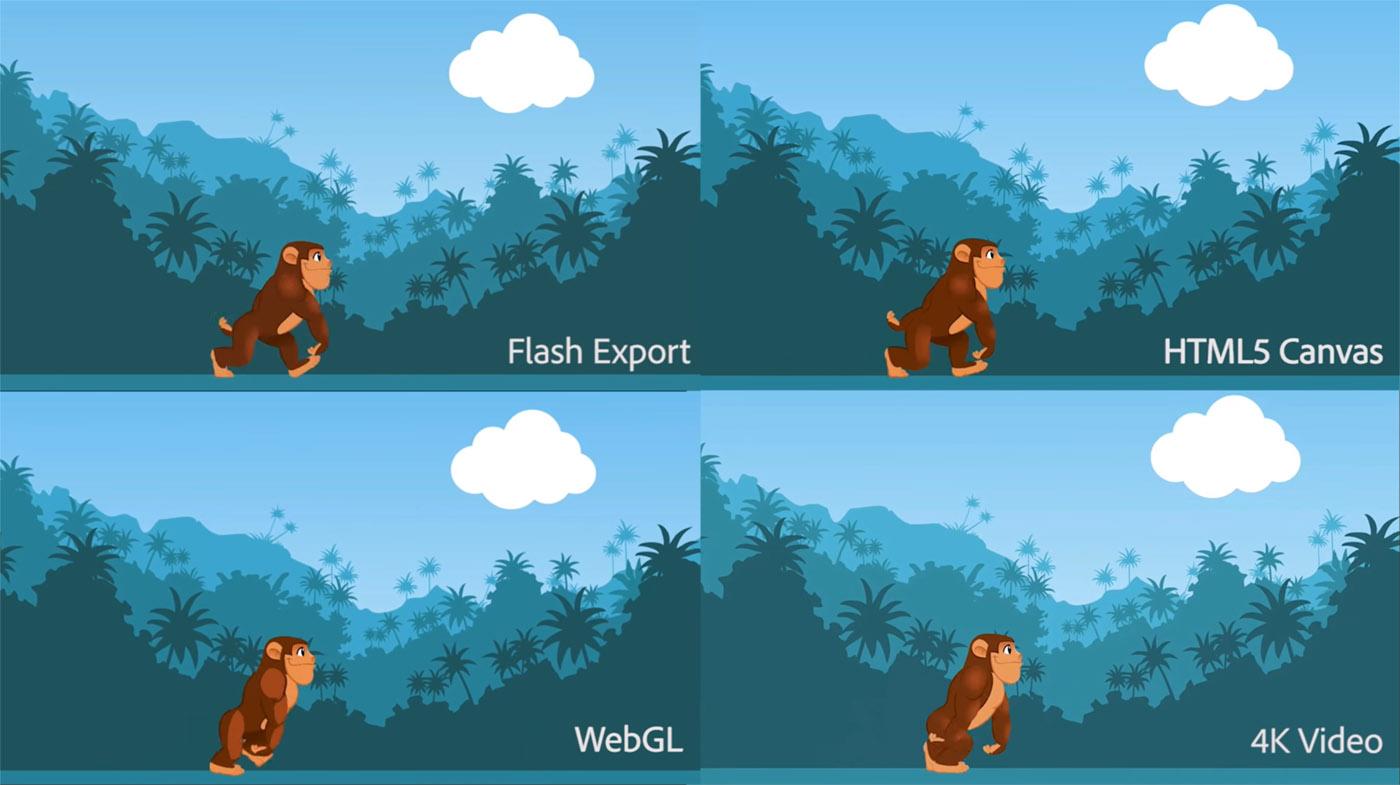 Given that Flash is widely considered an internet blight, it's hard to imagine a time when it was actually cool. But in the day, the app was the only way to make interesting animated pages, so it attracted top designers to its content creation tool, Flash Professional. Adobe has now officially ended that era by renaming Flash Professional to Adobe Animate CC. The company said that "over a third of all content created in Flash Professional today uses HTML5," so it is symbolically acknowledging the shift with the new name. The app will still support Flash output, of course, along with other video and animation formats, including 4K, HTML5 canvas and WebGL output.

To be fair, Flash served a valuable function in its heyday, but it was arguably too successful. There are still numerous sites and apps that rely on it, including most Facebook games and sites that serve up video. However, a backlash against the app gained momentum when Steve Jobs dissed it due to numerous security and stability concerns. YouTube and Twitch have started phasing it out, Mozilla now blocks it by default, and recently, Amazon, Google and Facebook called for it to be terminated completely.

Adobe seems to have accepted Flash's inevitable end, saying in its blog that "looking ahead, we encourage content creators to build with new web standards, and [we] will continue to focus on providing the best tools and services for designers." In other words, Adobe produces a lot of core apps for web development, including Dreamweaver, Muse and InDesign, so it no longer wanst to be associated with a downtrodden app, even if it used to be the web's gold standard.

In this article: Adobe, AnimateCC, culture, entertainment, Flash, FlashProfessional, HTML5, internet, video
All products recommended by Engadget are selected by our editorial team, independent of our parent company. Some of our stories include affiliate links. If you buy something through one of these links, we may earn an affiliate commission.