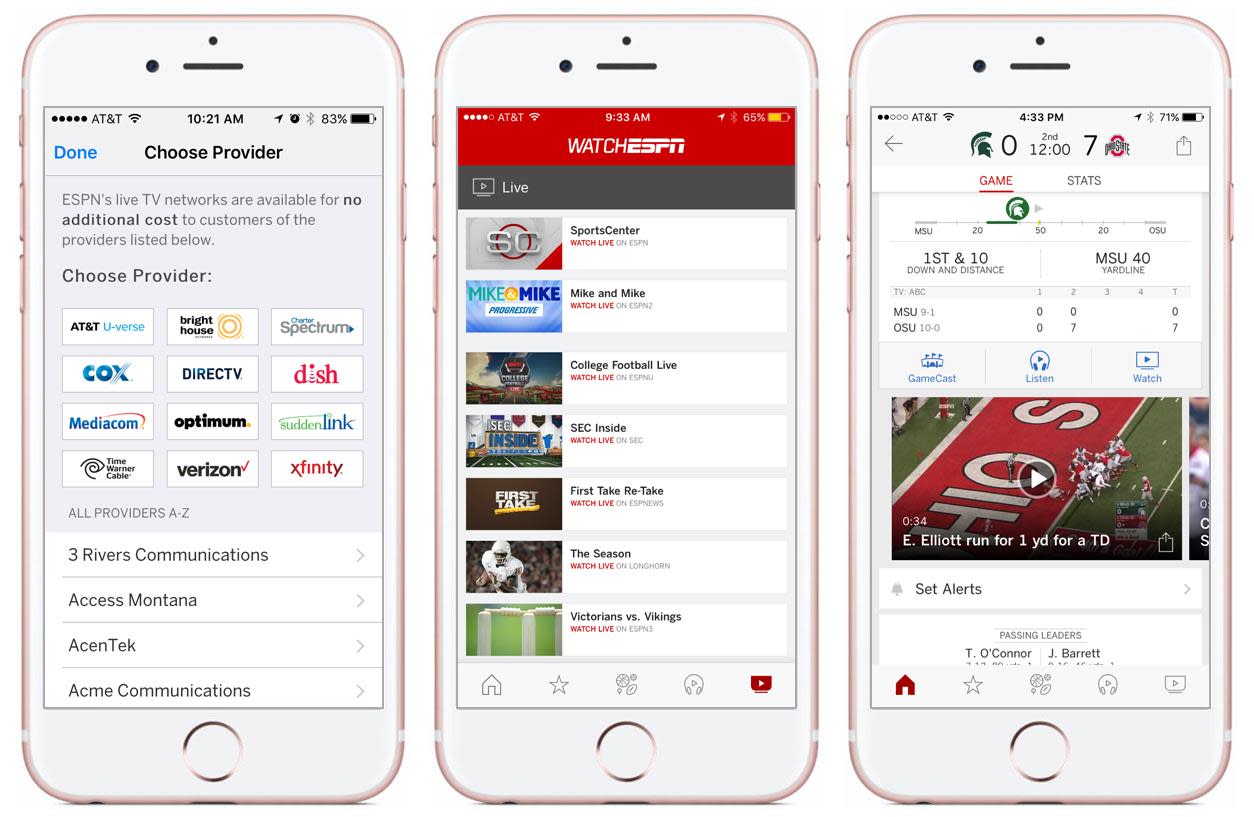 Up until today, if you came across live video content in the ESPN app, you had to be redirected to the WatchESPN application to start watching. But that's about to change. The network has announced that users can now enjoy WatchESPN's streams without having to leave its main ESPN app, with the update rolling out for iOS and Android. "This is just the first step in marrying our two largest apps and two largest mobile audiences," an ESPN spokesperson tells Engadget.

WatchESPN is one of ESPN's most popular services, as it allows pay-TV subscribers in the US to enjoy live sporting events on the go. According to ESPN, WatchESPN had an average of 10 million total unique viewers during the months of September and October, marking its highest audience since the FIFA World Cup 2014. As for whether WatchESPN will cease to exist as a standalone mobile app, we're told that won't be the case.

In this article: av, entertainment, ESPN, gear, mobile, Sports, streaming, streamingvideo, videostreaming, WatchESPN
All products recommended by Engadget are selected by our editorial team, independent of our parent company. Some of our stories include affiliate links. If you buy something through one of these links, we may earn an affiliate commission.