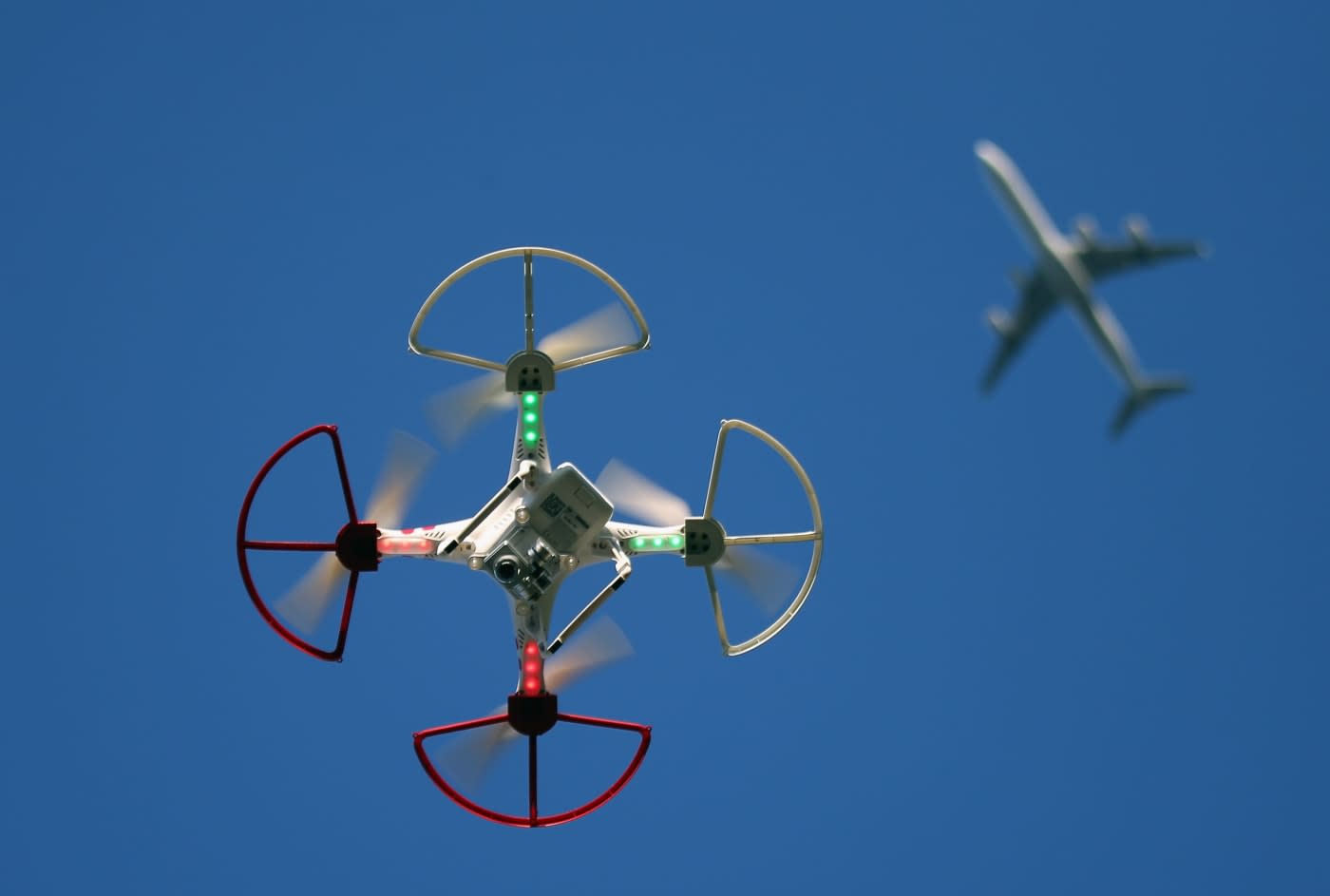 The rising popularity of drones is a cause for concern for a lot of folks, not just the FAA. Thanks to the Center for the Study of the Drone at Bard College, we have a bit more info on the dangers created by the UAVs. The center conducted a study of drone sightings and what the FAA classifies as "close encounters." In other words, any time a drone and a manned aircraft met the agency's criteria for a "near mid-air collision." The research, taken from info on flights between December 2012 and September 2015, shows that 35.5 percent of all incidents where the so-called close encounters while the rest were classified as sightings.

When considering all of the reported incidents, nearly 90 percent occurred above 400 feet -- an altitude above which drones aren't allowed to fly. The study also found that "a majority" of the cases also happened within five miles of an airport. And yes, that's prohibited airspace, too. This means that most of the incidents are happening in areas where drone use isn't allowed, despite the FAA's regulations.

In total, there were 158 cases over the nearly two-year period where a drone came within 200 feet or less of a manned aircraft. That number may actually be higher, but a third of the reported close encounters don't offer an accurate distance measurement. Of the 158, 51 were reported to have happened at a distance of 50 feet or less and there were 28 times when a pilot had to take action to avoid a collision. Lastly, that total count also includes 90 close encounters involving commercial aircraft.

In addition to its regulations and drone registration program, the FAA is working on technology that spots drones illegally flying near airports. Once that's in place, it should help with the issues of the UAVs operating too close to commercial runways. Drone makers are pitching in as well, with features like DJI's geofencing system to keep the compact aircraft from causing trouble.

In this article: bardcollege, drone, drones, gear, incidents, research, stats, study, transportation, uav
All products recommended by Engadget are selected by our editorial team, independent of our parent company. Some of our stories include affiliate links. If you buy something through one of these links, we may earn an affiliate commission.