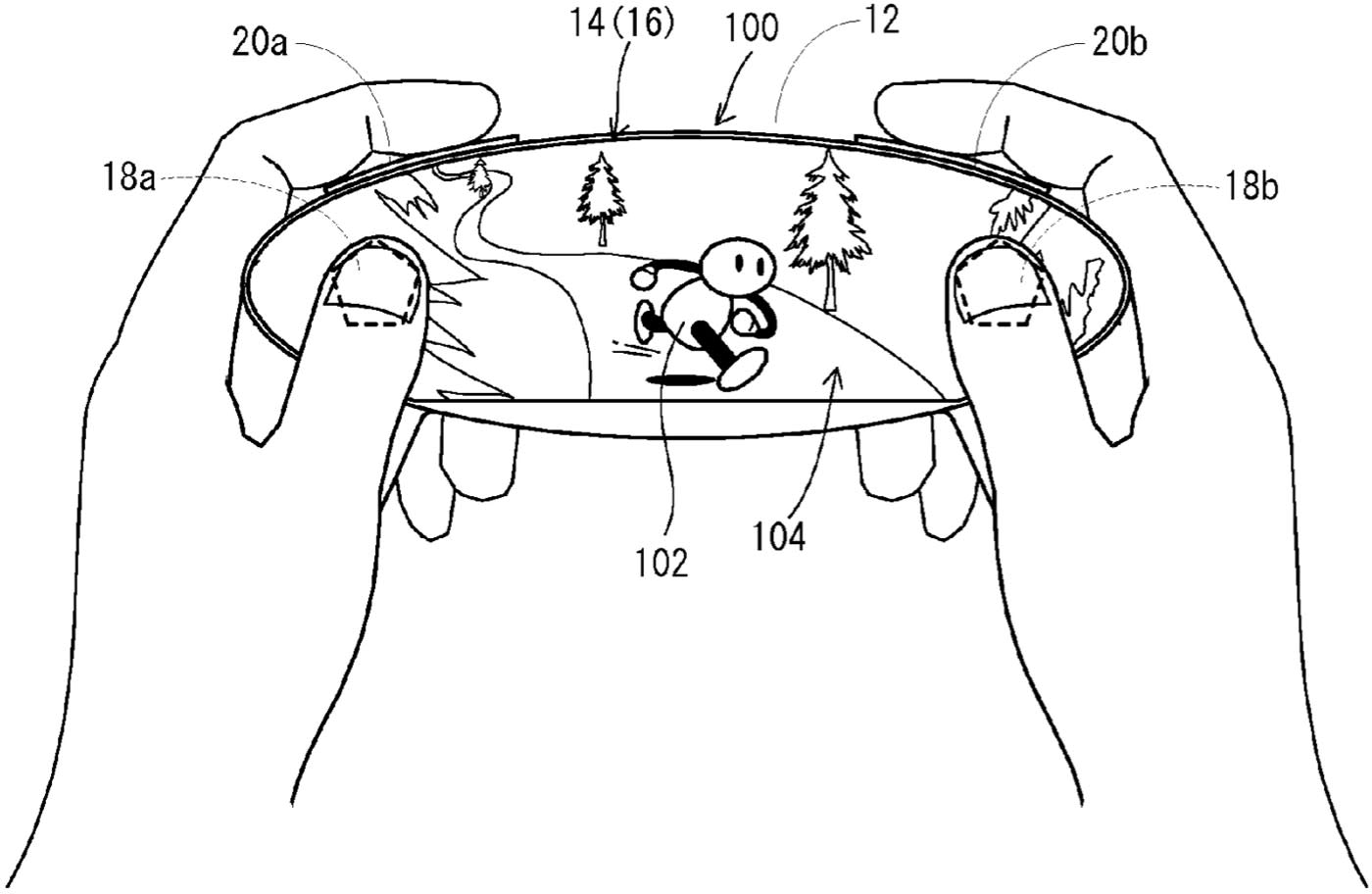 Nintendo has said precious little about its plans for the NX (other than that it won't be like a Wii U), but it might have hinted at what's coming through some recent paperwork. The console maker has filed for a patent on a gamepad design where a touchscreen would cover the entire front panel. You'd still have familiar elements like analog sticks (poking through the display) and shoulder buttons, but the usual front-facing buttons would be replaced by context-aware touch. The move would give you the adaptability of a smartphone interface with the primary controls you're used to in a TV system -- you could even use the controller on its side, or get visual effects when you press buttons. It wouldn't require a gigantic body like the Wii U's gamepad, either, and a card slot could take game data directly.

This is just an application, and there's no certainty that Nintendo will use this design any time soon, if at all. However, as The Verge notes, the would-be patent does line up with rumors that Nintendo will use Sharp's free-form displays in a future product. Theoretically, this could be the technology behind the NX's standard-issue gamepad. Moreover, the Wall Street Journal has heard that the NX would include a "mobile unit" that could be used separately from the main console. Given the presence of that card slot, it's possible that you could play titles solely on the gamepad and take it with you -- who needs separate TV and handheld consoles when your NX is both at the same time? The finished machine could be far less exciting, but it's evident that Nintendo has at least been thinking about non-traditional hardware.

In this article: av, console, controller, display, gamepad, games, gaming, gear, nintendo, nintendonx, nx, sharp, touchscreen, videogames
All products recommended by Engadget are selected by our editorial team, independent of our parent company. Some of our stories include affiliate links. If you buy something through one of these links, we may earn an affiliate commission.