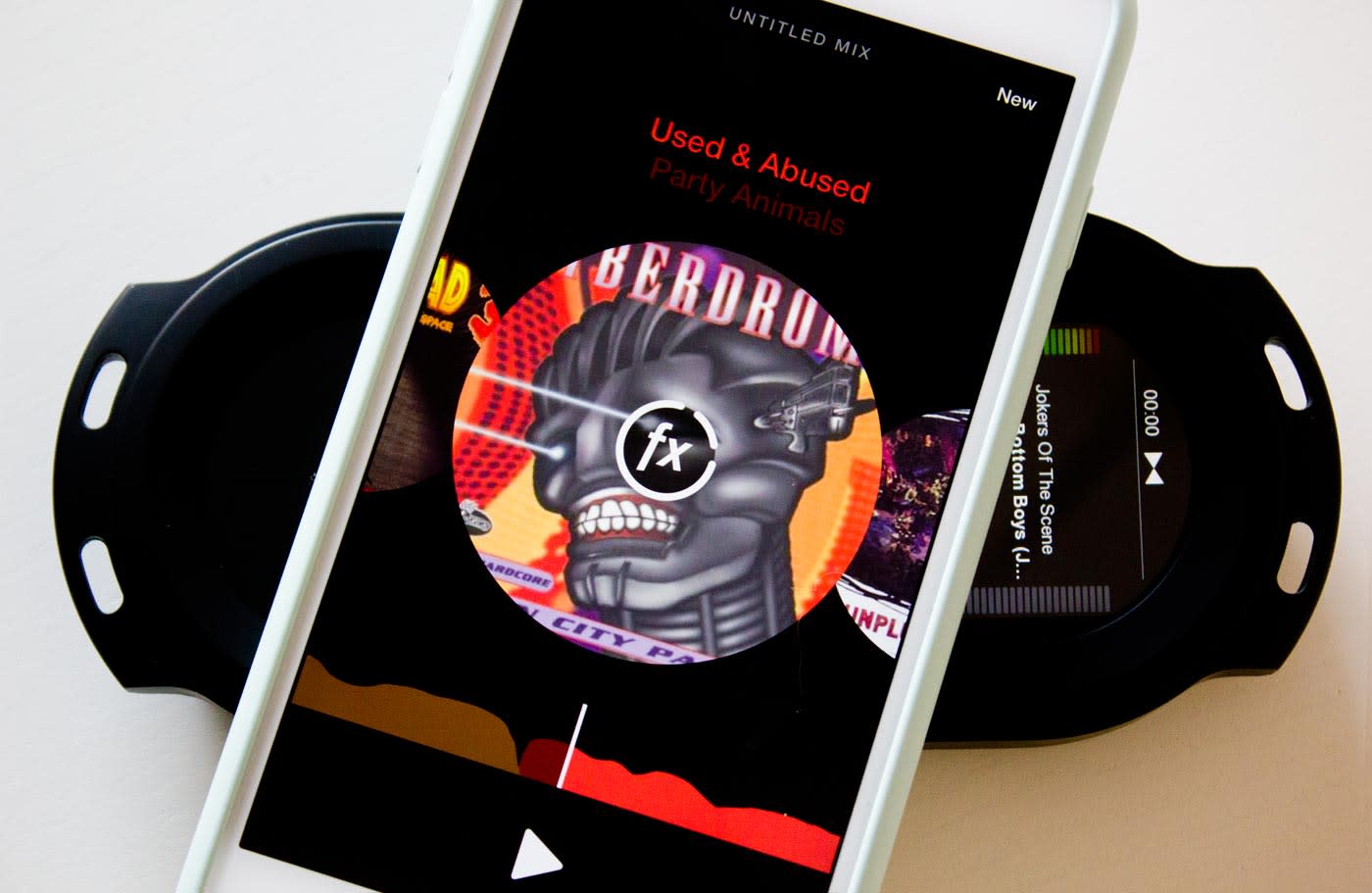 The team that gave the world the Pacemaker portable DJ device, the Pacemaker DJ app, and put the whole Spotify library in your virtual record box doesn't want you to DJ anymore. In fact, the latest version of Pacemaker for iPhone almost elbows you out of the DJ booth completely, assigning you the role of "selecta" instead, while it blends the music. Pacemaker isn't the first app to auto mix your tunes (it's not even the first one this week). It's not even the first Pacemaker app to do so. What this update does do, is have a stab at reinventing the humble playlist -- turning them into seamless beat-matched mixes that you control.

The Pacemaker app already has an "in-house" auto DJ (called Mållgan) that will suggest mix-friendly tunes and line them up next. Now you're getting to tell it exactly what to play, and how to play it. Theoretically, this means you could take any playlist from your favorite streaming service, and use Pacemaker to turn it into a beat-matched DJ mix, tailoring it to your taste. If you don't like the way the software transitions between Diplo and Daft Punk, for example, you can tell it to mix in sooner (or later) with a simple drag and drop. Once you've tweaked your mix to your exacting standards, you can enjoy it with friends. The twist being that when you enjoy that mix via the app, it pulls the music from Spotify, so the featured artists still get paid (and you don't need to download, or own the featured tracks).

Pacemaker DJ certainly knows how to adapt. What started as a dedicated portable device in 2008, reinvented itself a few years later as a (heaven only knows why) BlackBerry-only tablet app. It'd be another two years before Pacemaker would rise again, this time as the iOS app it probably always should have been -- complete with (pioneering at the time) access to Spotify's music library. Until this point, Pacemaker was a pretty straight-up DJ tool -- mix songs, add effects and so on. Today's update is still about DJing in spirit, just with a lowercase d.

DJing's digital revolution has been a mixed blessing for those who like to spin. The art of mixing has never been as easy or accessible as it is today. Anyone with a smartphone or tablet can get a virtual mix going in no time at all, with many apps going to great lengths to recreate the turntable experience. This is something not always met with enthusiasm by purists, many who still prefer to hunch over rotating vinyls (even if those records are actually connected to software) or at least a comprehensive hardware controller.

Pacemaker's own journey has followed a similar curve. The original portable device was a classic single-purpose gadget, and featured an iconic design with circular display and touchpad. The original Pacemaker was well received by the DJ community (and yours truly), and would go on to receive awards and build an enthusiastic community. But the timing wasn't ideal. In 2008, it was all about convergence, and a new wave of smartphones was swallowing up different gadget categories for breakfast. In 2010, the Pacemaker device was discontinued.

Since reinventing itself as an app, it's continued to focus on making DJing more and more inclusive. Today's update might leave the Pacemaker diehards a little restless, with not very much to do, but playlists are getting the long overdue makeover they deserve.

In this article: app, automix, av, dj, gadgetry, gadgets, gear, ios, iphone, mix, mobile, pacemaker, playlist
All products recommended by Engadget are selected by our editorial team, independent of our parent company. Some of our stories include affiliate links. If you buy something through one of these links, we may earn an affiliate commission.