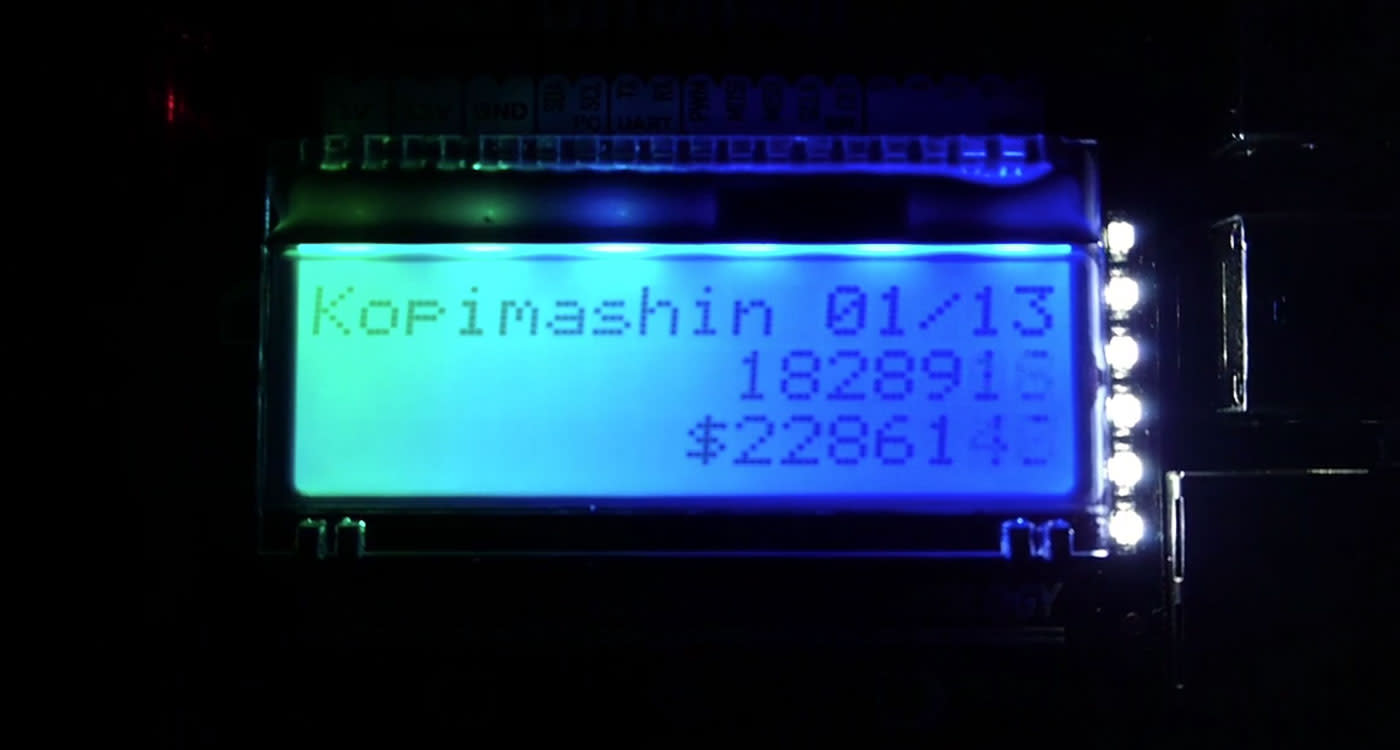 Pirate Pay co-founder Peter Sunde has created a device that'll duplicate a single MP3 in perpetuity, as long as it's plugged in. Sunde, who spent five months in jail for his involvement with the torrenting site, has built Kopimashin, a Raspberry Pi with a screen that creates 100 copies of Crazy by Gnarls Barkley every second. As well as the number of duplications, the gadget also records the theoretical loss that's been incurred by the record labels as a consequence. The device itself doesn't save its efforts, it just wipes them after duplication, but Sunde is hoping to prove the point that digital copies do not have any inherent value.

KH000//Kopimashin from Peter on Vimeo.

In an interview with TorrentFreak, Sunde explains that the device was created for Konsthack, a Swedish art exhibit covering the digital space. He intends to create more to show elsewhere, and even sell a few to help earn some cash which might go on paying back the millions in fees he still owes to the content industry. Sunde believes that the record labels aren't expecting him to pay back the cash he's on the hook for, but instead it's "to scare people into silence and obedience." "I want to show the absurdity on the process of putting a value to a copy," he added, although we're sure that the folks from Warner Bros. would have an army of lawyers ready to argue that point in a heartbeat.

In this article: Art, av, Copyright, culture, internet, Kopimashin, PeterSunde, Piracy, ThePirateBay, video
All products recommended by Engadget are selected by our editorial team, independent of our parent company. Some of our stories include affiliate links. If you buy something through one of these links, we may earn an affiliate commission.