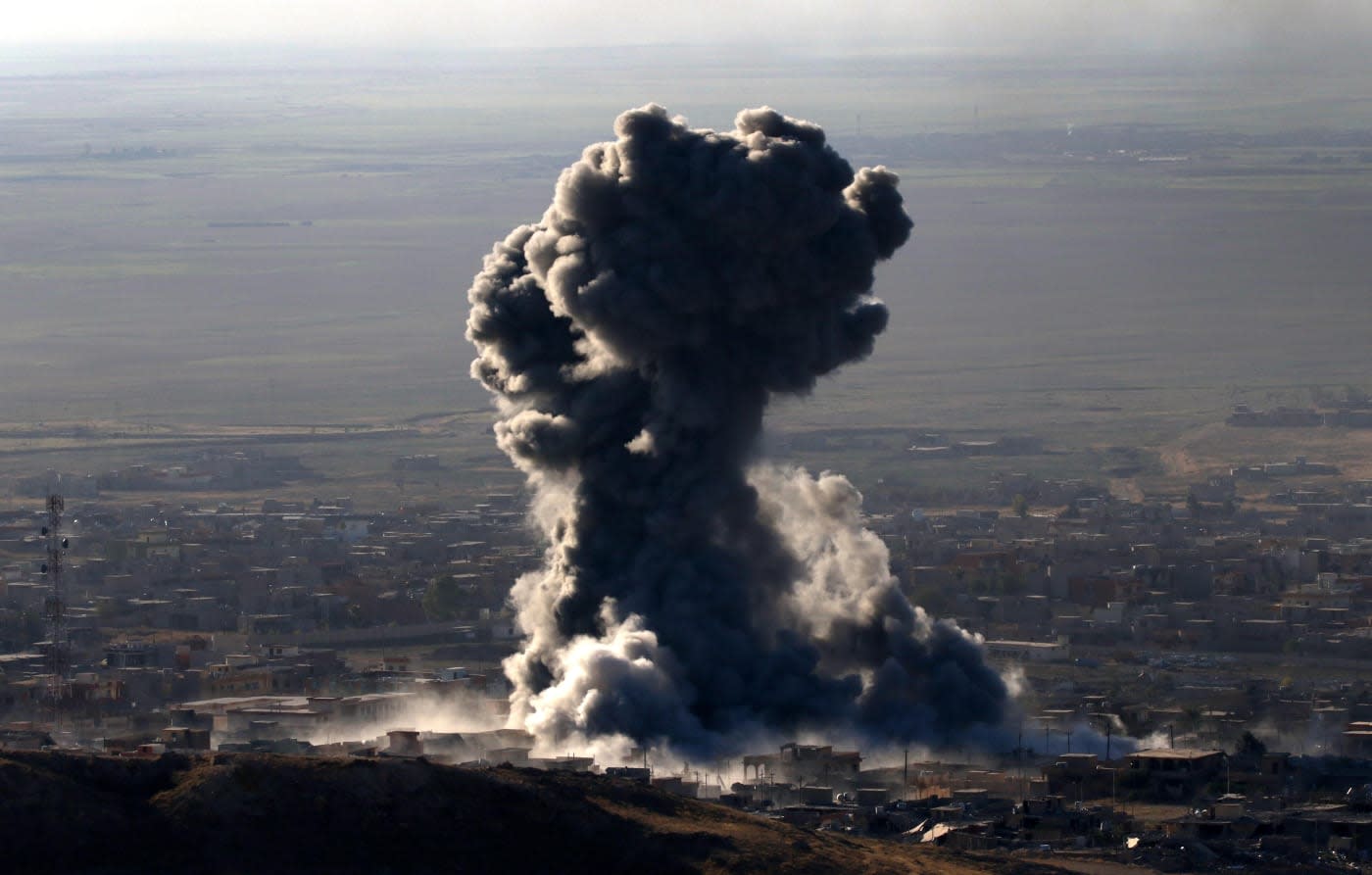 A team of researchers from Washington University in St. Louis, led by Ghassan Aleqabi, recently stumbled upon a treasure trove of seismic data from a most unexpected source: an array of earthquake monitors installed in Iraq and originally used to keep tabs on Iran's nuclear tests. They also allow Iraqi universities to study small scale 'quakes. The 10 seismic monitoring stations were initially installed by the US, with Aleqabi's assistance, in 2005.

The researchers quickly realized that many of the readings these monitoring stations picked up were man-made. Specifically, the team found that the seismographs were recording IED blasts, mortar impacts, airstrikes -- essentially a decade's worth of explosive military mayhem. The team was even able to correlate individual seismological spikes to news reports of bomb blasts. "If you can hear it and feel it, we can describe it," study co-author Michael Wysession told BuzzFeed News. "What used to be clandestine and confused in warfare, seismology can start to pinpoint."

Wysession also reportedly suspects that the US Department of Defense may also be using this data for its own purposes, though he admitted he had no direct evidence that they actually do. A DoD spokesman did tell Buzzfeed that the US Defense Threat Reduction Agency has investigated the seismology of small explosions but stopped short of confirming that the agency employ this specific data set.

In this article: BuzzFeed, earthquakes, Iran, Iraq, politics, science, security, seismology, WashingtonUniversityInSt.Louis
All products recommended by Engadget are selected by our editorial team, independent of our parent company. Some of our stories include affiliate links. If you buy something through one of these links, we may earn an affiliate commission.