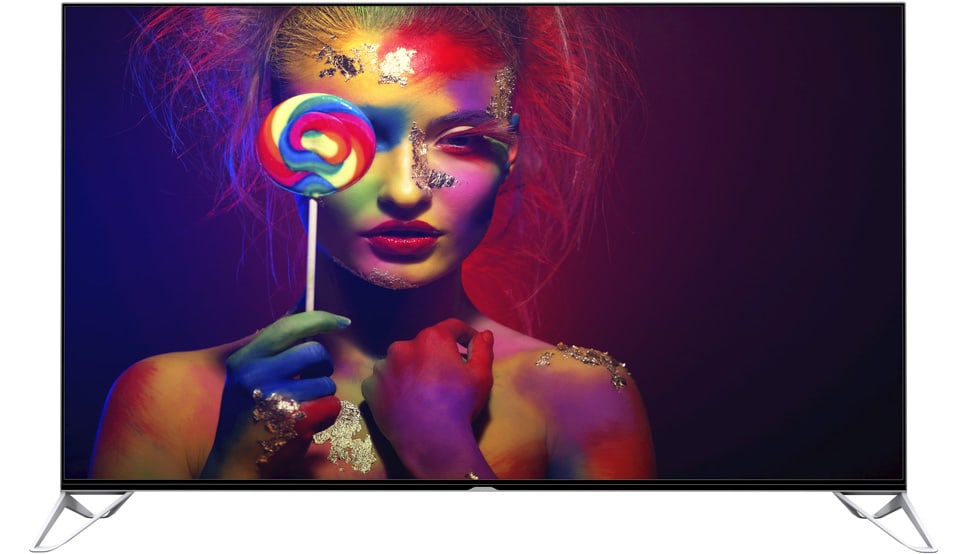 Now that 4K TVs are no longer a novelty, manufacturers are bending over backward to show you that their sets are somehow more 4K than everyone else's. Need proof? Just look at the flagship of Sharp's newly unveiled 2015 lineup, the 80-inch AQUOS Beyond 4K Ultra HD TV (yes, that's the name). Its signature Pixel Splitting trick both cuts pixels in half vertically and lets subpixels create their own color values, leading to a near-8K (7,680 x 4,320) effective picture. The boasts of extra resolution stretch credulity a bit -- you can't add detail that wasn't in the original picture, folks -- but you'll at least know that your TV isn't to blame for fuzzy imagery. As it stands, this ultimate set has a few down-to-earth upgrades over Sharp's previous efforts, including better upscaling and an improved LED backlight that widens the color range. The company hasn't nailed down pricing, but it'll reportedly be competitive with other high-end sets when the TV arrives late this year. You'll have plenty of options if you're willing to settle for "normal" 4K. The entry-level UB30 series now comes in sizes between 43 and 65 inches with the new upscaler. Spend more on the UE30 (60 through 80 inches) and you'll get a newer version of Sharp's SmartCentral platform with Android TV, LED dimming and a smoother-looking 480Hz refresh rate; jump to the UH30 (70 and 80 inches) and you'll get the color-enhancing backlight, a speedy 960Hz refresh rate and a touchpad remote. All three of these 4K model lines will ship in the spring, with prices ranging from $750 for a 43-inch UB30 to $6,000 for the 80-inch UH30.

In this article: 4k, androidtv, aquos, ces, ces2015, hdpostcross, pixelsplitting, quattron, sharp, smartcentral, television, tv, ub30, ue30, uh30, ultrahd
All products recommended by Engadget are selected by our editorial team, independent of our parent company. Some of our stories include affiliate links. If you buy something through one of these links, we may earn an affiliate commission.