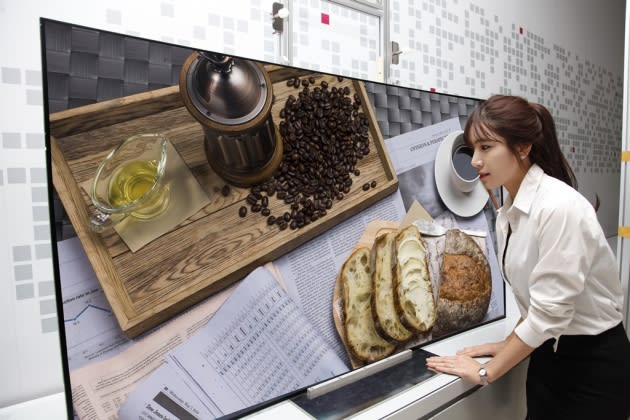 A tragic gas leak at one of LG's domestic OLED TV panel plants this week might have some big ramifications for the TV market. South Korea's Ministry of Employment and Labor has ordered LG to shut down the factory while it investigates the accident, which killed two workers and injured four. A spokeswoman wasn't willing to predict the closure's effect on sales for Reuters, but it comes days after LG unveiled its Best of CES-winning Art Slim OLED sets and might affect a timely launch (at least for Koreans) if the investigation takes a while. The victims and the plant's safety undoubtedly take higher priority -- just don't be surprised if there are ripple effects.

Source: Reuters
Coverage: Korea Herald
In this article: gasleak, hdpostcross, lg, oled, southkorea, television, tv
All products recommended by Engadget are selected by our editorial team, independent of our parent company. Some of our stories include affiliate links. If you buy something through one of these links, we may earn an affiliate commission.