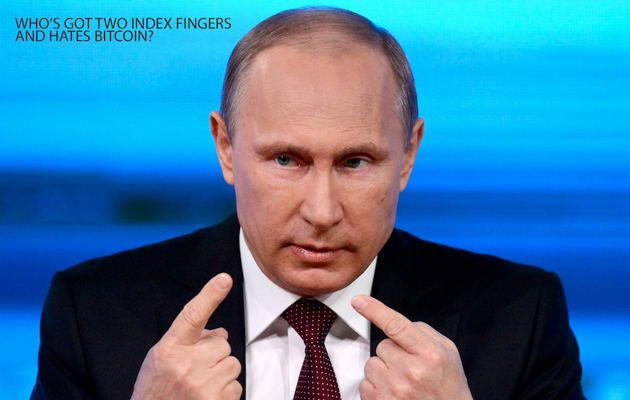 You'd think that a collapsing rouble, plunging oil prices and with trade sanctions at every turn, Russia would have more important things to deal with than Bitcoin. That's why it's such a surprise to see the nation's equivalent of the FCC banning five websites related to the cryptocurrency. In addition to two Russian-language pages, the blacklist includes the "main" Bitcoin foundation website, the Bitcoin wiki and London-based Bitcoin exchange Indacoin.

Coinspot, one of the Russian sites that was blocked, quickly shifted domains to resume operations in the country and spill the beans about the ban in a blog post. As GigaOM reports, the authority to carry out the ban was actually given by a Nevyansk city court back in September, but Roskomnadzor only got around to it yesterday. Russia's certainly not been shy about condemning Bitcoin previously, saying that the cryptocurrency supports illegal activity and finances terrorism. Of course, there's no legal ban on using Bitcoin in Russia just yet - mostly because the government can't seem to draft a workable piece of legislation.
Via: GigaOM
Source: Coinspot (Translated)
In this article: Ban, Bitcoin, Coinspot, Indacoin, Roskomnadzor, Russia
All products recommended by Engadget are selected by our editorial team, independent of our parent company. Some of our stories include affiliate links. If you buy something through one of these links, we may earn an affiliate commission.