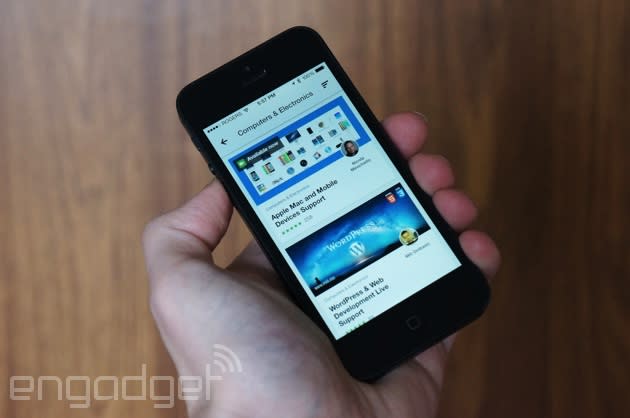 On April 20th, 2015, Helpouts will follow Reader, Latitude, Schemer and many other services to wherever old Mountain View products retire. Google launched Helpouts less than two years ago as a service where anyone can ask (or pay) for advice or lessons from experts in their fields through a Hangouts session. Subjects include photography, languages, speech, math, science, art, among many other topics -- you can even use it to seek medical advice. Unfortunately, Helpouts never became popular enough even after the mobile apps were released later on. In its announcement earlier, Google said it's sunsetting the service because it "hasn't grown at the pace [the company] had expected."

As for why Helpouts never flourished, well, we can only guess. Maybe it's because people would rather watch instructional videos on YouTube for free, or it may be due to a number of different factors combined. The website will continue working until April 19th, and providers can still do Hangouts sessions with their students and clients up till the very last day. Customers can then download their history through Google Takeout (which, thankfully, still exists) until November 1st, after which, it'll vanish into the ether.

In this article: google, hangouts, helpouts
All products recommended by Engadget are selected by our editorial team, independent of our parent company. Some of our stories include affiliate links. If you buy something through one of these links, we may earn an affiliate commission.