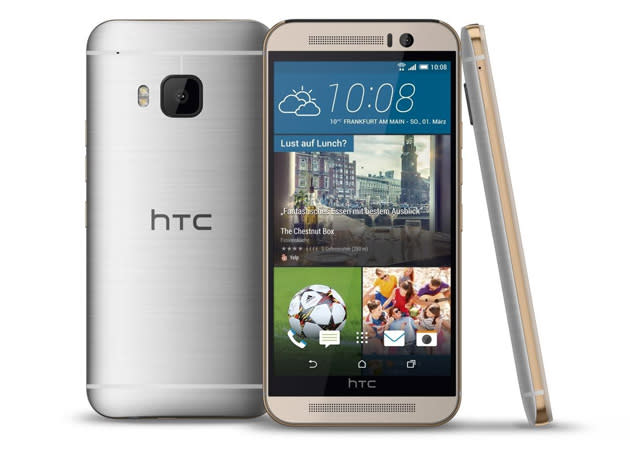 HTC's plans for March 1st might just be out in the open. MobileGeeks has spotted German store listings for a new One phone whose images bear an uncanny resemblance to the One M9 spy photos from last month, complete with an oversized camera space and a flashy silver-and-gold color scheme for one model. The claimed 2GHz Snapdragon 810 chip, 20-megapixel rear camera and 4-megapixel front shooter will all sound familiar if you've been following rumors, but there are a few new twists here. The BlinkFeed news stream is different enough to suggest new software, and the body is a tad thicker than its predecessor -- possibly to offer space for the new camera, a bigger battery (supposedly 2,900mAh) or both. It's hard to say for sure that this is what you'll see in a week's time given contrasting reports, but it's at least plausible. In this article: android, blinkfeed, hima, htc, htcone, htconem9, mobilepostcross, one, onem9, sense, smartphone
All products recommended by Engadget are selected by our editorial team, independent of our parent company. Some of our stories include affiliate links. If you buy something through one of these links, we may earn an affiliate commission.