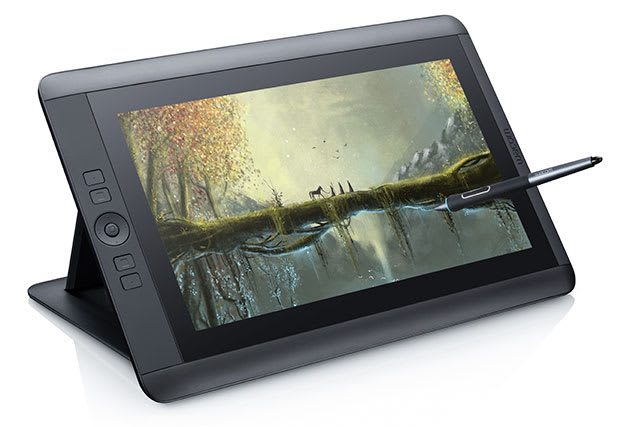 Wacom has a habit of trotting out non-touch versions of its stylus-friendly tech first. The Cintiq 13HD arrived back in 2013, and one of my main gripes with the device was its lack of support for your fingertips. Well, the company finally announced the touch-enabled version today, nearly two years after the original's debut. And yes, it still packs in a Pro Pen with 2,048 levels of pressure sensitivity. The adjustable stand is included too, and the customizable ExpressKeys and a Rocker Ring will wrangle your go-to tools quickly. In fact, as far as I can tell, the only difference between this and the previous version is the added touch compatibility. There's no denying Wacom's pen tablets and displays are way more useful when you can get your fingers more involved, I only wish it'd give us the choice from the start. Surely those who've already invested are going to be a bit upset -- and rightfully so. If you held out, though, the Cintiq 13HD can be yours this month for $999.

In this article: cinitq13hdtouch, cintiq, Cintiq13HD, design, display, displays, mwc2015, pendisplay, peripherals, stylus, wacom
All products recommended by Engadget are selected by our editorial team, independent of our parent company. Some of our stories include affiliate links. If you buy something through one of these links, we may earn an affiliate commission.