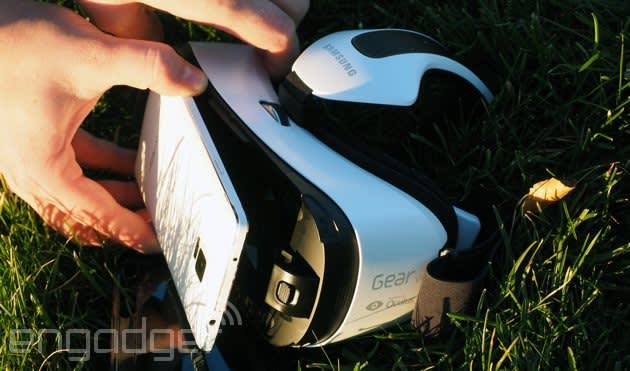 We've already got Android in phones, tablets, TVs and maybe even cars, but according to a new rumor, the next step could be VR headsets (beyond Mattel's View-Master). While smartphones can already provide the brains of a VR unit for Samsung's Gear VR or Google Cardboard, the Wall Street Journal says Google has "tens of engineers" working on a version of Android that would power virtual reality apps. According to the rumor, that's in addition to the Magic Leap augmented reality project Google has invested in, and a separate AR project Google is working on itself. Based on what we've seen of Android development so far -- and the recent flood of VR hardware -- it's really no surprise, but if you see a slew of headset rumors ahead of the next Google I/O it might be for something other than just a new edition of Glass.

Source: Wall Street Journal
In this article: android, google, virtualreality, VR
All products recommended by Engadget are selected by our editorial team, independent of our parent company. Some of our stories include affiliate links. If you buy something through one of these links, we may earn an affiliate commission.