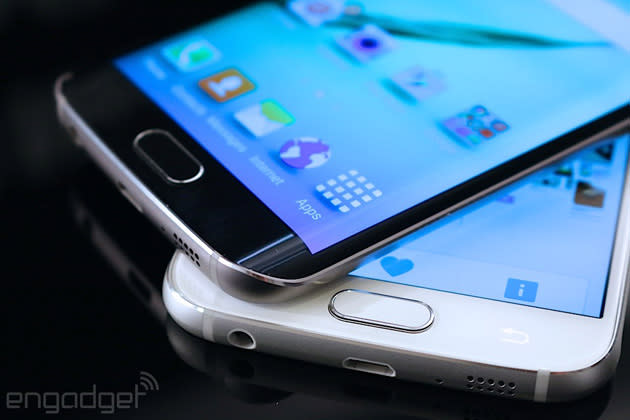 It's no secret that Samsung scaled back on bloatware with the Galaxy S6, reducing the clutter and hopefully giving you a leaner, meaner smartphone. However, there's one more treat in store: you can cull many of the apps that are included, too. XDA forum member Jeshter2000 has noticed that a pre-release Galaxy S6 edge lets him disable or uninstall many of the preloaded programs, including some of those from Google and Samsung. If you'd rather ditch S Voice entirely and rely solely on Google's (frankly superior) native voice commands, you can. So long as this carries through to the GS6 you buy in stores, it'll represent a big change of heart for Samsung -- the company is notorious for bundling redundant, non-removable apps, but it's now determined to give you much more control.

In this article: android, bloatware, galaxys6, galaxys6edge, mobilepostcross, samsung, smartphone
All products recommended by Engadget are selected by our editorial team, independent of our parent company. Some of our stories include affiliate links. If you buy something through one of these links, we may earn an affiliate commission.