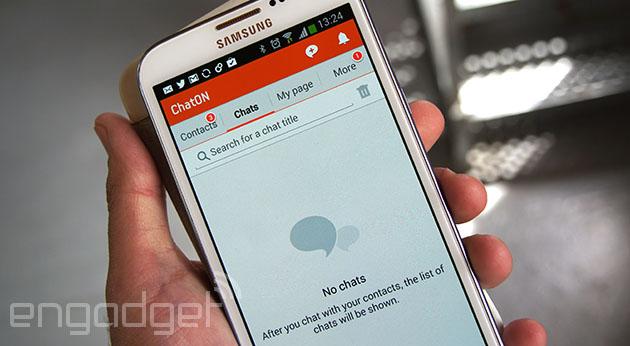 If you used a Samsung app recently it was possibly a mis-click, according to a Strategy Analytics survey of 250-plus Galaxy S3 and S4 users. While Samsung recently trumpeted 100 million users for ChatOn, for instance, the report said US users spent a mere six seconds per month on the app, compared to, say, 151 minutes on Instagram. The rest of the suite fared little better, with users spending no more than seven minutes per month on all its apps combined. By contrast, users stayed on Facebook for 11 hours and Google's three most popular apps for 150 minutes on average. If accurate, that would be a stinging rebuke, given that Samsung's apps are pre-installed on most of its devices and can't be removed easily -- unless, ironically, you're in its home country.

In this article: apps, bloatware, ChatOn, samsung, SamsungApps, SVoice
All products recommended by Engadget are selected by our editorial team, independent of our parent company. Some of our stories include affiliate links. If you buy something through one of these links, we may earn an affiliate commission.