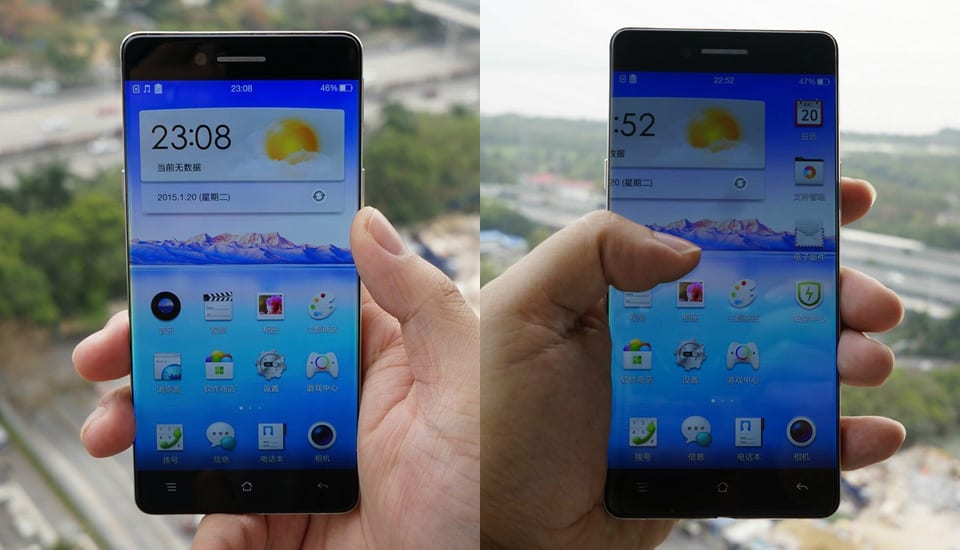 The folks over at Oppo sure know how to tease. Well, that's my guess, anyway, based on the fact that several Chinese tech writers received the above photos from "anonymous" sources yesterday. This mysterious smartphone -- running on Oppo's ColorOS Android ROM -- features an almost edge-to-edge screen that's similar to what we've seen on the Sharp AQUOS Crystal series, except for the earpiece that Oppo decided to keep. This is backed up by an Oppo patent (dug up by GSM Arena) which shows the use of light refraction to give the illusion of a bezel-free screen. Yes, it's very much the same method as Sharp's. For those who are still skeptical, there's now a short video showing the same device in action, and you can check it out after the break. As for the price and availability, we're just as eager as you are to find out.

Via: Engadget Chinese
Source: Sina Weibo, QQ Video, GSM Arena
In this article: android, bezel, bezel-less, bezelless, cellphone, china, mobile, mobilepostcross, oppo, phone, smartphone, video
All products recommended by Engadget are selected by our editorial team, independent of our parent company. Some of our stories include affiliate links. If you buy something through one of these links, we may earn an affiliate commission.