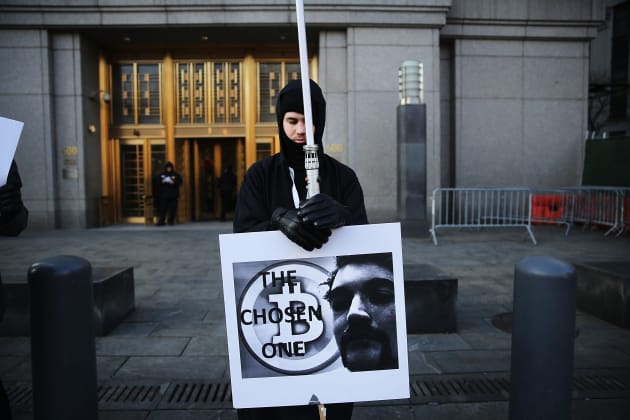 If you were hoping that Ross Ulbricht (Dread Pirate Roberts of Silk Road fame) was going to get a retrial, you might wanna walk those expectations back a bit. Okay; a lot. Despite the two former federal agents involved in the investigation purportedly stealing bitcoins and committing wire fraud during the investigation, the presiding judge Katherine Forrest has denied a motion for a new trial. Albrecht's defense protested, saying that the warrantless attempts to identify the Silk Road server violated his privacy rights and that the corruption charges demanded another look to see if the case had been tainted, as Wired tells it. None of that changed her mind though. She says that the evidence of Ulbricht's guilt was "overwhelming" and that there was little chance that conceding to any of those defenses would alter the outcome of the trial at all.

As for the possibly corrupt feds investigating the case, Forrest reiterated that they were a part of a different investigation (one based out of Baltimore). The case that ultimately convicted Ulbricht was based out of New York.

As Wired notes, there have been five other requests for a mistrial and all have been denied. That doesn't mean that Ulbricht's defense team's giving up ahead of his tentative May 15th sentencing, though. Not by a long shot. Their next move? Well, they're going to file an appeal. Naturally.

Via: Wired
Source: US District Court
In this article: BlackMarket, courtfiling, DreadPirateRoberts, katherineforrest, mistrial, privacy, retrial, rossulbricht, SilkRoad
All products recommended by Engadget are selected by our editorial team, independent of our parent company. Some of our stories include affiliate links. If you buy something through one of these links, we may earn an affiliate commission.