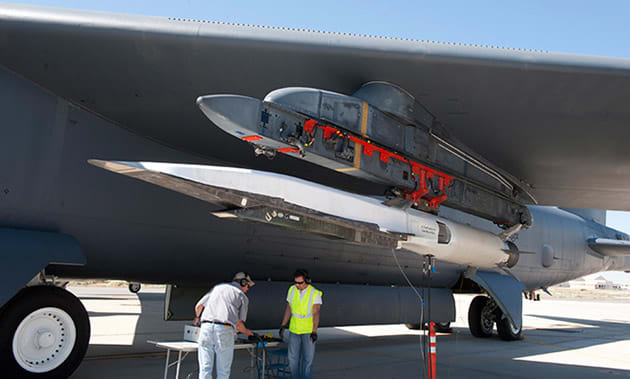 "What do we want to do with this technology? We want to weaponize it." The US Air Force told Military.com it's planning to build on the X-51A WaveRider's "scramjet" (supersonic ramjet) trials to develop hypersonic weapons that compress air by sheer velocity. During tests in 2013, the WaveRider set a record by flying at Mach 5.1 (3,400mph) for over three minutes after it was dropped from a B-2H bomber and accelerated by a rocket. While those trials were just a proof-of-concept, the Air Force has teamed up with DARPA take the technology to the next level.

One reason the US is particularly anxious to do something with the tech is because they're not the only ones working on it. China is reportedly also testing hypersonic cruise missiles that could eventually blow through US defense shields at Mach 10. The Air Force's chief scientist confirmed that "(China) is showing a lot of capability in this area." He added that "the advantage of hypersonics is not just that something goes very fast but that it can go great distances at those speeds." As an example, he said such a weapon would take only 30 minutes to cover the distance between LA and New York. 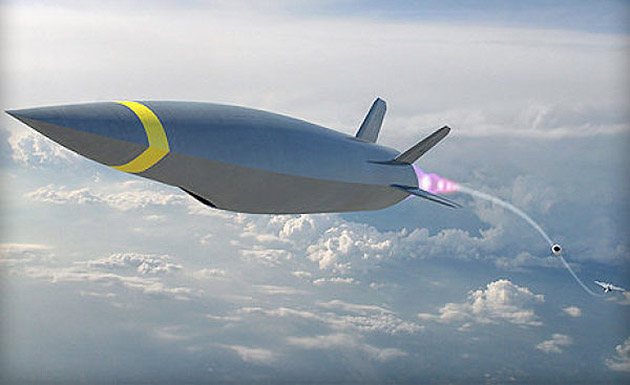 DARPA is already working on other scramjet projects, like the Hypersonic Air-breathing Weapon Concept and High Speed Strike Weapon (above). The goal is to create hypersonic missiles that could be attached to current bombers and launched at Mach 5 "to hit time-critical dependent targets," according to the Air Force. They want to have it ready by 2023, but said that "from a manufacturing standpoint, it's got to be affordable." Given its recent record, that might be the trickiest part.

Source: DefenseTech.org
In this article: DARPA, Hypersonic, Scramjet, US Air Force, weapons, X-51A WaveRider
All products recommended by Engadget are selected by our editorial team, independent of our parent company. Some of our stories include affiliate links. If you buy something through one of these links, we may earn an affiliate commission.