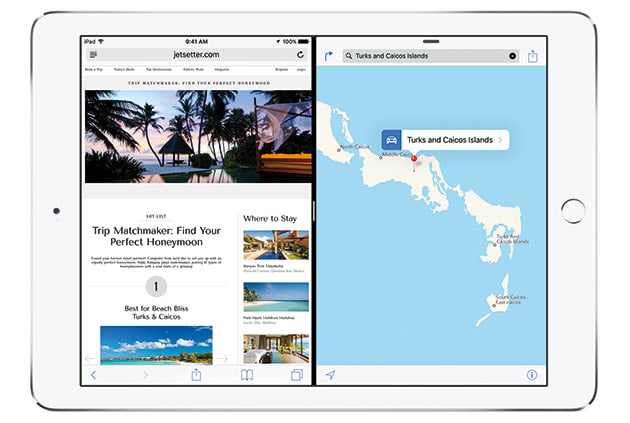 Frustrated that your iPad has all that screen real estate, but you still have to use one app at a time? That won't be a problem when iOS 9 arrives -- Apple has revealed that its new mobile software will bring side-by-side app multitasking to its tablets. The feature will let you display two live apps at once, Windows 8-style, if you're using an iPad Air 2 (which has extra memory and performance); otherwise, you can pin apps to the side of the screen to get back to them quickly. There's a picture-in-picture mode that will let you watch a video without disrupting what you're doing, too. This upgraded multitasking will only be available for the iPad Air, iPad mini 2 and other relatively recent Apple slates, so you'll definitely want to ditch that old iPad 2 if you're eager to juggle multiple programs.

9
In this article: apple, ios9, ipad, mobilepostcross, multitasking, tablet, wwdc, wwdc2015
All products recommended by Engadget are selected by our editorial team, independent of our parent company. Some of our stories include affiliate links. If you buy something through one of these links, we may earn an affiliate commission.