Ocado’s Alexa skill lets you call out your shopping list

Ocado's driverless delivery van is a glimpse of the future 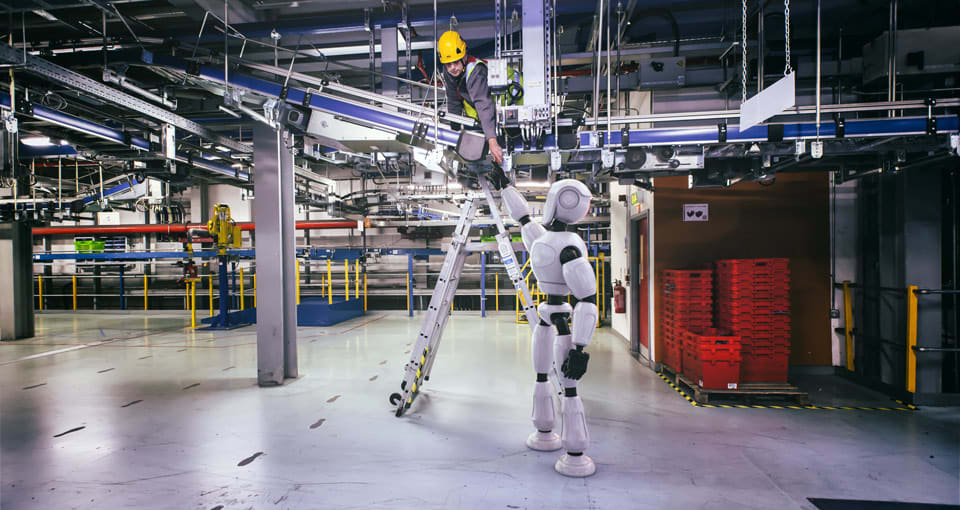 Online-only supermarket Ocado is a household name in the UK, and some of you undoubtedly rely on the service to deliver your weekly shop. Something you're unlikely to be aware of, however, is Ocado's work in cutting-edge robotics research. (No, seriously.) A special division of the company looks at technology that'll ultimately benefit its grocery delivery business. And currently, that arm is involved in developing a robot that would make the most advanced automatons around right now look like Furbies. The SecondHands program aims to build a robot that'll effectively become an Ocado warehouse employee, aiding technicians that work in these mammoth sorting offices with equipment repair and all manner of other tasks.

The concept is something out of a sci-fi movie. Should the five-year project meet its incredibly ambitious goal, SecondHands would take humanoid form, with a level of flexibility and dexterity that would allow it to work comfortably (and safely) alongside human engineers. The initial prototype, expected to be operational in around 18 months, is likely to use wheels to get around, but later versions might be outfitted with caterpillar tracks or legs instead. Telescopic arms and other superhuman abilities are also on the cards, apparently. The robot would function autonomously (without human input), and its primary job would be to repair faults that arise in the labyrinth of machinery that helps grocery orders get from the warehouse to your door. It could also be useful for carrying out tasks too dangerous for humans, such as high-risk inspections.

"In essence the SecondHands robot will know what to do, when to do it and how to do it"

As if developing the appropriate hardware wasn't challenging enough, Ocado's planning to make SecondHands seriously intelligent. The idea is it'll be trained rather than programmed to carry out certain tasks, and will be able to apply what it's learnt to solve other problems. With 3D vision and natural speech recognition, it'll be able to understand and respond to commands from its human mentors, and what's more, it'll be proactive in providing assistance when it hasn't been issued a specific order. It'll learn from experience, or as chief of the Robotics Research Team at Ocado Technology Dr. Graham Deacon puts it: "In essence the SecondHands robot will know what to do, when to do it and how to do it in a manner that a human can depend on."

Ocado isn't alone in this venture. It's collaborating with four European universities, including the Karlsruhe Institute of Technology that, for many years, has been working on the ARMAR humanoid robot program SecondHands will be derived from. The EU is also providing support to this and another Ocado project -- one that's investigating soft manipulation systems (or in simpler terms, better robot hands) -- by partly funding it under the Horizon 2020 Research and Innovation initiative.

Despite allying itself with the right kind of partners, Ocado's vision seems insanely far-fetched and nigh on impossible to achieve. Unless, that is, all involved manage to fit decades of robotics and AI research into the project's five-year term. Credit for being ambitious, but you only have to look at the recent DARPA Robotics Challenge to know we're a long, long way from being able to build intelligent, autonomous warehouse assistants. The participating companies and universities have sunk untold millions into their respective research initiatives, and yet some of their creations still can't even walk through a doorway without face-planting.

Via: Wired
In this article: ocado, robot, secondhands, uk-feature
All products recommended by Engadget are selected by our editorial team, independent of our parent company. Some of our stories include affiliate links. If you buy something through one of these links, we may earn an affiliate commission.