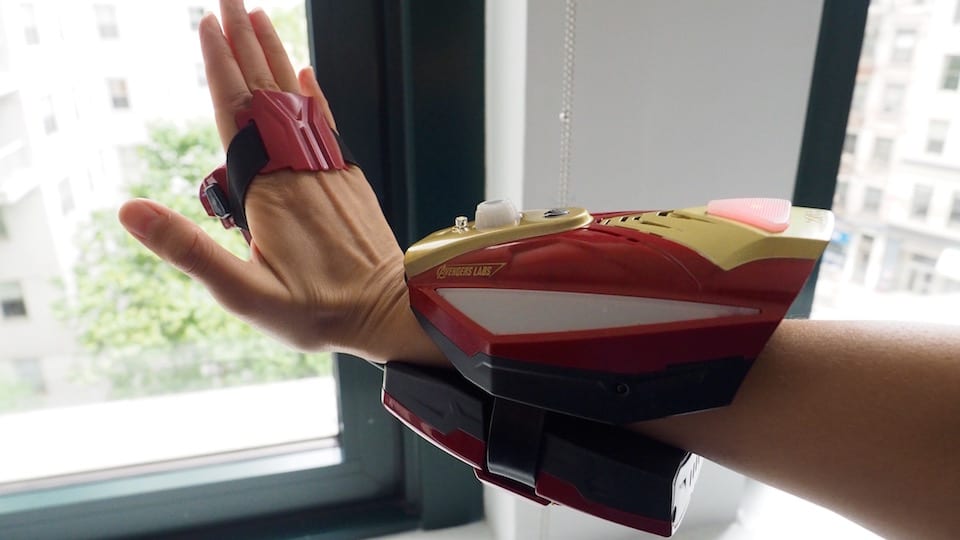 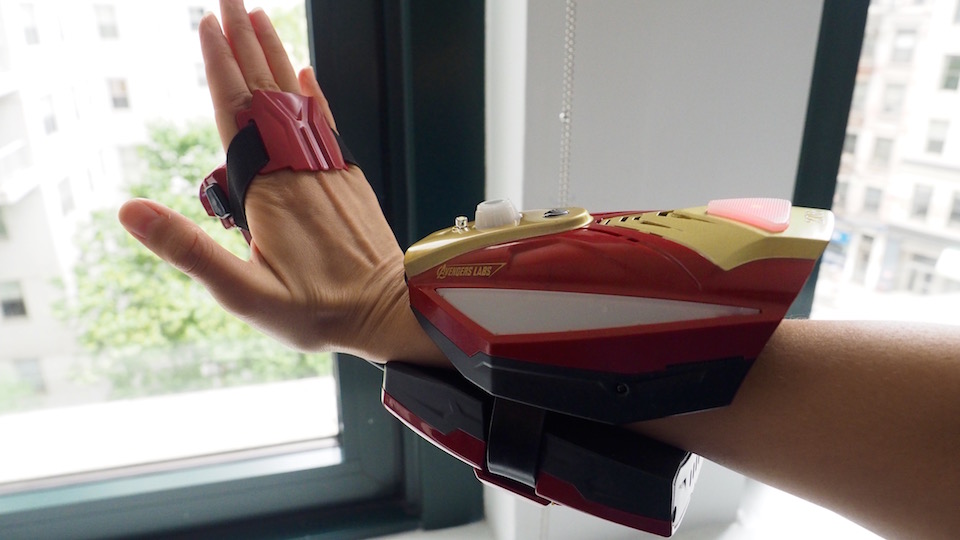 The rise of smartphones and tablets has forced entertainment firms, such as Disney, to design themed toys that can come to life and build a story around them. That's the case for Playmation, a platform of smart toys that combines Disney's popular movie franchises with sensors and kids' imagination. The first set, scheduled to launch in October, will be based on none other than Marvel's Avengers, while Star Wars and Frozen are expected to arrive in 2016 and 2017, respectively. The Starter Pack we tried features an Iron Man glove, which lets young ones hear and feel what it's like to have the superhero's powers -- like his signature repulsor blast. There are also two figures included (Captain America, Iron Skull), as well as a pair of base stations that communicate with Tony Stark's wearable via IR, and can be used for interactive missions.

What's great about the Iron Man glove is the haptic feedback it provides, allowing you to experience a vibration every time a move is pulled off or impact is received. It's well-made too, so while it looks hefty on your arm, it doesn't feel heavy at all. (Disney made this in collaboration with Hasbro and, naturally, says a lot of research went into it to make sure kids felt comfortable wearing it.) Out of the box, the Avengers Starter Pack comes with 25 missions -- but since these are connected toys, after all, more could be added in the future through software updates. The companion iOS and Android app, meanwhile, will let kids view mission details and track battle stats, plus customize gear with abilities they've earned; the more they play, the more they earn.

The best part about Playmation, though, is that it is going to keep kids active, since it requires them to run around and have fun during their missions. And, in an age where children can be easily consumed by smartphone or tablet screens, this is a valuable thing to consider. Disney's Avenger set is expected to hit shelves in October for $120, with each additional figure to be sold separately for $15.

In this article: Disney, Disney Playmation, DisneyPlaymation, hands-on, Playmation, Toy, Toys
All products recommended by Engadget are selected by our editorial team, independent of our parent company. Some of our stories include affiliate links. If you buy something through one of these links, we may earn an affiliate commission.