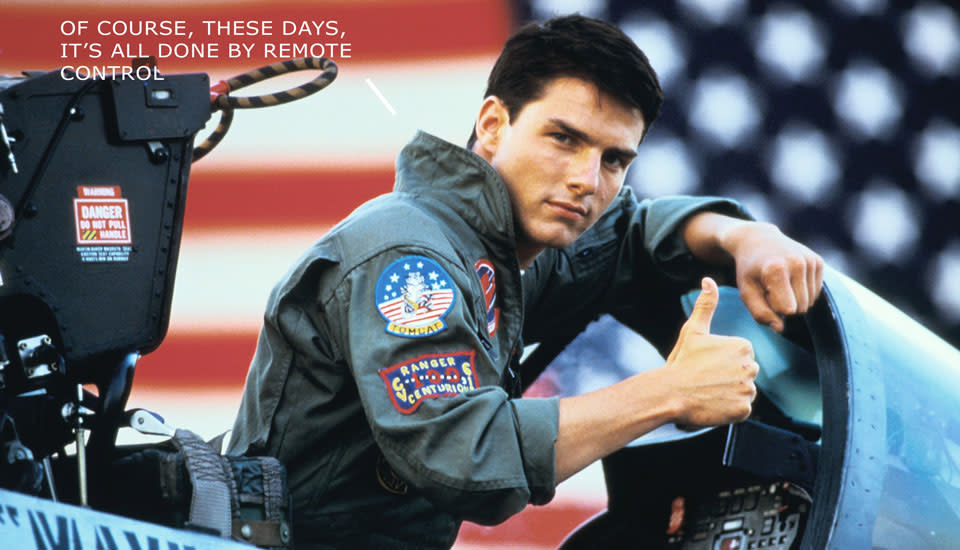 Cinema always reflects our anxieties back onto us, so it's no surprise to see that the Top Gun sequel will involve unmanned aerial vehicles. Producer David Ellison told Collider that Tom Cruise will return to the series that made him famous, with a story where Maverick tries to out-maneuver a fleet of drones. It appears as if the flick will depict "the end of an era of dogfighting and fighter pilots" as the world's powers switch over to remotely-flown, computer-aided flying death machines.

It'll take plenty of Hollywood magic to make the film, since in the real world, drones are pretty terrible at aerial combat. In fact, as Wired reported in 2012, the one time that a Predator drone came up against a crewed MiG-25, the former wound up smashed to bits. Perhaps that'd make it a fair fight, given that Maverick will be closer to 55 by the time Top Gun 2: Danger Zone goes into production -- although we are looking forward to the scene where Tom Cruise plays topless volleyball with a DJI Phantom 3.

In this article: av, Drones, entertainment, gear, Military, TomCruise, TopGun2, UAVs
All products recommended by Engadget are selected by our editorial team, independent of our parent company. Some of our stories include affiliate links. If you buy something through one of these links, we may earn an affiliate commission.