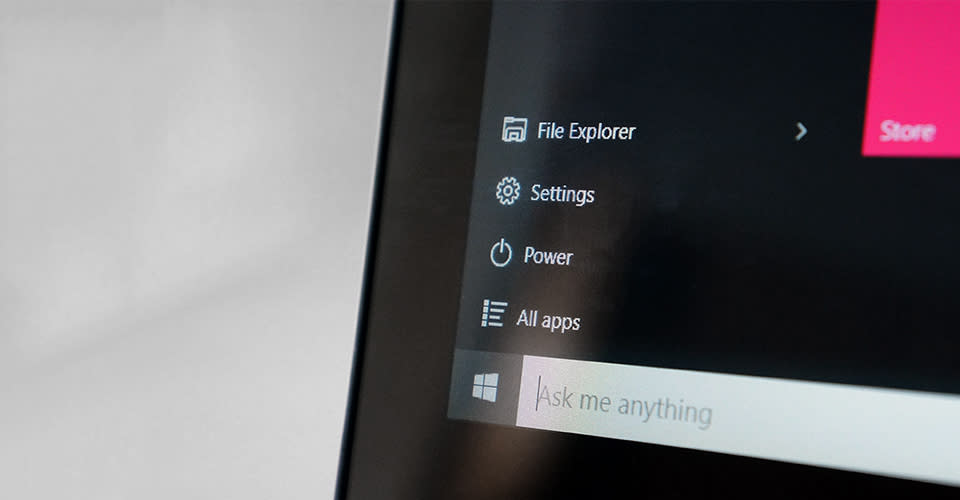 First released almost three years ago (and updated to 8.1 a year later), Windows 8 was a bet that didn't pay off. Bold -- or brash -- design decisions and a fundamental shift in UX led to a very slow uptake of the OS, and we're now just days away from the release of its replacement. Windows 10 comes at a difficult time for Microsoft, but although it too makes grand design revisions to the current formula, this time, it's fixing problems, not causing them.

The strange thing is, Microsoft has found itself in this situation before. In July 2009, Vista (then the company's current OS) was installed on just one in five Windows PCs, while the outdated XP accounted for about two-thirds. Fast-forward to today, and you have almost the exact same story. Windows 8 and 8.1 have a combined share hovering around the 19 percent figure, while Windows 7 stands at around 66 percent. It's staggering how similar a predicament the company is in. You could point to any number of reasons for why upgrades have been so slow this time around. Perhaps the most pertinent is that PC sales are weaker than ever, and existing users don't feel compelled to make the switch. When it came to designing Windows 10, Microsoft began with where it went wrong: the Start screen.

Windows 8 set the desktop back 22 years.

For 17 years, the core of Microsoft's OS was the Start menu. It slowly evolved from a simple gray list in Windows 95 to a highly customizable dual-column affair in 7. Then came Windows 8, and the jump to a full-screen menu with Live Tiles. It was a control system built with tablets and touchscreens in mind, and the plan was for users to ditch the old desktop programs and switch to full-screen, modern apps -- the sort that work perfectly on both laptops and tablets. For those without touchscreens, the basic tenet was supposedly the same as Windows 7: Press the Start key on your keyboard, and either move your cursor to (or type the name of) the thing you want to open. But this switch to a full-screen menu was more than just a visual makeover to make selecting things on a tablet easier. Design isn't just about the way something looks; it's about how you use that thing, and the Windows 8 switch set "traditional" laptop and desktop interaction back 22 years.

Pre-95, Windows launched applications via the Program Manager, which loaded on startup and essentially took up the entire screen. Although there was a "desktop" that showed the currently open programs, Program Manager essentially represented the "base" level of the UI -- the place from where you start anything you do. Windows 95 introduced the desktop as a new base, letting you pin frequently used applications like shortcuts, and, of course, added the "Start menu," letting you open new applications without returning to the desktop. All versions of Windows had the same basic system, with the desktop being the base of operations, and the Start menu as a pop-over. Windows 8 reversed that, or at least, attempted to.

On boot-up, a Windows 8 computer presented the Start screen, which filled the entire display with applications for you to choose from. Microsoft threw away its highly successful pop-over menu in exchange for a prettied-up Program Manager that showed you everything in one go. It effectively swapped out a 17-year-old navigation system for a 22-year-old one, forcing users to jump away from their application to a full-screen menu to choose a new program. Because most use a mix of desktop and modern applications, this created a fight between two paradigms. Either you use the desktop as the base level of the UI, and get rudely booted into full-screen modern applications and the Start screen, or you do the opposite and frequently find yourself in an alien desktop environment with windowed applications. It didn't work, and as it became apparent that many developers wouldn't be switching over to the modern app system, Microsoft knew it needed to find a solution. Windows 8.1 saw the tacit acceptance that users weren't solely going to use modern apps. Adjustments were made to better cater to the huge number still using desktop programs. The iconic Start button, an integral part of the OS since 95, returned as a visual cue. An "All Apps" view let users swap the large Live Tiles for a simplified list, and booting directly to the desktop was possible -- and even default in some setups. But these were small concessions following a major overhaul, and Windows 10 pulls things back even further. The desktop is now the base of the system again, and a more typical Start menu is back, which is customizable depending on a user's preference. Those used to Windows 7 can go with a familiar two-column vertical layout, with the left side behaving much like Windows 7's menu and the right featuring small Live Tiles. Those coming from Windows 8 can stretch the menu further across the screen for a wider layout with large Tiles. It's an elegant modernization of the Start menu, and a solution that will make a lot of sense to those coming from both 7 and 8.

But there's more to Windows than just that Start button. Its vast array of apps is the operating system's main selling point, and, right now, there's a mishmash of desktop and modern applications that Microsoft has to support. These modern apps now have a new home: inside their own windows on the desktop. They behave exactly the same as regular programs, but look and feel more up to date. That means they can be dynamically resized and rearranged, minimized and modified with the familiar "x" in the top-right corner.

Although many apps weren't created with this in mind, more often than not the new system works well enough. Microsoft's core apps, of course, look beautiful in this mode, with appropriate color accenting really helping to reconcile the once-disparate desktop and modern UIs. There are still a few design oddities, with rick-click menus in particular looking dissimilar in various apps and parts of the OS. Some third-party apps are also a little confusing; as their interfaces are entirely focused on the full-screen experience, having large back buttons and UI elements sitting within a desktop window make it feel a bit like you're running a phone app on a computer. You'd imagine that things will get better with time. Given the low number of users with an entirely keyboard-less setup -- most touchscreen Windows devices are hybrids or laptops -- developers of modern apps have plenty of incentive to tailor their products to the largest audience possible, and make their UIs more at home inside a window.

The much-maligned Start screen and full-screen apps, for what it's worth, always worked well on tablets. They're still present in Windows 10, as "Tablet Mode." If you're using a Surface 3, and you undock from the keyboard, Tablet Mode will automatically kick in, pushing your apps full-screen and leaning on the Start screen for navigation. Click back in, and you'll revert to the regular desktop environment. It's such an elegant system it really should've been there from the start.

Another sign of the fragmentation between desktop and modern came in the form of Windows 8's menus. On the modern side, a Settings menu offered basic functionality, while Control Panel had a full range of options, some of which duplicated the former's. In Windows 10, you'll find clearly labeled options and full functionality no matter what interface you're using. The system tray (that little collection of icons next to the clock on the taskbar) is also massively improved, with glassy pop-ups for WiFi, volume, calendar and battery, and a refreshed slide-over "Action Center" that now shows toggles for frequently used settings in addition to notifications. It's an altogether more unified experience, and one that works well on both tablets and traditional computers. The fact that it's all very pretty is, of course, secondary to its functionality, but nonetheless helps Windows 10 feel like a coherent, single operating system, no matter what device you're using.

Turning Windows on its head was never going to work.

And that's really the story of Windows 10: Microsoft righting its design wrongs. History has shown that users don't generally react well to big interface revisions. Purely cosmetic changes can slide by okay -- although you'll always upset some people -- but turning the operating system on its head was never going to work out well for Microsoft. It's spent the best part of a decade fighting, trying to force design changes that its users didn't want or need, only to revert them with the next revision. Now, after the mess of Windows 8, it's righted the ship once again. It just has to stay on this course, and make the small adjustments necessary to keep moving in the right direction.

In this article: editorial, microsoft, uk-feature, windows, windows10, windows10launch
All products recommended by Engadget are selected by our editorial team, independent of our parent company. Some of our stories include affiliate links. If you buy something through one of these links, we may earn an affiliate commission.