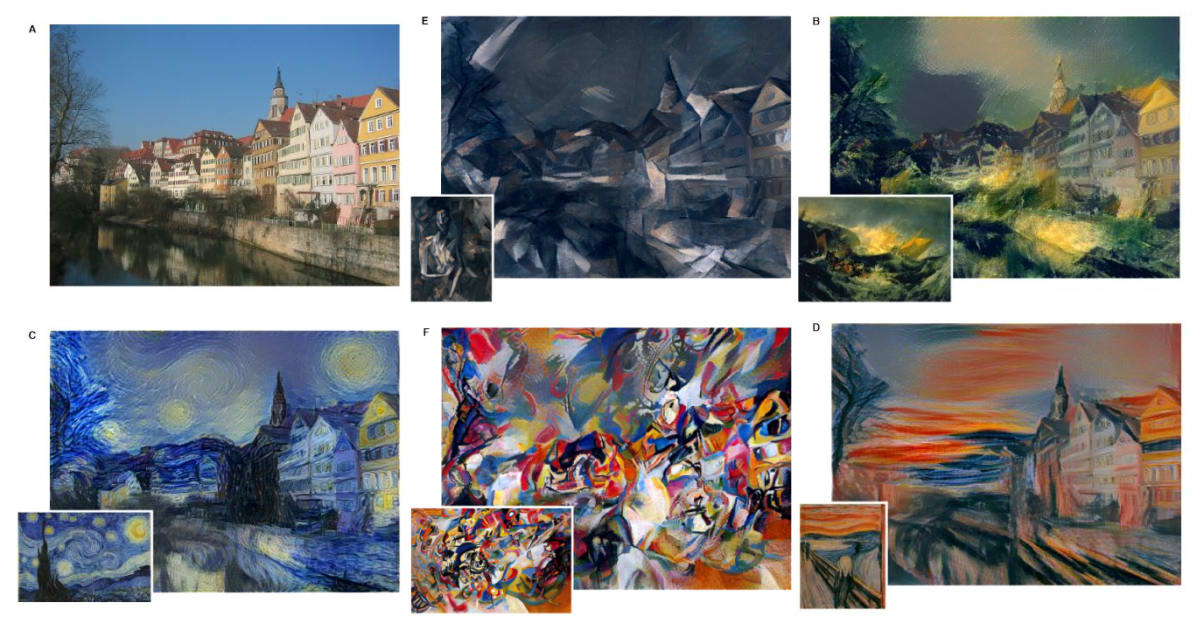 A group of German researchers have created an algorithm that basically amounts to the most amazing Instagram filter ever conceived: a convolutional neural network that can convert any photograph into a work of fine art. The process takes an hour (sorry, it's not actually coming to a smartphone near you), and the math behind it is horrendously complicated, but the results speak for themselves.

The algorithm leverages how complex neural networks process object recognition to help it rebuild photographs in the style of specific artists. On a very basic level, the network treats the art style of a source image as a "texture," and filters the target image through several layers of computational units to create a representation of it that agrees with the features of the original art. It's a pretty neat trick, but not the actual point of the group's research -- the art project is simply an example that shows that convolutional neural networks are now capable of separating the content and style of an image.

That said, researchers admit that content and style have to be carefully balanced if the output image is to make any sense -- too much focus on style, and the output image won't look anything like the original photograph. The group plans to publish an additional paper on the algorithm in Nature later this year -- but you can read the original report at the source link below.

Via: Washington Post
Source: Corell University
In this article: art, imagerecognition, NeuralNetwork, picasso, vangogh
All products recommended by Engadget are selected by our editorial team, independent of our parent company. Some of our stories include affiliate links. If you buy something through one of these links, we may earn an affiliate commission.