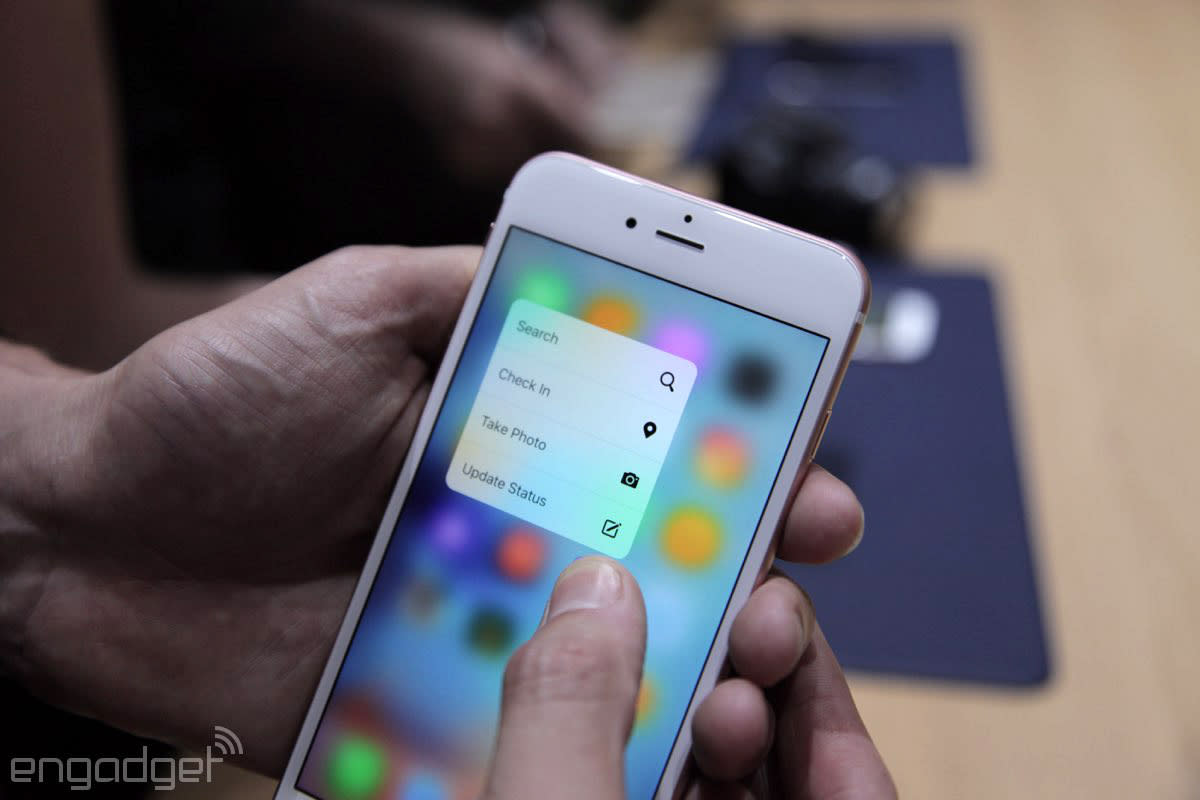 Whenever a device ships with a feature that involves always-on listening or watching, privacy concerns invariably come up -- and the iPhone 6s is no exception. In an attempt to address controversies before the 6s even ships, Apple has told TechCrunch that neither the always-on Siri voice commands nor Live Photos (which records a brief burst of video before and after your photo) are eavesdropping on you. Ultimately, Siri works like the technology you've seen on the Moto X -- it's merely waiting for a keyword, not recording whatever you say. What little memory buffer exists (for audio patterns, not sound clips) is automatically erased after a few seconds, and the feature is strictly opt-in.

It's a similar situation with Live Photos. The iPhone records a total of 3 seconds of video before and after the photo, and it doesn't save anything until you press the shutter button. Any content is encrypted both on-device and when it's headed to iCloud, too. Live Photos are turned on by default, but it's also possible to turn them off when you launch the official camera app.

These answers aren't surprising if you know how the underlying technology works, but they could be important given growing concerns over surveillance. As you might guess, a pro-privacy company like Apple doesn't want to give the impression that the NSA or the police are spying on every single conversation or photo session. It's not exactly an altruistic gesture, then, but it could prevent some manufactured drama in the future.

In this article: apple, heysiri, iphone, iphone6s, iphone6splus, livephotos, mobilepostcross, privacy, siri
All products recommended by Engadget are selected by our editorial team, independent of our parent company. Some of our stories include affiliate links. If you buy something through one of these links, we may earn an affiliate commission.