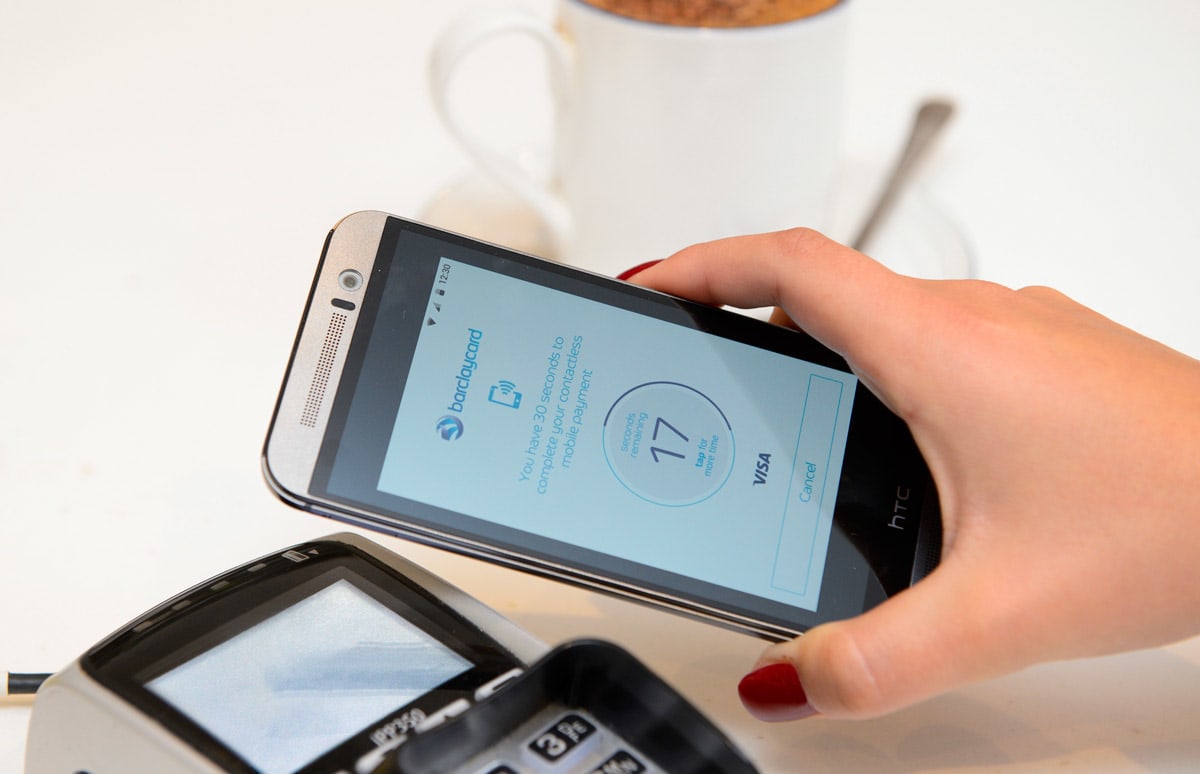 Since Apple Pay launched in the UK, several banks have been dragging their heels when it comes to supporting the contactless payment platform. Lloyds and Halifax begun a gradual roll-out just last week, casting renewed shade on Barclays, which appears to be more interested in its bPay gear (and jacket) than throwing iPhone and Apple Watch users a bone.

The banking giant said some time ago it'll eventually play nice with Apple Pay, but it's decided in the interim to turn its attention to Android users. Its credit card arm, Barclaycard, announced today that from November, its Android app will begin supporting NFC payments. These payments won't be limited to the (recently raised) £30 contactless cap, too, with transactions of up to £100 allowed with PIN authentication (similar to Apple Pay).

Additional features coming to the updated Barclaycard app include a direct line to the customer call centre to report a lost, stolen or damaged card, and receive an "instant card replacement." A new, virtual card will be added to your app so you can begin using it straight away, while you wait for the physical counterpart to turn up in the post.

As Barclaycard now has a contactless payment system in place for Android users, it might decide to forego support for platforms like Samsung Pay and Android Pay when they come to the UK in the near future, preferring to go it alone instead. Barclays continues to show a vested interest in contactless payments, but on its own terms. It's only a matter of time before Apple Pay becomes part of the equation (Barclaycards are supported in the US, after all), but Barclays isn't rushing to draft a middleman in just yet -- especially one that's expecting a cut.

Via: Press Association (Yahoo! News)
Source: Barclaycard
In this article: apple, applepay, barclaycard, barclays, ContactlessPayment, MobilePayments, mobilepostcross, nfc, NfcPayments
All products recommended by Engadget are selected by our editorial team, independent of our parent company. Some of our stories include affiliate links. If you buy something through one of these links, we may earn an affiliate commission.