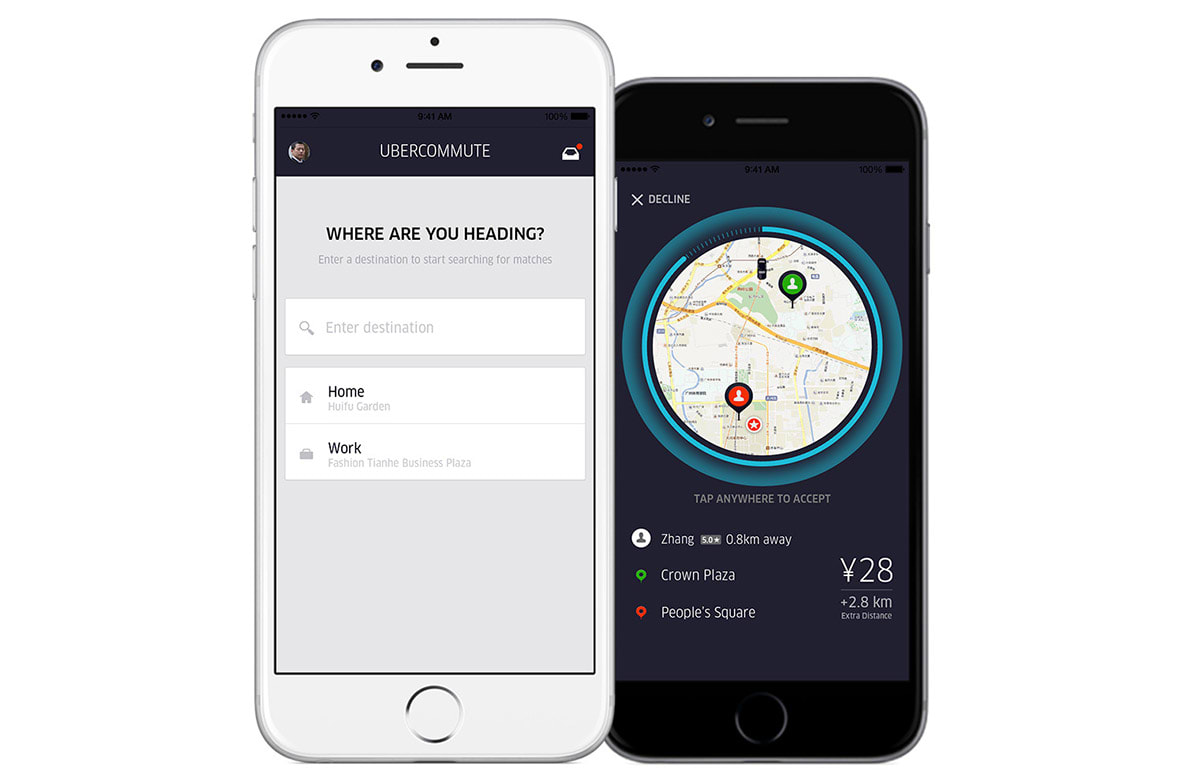 Uber has released yet another product called "UberCommute," which the company describes as "carpooling at the press of a button." Unlike the UberPool service that's geared more towards passengers willing to share rides with strangers, though, this one is specifically for drivers going to certain locations who just want to split the cost of the trip. The San Francisco firm is launching Commute in its number one city, and surprisingly, it's not a US metropolis: it's Chengdu, China. Drivers merely have to log into the app and enter their destination, and it'll show them passengers (using China's UberPool app called People's Uber+) going the same way, along with the fare they'll earn from picking them up.

The company says it launched the product in the Asian country, because people there are looking for more and new ways to travel affordably. In addition, it could also be part of the company's plan to overtake its biggest Chinese rival, Didi Kuaidi, which has been investing in Uber rivals in an effort to shift its focus elsewhere. If the service takes off in China, Uber hopes to make it available to drivers in more cities around the world.

Source: Uber
In this article: breaking news, uber, ubercommute
All products recommended by Engadget are selected by our editorial team, independent of our parent company. Some of our stories include affiliate links. If you buy something through one of these links, we may earn an affiliate commission.