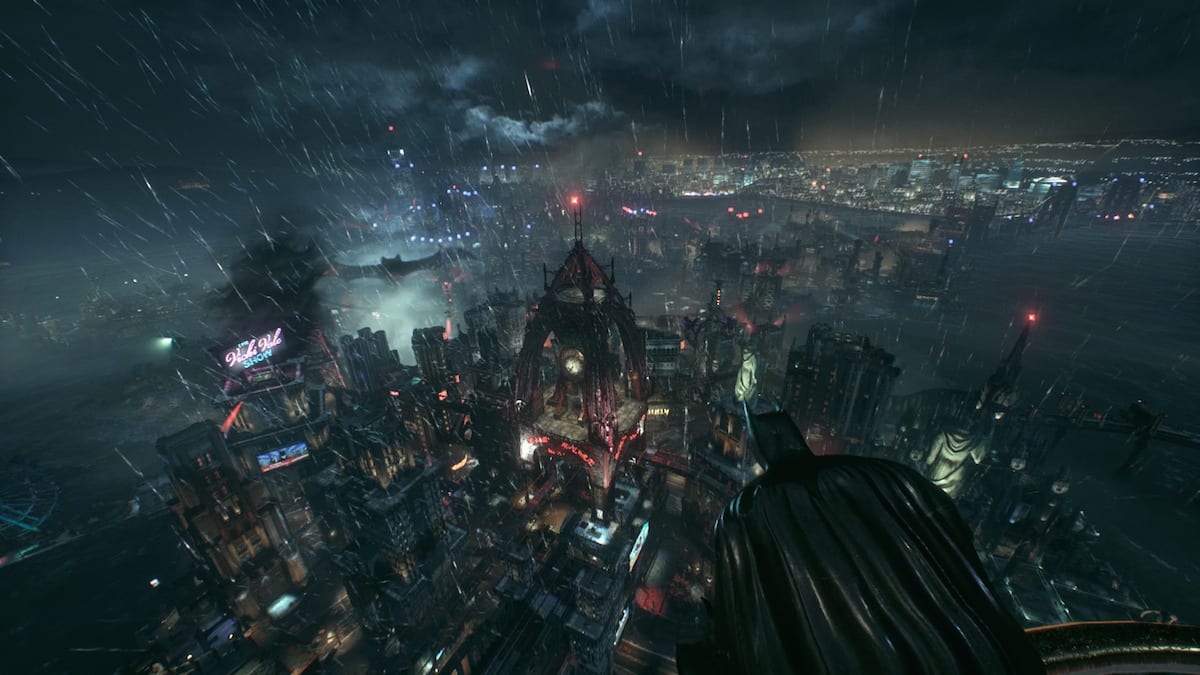 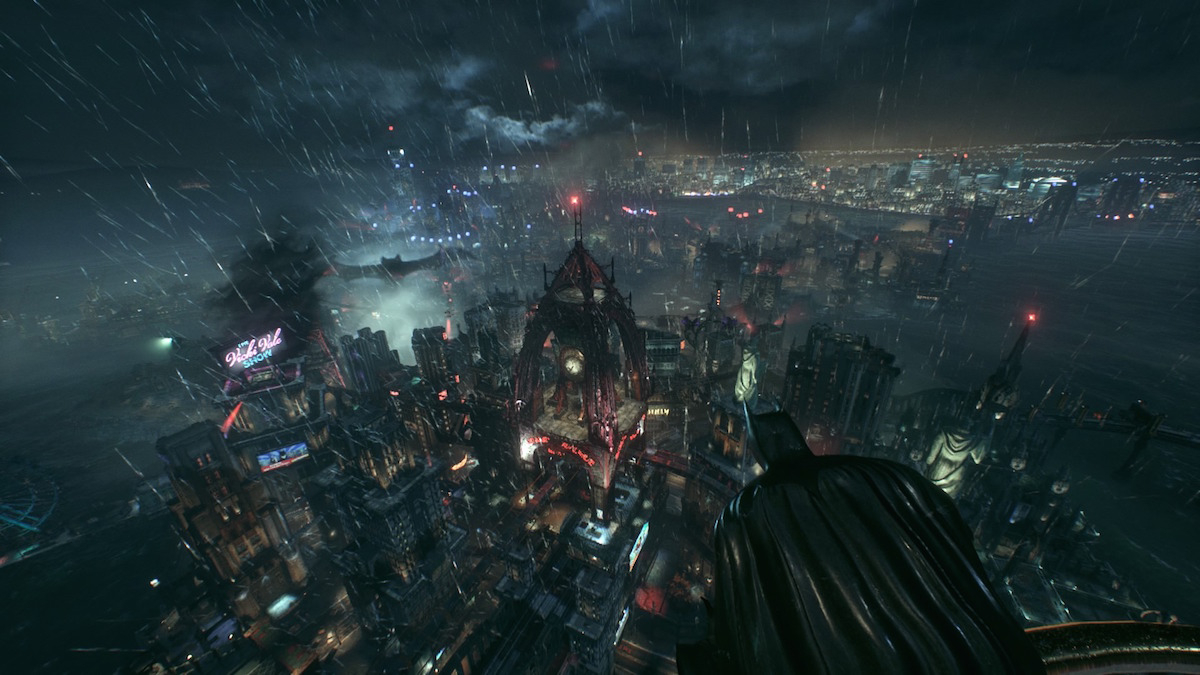 I didn't want to like Batman: Arkham Knight. In the long run-up to its release, I'd become increasingly disinterested every time developer Rocksteady Studios mentioned how the game had grown compared to its prequels. Twenty times bigger than Arkham Asylum! My eyes glazed over. Drive the Batmobile around Gotham! Yawn. My worry was that Arkham Knight would be a product of the Warner Bros. Interactive marketing department, riddling the series I love with bloat and unnecessary features solely because the PlayStation 4's and Xbox One's more powerful hardware allowed for bigger experiences. It's been a while since I was this happy to be wrong: Arkham Knight's genius is that despite its physical size, the game never feels larger than whatever carefully constructed moment you're in.

None of the myriad open-world games I've played in the past almost 14 years have come close to doing this. Grand Theft Auto V's faux Los Angeles, for example, is rife with open-world options. Whenever I'm playing Rockstar's crime simulator, I can't shake the feeling that whatever story mission I'm doing is a distraction keeping me from taking peyote and flying around as an eagle or holding up a liquor store. There are simply too many things I can do at any given moment and it's easy enough to abandon one activity and move onto the next.

Arkham Knight surprisingly doesn't suffer from this open-world ADD despite the amount of missions available -- be they subterranean races in the Batmobile, searching for the hidden-in-plain-sight Riddler statues or discovering the mystery behind crucified out-of-towners. The play space is exponentially larger than 2009's first entry Asylum, but Rocksteady's been incredibly careful to not overwhelm the player. In large part, the studio achieves this by gating progression off in a way that isn't obvious.

The game's Gotham City is separated into smaller islands and each is closed off from the next in a way that makes sense within the game's fiction: Scarecrow and the titular Arkham Knight are on the loose; raising the bridges between burgs keeps their ground forces from spreading. Rather than something like Fallout 3 plopping you in the middle of a vast, post-apocalyptic Washington, DC, and leaving you feeling utterly overwhelmed by possibility, Arkham Knight takes a heavy, but transparent, hand in controlling where you're headed.

A few missions here and a few there within a cordoned-off area and I was on to the next, just as I started feeling comfortable with the place I was in. And more often than not, those missions didn't leave the confines of their origin "island." Furthermore, rather than presenting mission-origin points as places you have to travel to, selecting your next task comes from a menu.

Arkham Knight takes a heavy, but transparent, hand in controlling where you're headed.

In that sense, Arkham Knight feels an awful lot like a linear game. I think that's why it's sucked me into its world in a way that The Witcher 3 didn't, or a Grand Theft Auto hasn't in a while: Everything feels manageable and deeply personal. Instead of 20 different missions available for me to do at any given moment, I have several and they're all only a minute or so away from wherever I am. I don't feel lost while I'm grappling around the Gotham skyline, either. There's always a voice in my ear acting as a signpost for what I need to do next, whether that's Barbara "Oracle" Gordon giving tactical advice, the ever-present threat of Scarecrow or the hallucinated Joker that pops up where I least expect him.

But there's a dark side to Arkham Knight's linearity: At a certain point, you can't just abort a mission and joyride in the Batmobile. If you're stuck in that 10-on-1 brawl, you're stuck until you have the patience again to give it another go or figure out what gadget is needed to progress (hint: It's usually the line gun). A lot of that continued motivation is driven by the narrative -- it constantly has me guessing how much more the Caped Crusader can be broken. Is Batman really Gotham's savior? That's something I'm sadly unsure of, but unlike most other recent open-world games, I'll actually finish Arkham Knight and find out.

In this article: arkham, arkhamasylum, arkhamcity, arkhamknight, batman, batmanarkhamasylum, batmanarkhamcity, batmanarkhamknight, gaming, hd, hdpostcross, OpenWorld, playstation, playstation4, ps4, RocksteadyStudios, xbox, xboxone
All products recommended by Engadget are selected by our editorial team, independent of our parent company. Some of our stories include affiliate links. If you buy something through one of these links, we may earn an affiliate commission.