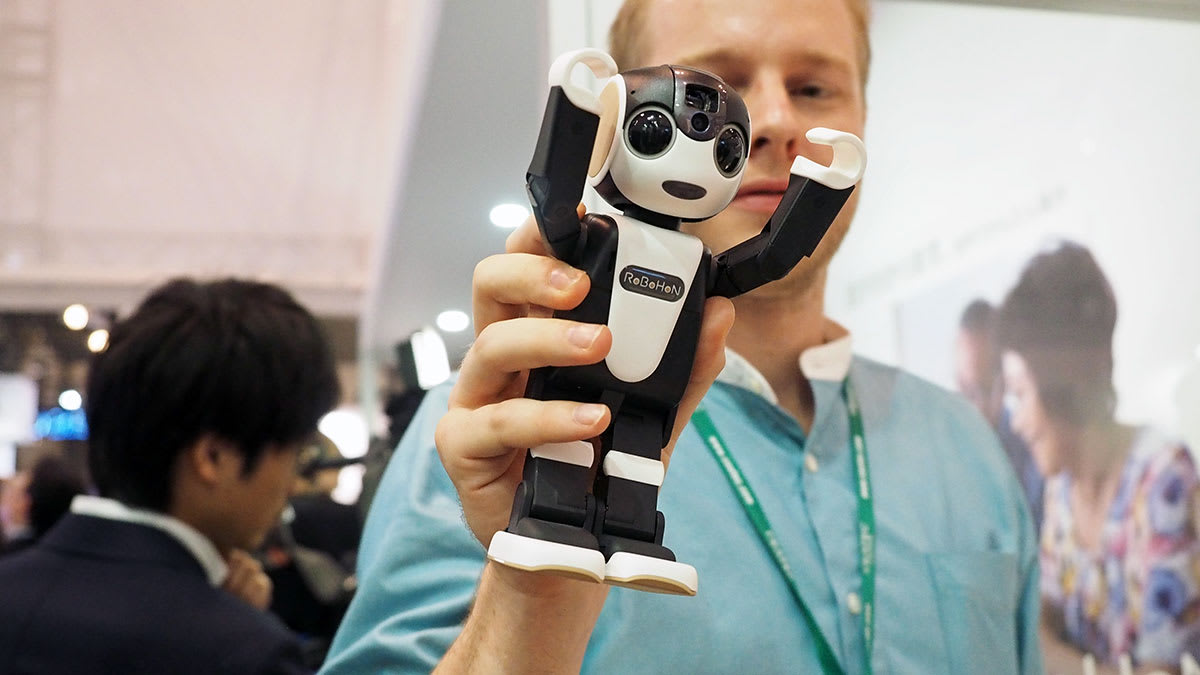 RoboHon ("Robot Phone") is the cutest smartphone ever: a (familiar looking) robot frame that fits in your pocket. It can take calls, dance, project photos, display maps and more. It's a 'bot with a smartphone inside. Yes, some will snort at the idea of a phone with a 2-inch touchscreen, but it's certainly an original notion -- unashamedly so. That said, is it innovative? Is there a point to it all? Does it really fit in your pocket? We'll know better when it launches here in Japan early next year. For now, here's a closer look in person, answering at least one of those questions.

In a battle of specs, Sharp's new phone isn't going to win. It's running a special kind of smartphone software build atop Android. There's a touchscreen, camera and 4G LTE, but it's such a curiosity as to almost belong in a separate category all its own. The touchscreen is very small and pretty basic: There's only space for four icons on each home screen. Sharp's spokesman tells us this is because the primary method of using RoboHon is by talking to it; the touchscreen is a secondary interface. (You'll still need it to confirm actions, take calls and use it in noisier places.) Soft buttons are bigger and icons are huge. It could well help the RoboHon appeal to that increasingly huge subsection of Japanese smartphone shoppers: the elderly.

Picking up the robot-phone, it feels almost like a toy, but in a good way. It made me a little bit excited to play with it. For some reason, I just plain wanted to keep it. There's a leatherish covering on both the soles of the robot's lil' booties and his ears. And like many other plainer smartphones, there's already a range of Swarovski crystal accessories. Seriously. The emblem on the front of its chest doubles as a clip, securing it as you slide it (ridiculously, adorably) into your jacket or trouser pocket. 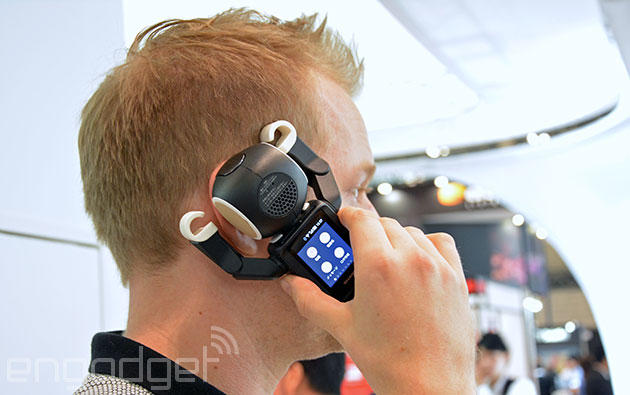 The arms and legs are articulated to walk and even offer up a dance if you ask politely enough. You'll also have to brush up on your polite Japanese, because that's all it understands at the moment. It does have a pretty decent conversational grasp, accepting different wordings and directions as needed. Voice directions encompass almost everything that the robot can do: taking photos, calling people, taking memos, responding to text messages and even projecting photos and video from the tiny pico projector lodged inside its head -- including token peace-sign photos of Engadget editors that should know better. 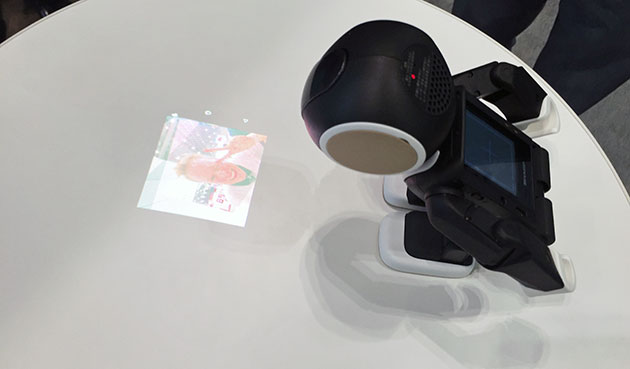 Sharp hasn't announced a price yet, but it's unlikely to be cheap. Then again, there's also nothing else quite like it.

In this article: ceatec, ceatec2015, cute, hands-on, japan, kawaii, mobilepostcross, robohon, robotphone, sharp, video
All products recommended by Engadget are selected by our editorial team, independent of our parent company. Some of our stories include affiliate links. If you buy something through one of these links, we may earn an affiliate commission.