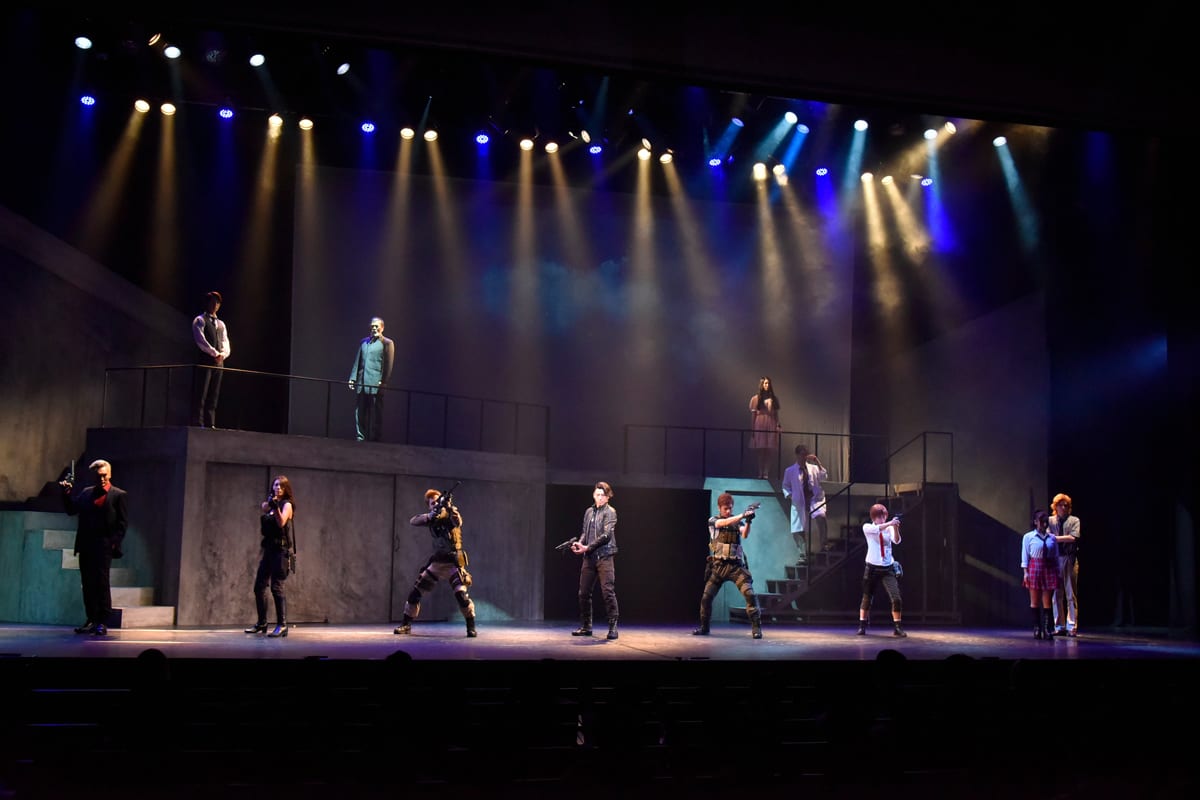 The first Resident Evil games were my favorites. With comically bad dialogue like the now infamous "Jill sandwich" meme, tension built on scare tactics, gore and the thrill of a shotgun blast, simpler was better, or at least more fun. As soon as the franchise started to take itself too seriously, I stopped paying attention. So when Capcom decided to make the video game horror franchise into a stage play, I feared it'd either steer straight into closed-space melodrama (i.e., actors trapped in a room; one has a dark secret) or that it'd simply have little to no relevance to Resident Evil. So, with trepidation, I went to see Biohazard: The Stage (the series' title here in Japan) when it opened for a limited one-week run right before Halloween. Was I going to be bored to tears? Despite an unnecessarily fashionable Tyrant and a severe lack of blood, I was hooked for all two-and-a-half hours of it. And that even included a pop-dance interlude. 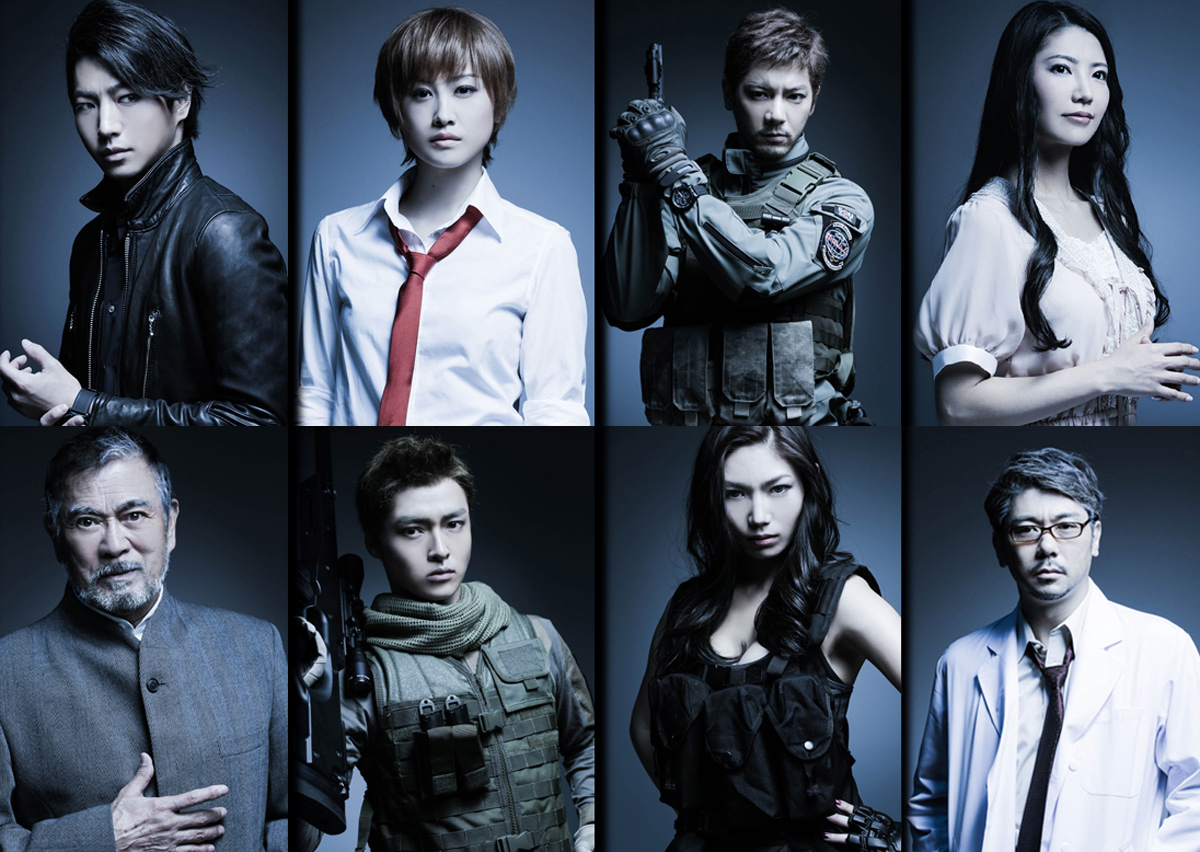 Biohazard's plot takes place somewhere between the events of Resident Evil 5 and 6. If you've played the games, you may remember Rebecca Chambers, Chris Redfield and Piers Nivans. They're all here amidst enough supporting characters to maintain the story's momentum. I'm not sure if it's canon or not, but nothing happens in this Biohazard that will have an impact on future releases in the Resident Evil universe. A sudden (and apparently unpredicted) bioterrorism incident (read: zombie outbreak) occurs in an Australian university where Chambers (of course) is now a teacher. Fortunately, Redfield and his anti-bioterror unit are already on their way there due to rumors of someone experimenting with leftover Tyrant virus. And yes, it's the crazy guy in the lab coat who also happens to have taken an unhealthy interest in one of the university's most gifted — and weirdest — students.

There's a severe lack of fake blood. And for something that's part of the Resident Evil universe, I was hoping for jugular spray antics.

There are little nods to the game series throughout the play: Scene changes are often accompanied with those loading screen doors from early Resident Evil games. Herbs can magically heal broken legs and people are almost constantly reminded to shoot zombies in the head. Once the basic outline of the the story is set up (and only two zombies have been shot), the music suddenly cranks up and we're reintroduced to all the protagonists, antagonists and the rest -- most of whom end up as zombie food.

Roughly twenty minutes in and the obligatory love interests, comedic foil and tortured university chancellor -- who is played by no less than Japanese movie legend Sonny Chiba of Kill Bill fame -- are all introduced. Yet, it's at this early point that the audience is also suddenly reintroduced to the main players. Portraits are beamed to the back of the theater and their names boom out from the speakers. Then, each one marches oddly onto the stage, takes their place in a spotlight and gives the audience their best dynamic action pose. It's a credit sequence, but one that's completely out of place. And as swiftly as it starts, it finishes and we're back to the play.

The cringiest parts of Biohazard are when the production attempts to stray too far from the confines of a stage play. For instance, when the two special agents are 'driving' in a digitally-overlayed jeep. Or, the final monster that's so far mutated it's impossible to visualize it without projected-CGI. There's also a severe lack of fake blood. And for something that's part of the Resident Evil universe, I was hoping for some jugular spray antics.

It's safe to assume that something as action-packed and gory as Resident Evil isn't going to lend itself so easily to theater. And that makes for an awkward translation. Case in point: After the intermission, things go suddenly dark. The audience hears a dog's barking, zombies groaning and the sound of the latter eating the former. Then, the play totally breaks the on-edge atmosphere by erupting into a high-tempo, electronica pop dance break. The remaining heroes ("Handsome Lead", Redfield, Chambers, Nivans and "Sexy Female Agent") fire their way through a room of zombies, timing those shots perfectly to the music. But, by this point, I didn't mind these distant leaps from the Resident Evil series I knew; my cynicism had faded away. What's more, the electronica zombie shoot-out still wasn't the most ridiculous part: There's a scene wherein Chiba cradles a rubbery, severed arm and weeps. That's the silliest part. 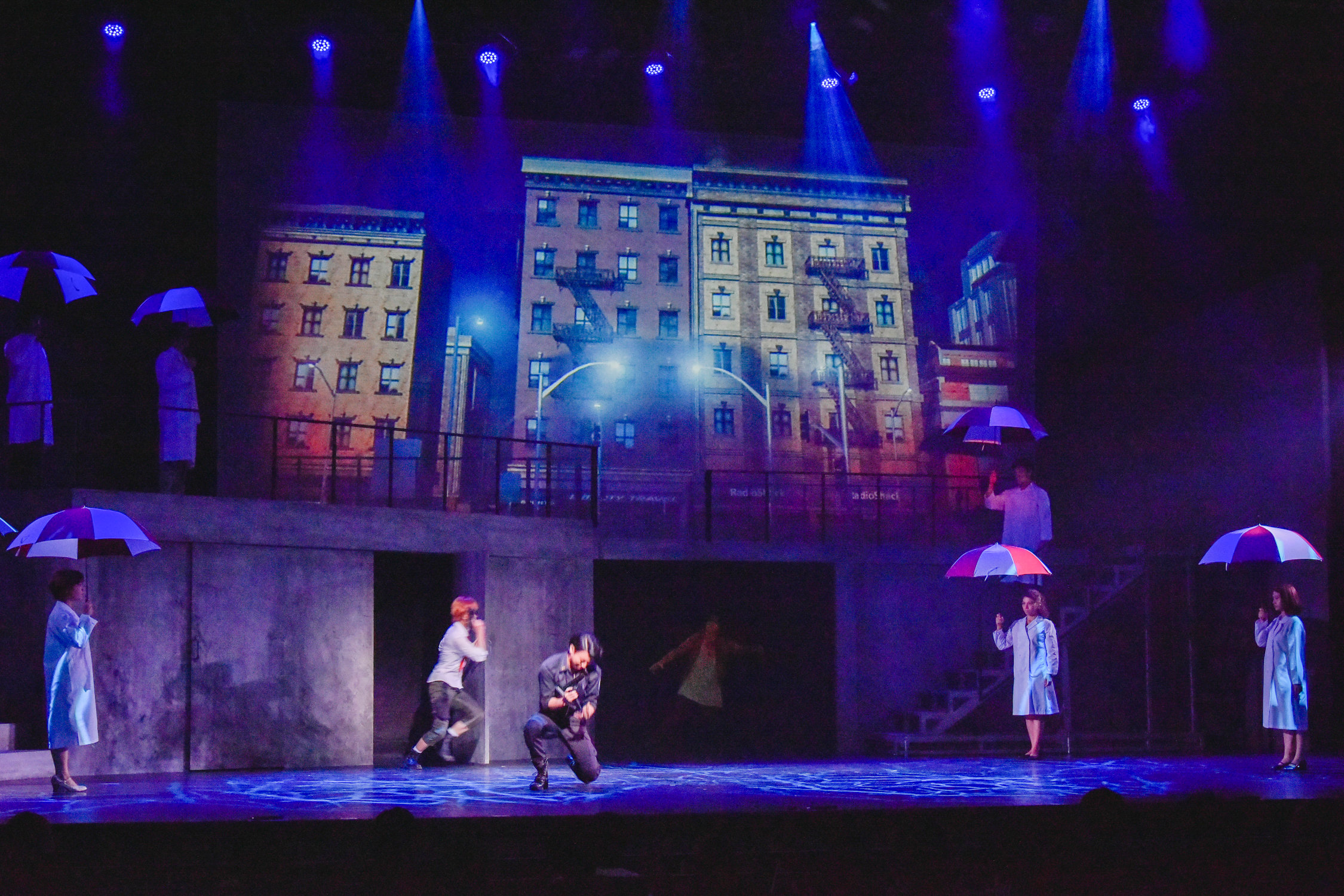 In the end, it all came together truer to the games than the movie adaptations, but it's also much, much lower on the spectacle, explosions and death count. Biohazard still manages to wrap itself up in the most Resident Evil of ways: a rocket launcher confrontation with a heavily mutated monster. It's unfortunate that the finale involves projected-CGI, but then a live stage play has its limits. Biohazard: The Stage feels faithful to the series. And, despite my misgivings, I got to see a play based on a game that's about surviving a zombie infestation -- that's pretty special.

Image credits: Sunrise Productions/Capcom
Source: Biohazard The Stage
In this article: biohazard, biohazardthestage, Capcom, halloween, hdpostcross, japan, play, residentevil, review, sonnychiba, stage, uk-feature
All products recommended by Engadget are selected by our editorial team, independent of our parent company. Some of our stories include affiliate links. If you buy something through one of these links, we may earn an affiliate commission.