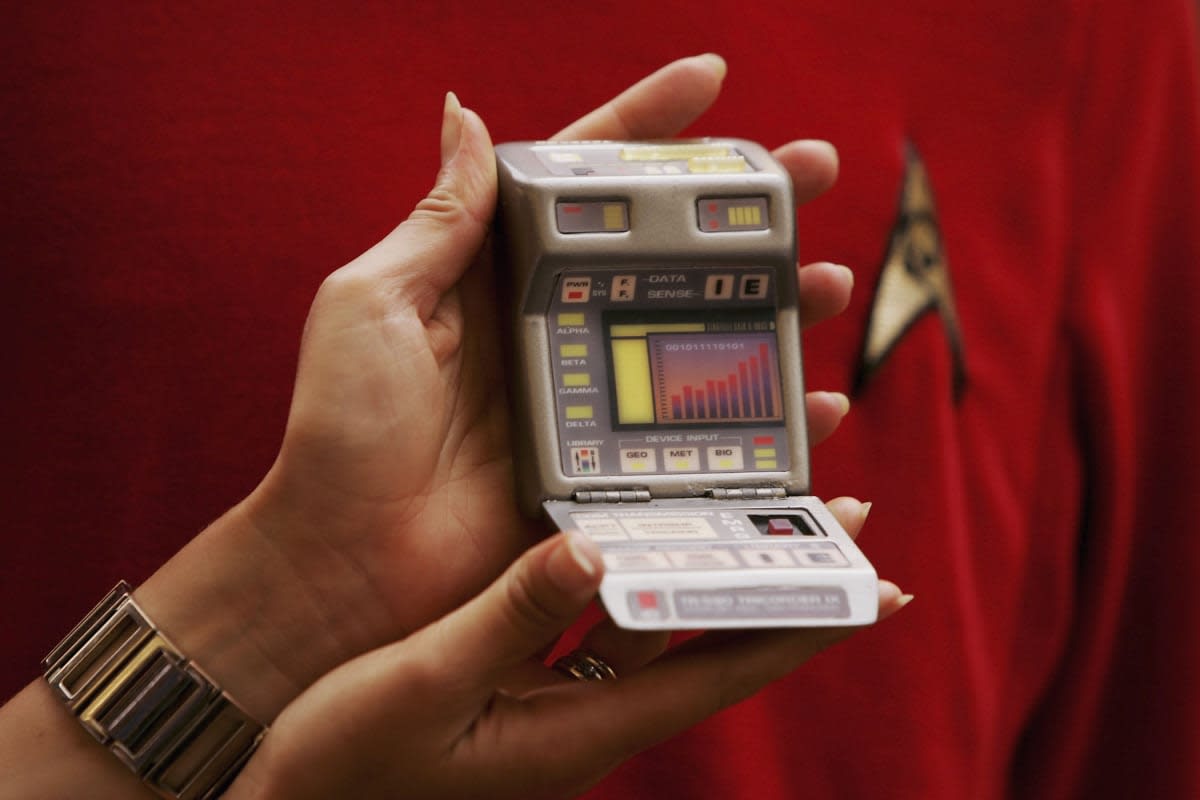 Being able to identify problems with a person's body without subjecting them to invasive procedures is the fantasy of all Star Trek doctors. There's even a prize offering a fortune to anyone who can effectively recreate the tricorder technology out in the real world. Now, Stanford scientists think that they've developed a system that, in time, could be used to spot cancerous tumors from a foot away.

This all came about thanks to DARPA, which wanted a way to find improvised bombs that were buried in soil. Researchers were able to create a detector that shot microwaves at an area of ground several feet away. The waves, of course, heat the area up, which causes it to expand and contract, and dirt will do this at a different rate than, say, plastic explosives. All the team then had to do was build an ultrasonic sensor that could identify these different state changes from a similar distance and hey presto -- a rudimentary detector.

Now, this same principle is being tweaked in the hope that it can be used to give people with a high risk of cancer a quick once-over. Cancerous tumors, you see, grow additional blood vessels around themselves to draw in extra nutrition and grow even bigger. Thankfully, these blood vessels also expand and contract at a different rate to the flesh that surrounds it. Therefore, it should be pretty easy to spot a big clump of blood vessels that shouldn't be there and say with some certainty that it's a tumor.

Pierre Khuri-Yakub, one of the project's leaders, says that we shouldn't be ending the XPrize competition any time soon. As far as he's concerned, it'll take between 10 and fifteen years before this technology is ready for use in your average hospital. Given that humanity isn't expected to break the warp barrier until 2063, getting medical tricorders in 2030 seems like a bonus.

Source: AIP, Stanford
In this article: Biology, Cancer, DARPA, Medicine, Microwave, Scanner, Stanford, StanfordUniversity, Tricorder, Tumor, video
All products recommended by Engadget are selected by our editorial team, independent of our parent company. Some of our stories include affiliate links. If you buy something through one of these links, we may earn an affiliate commission.