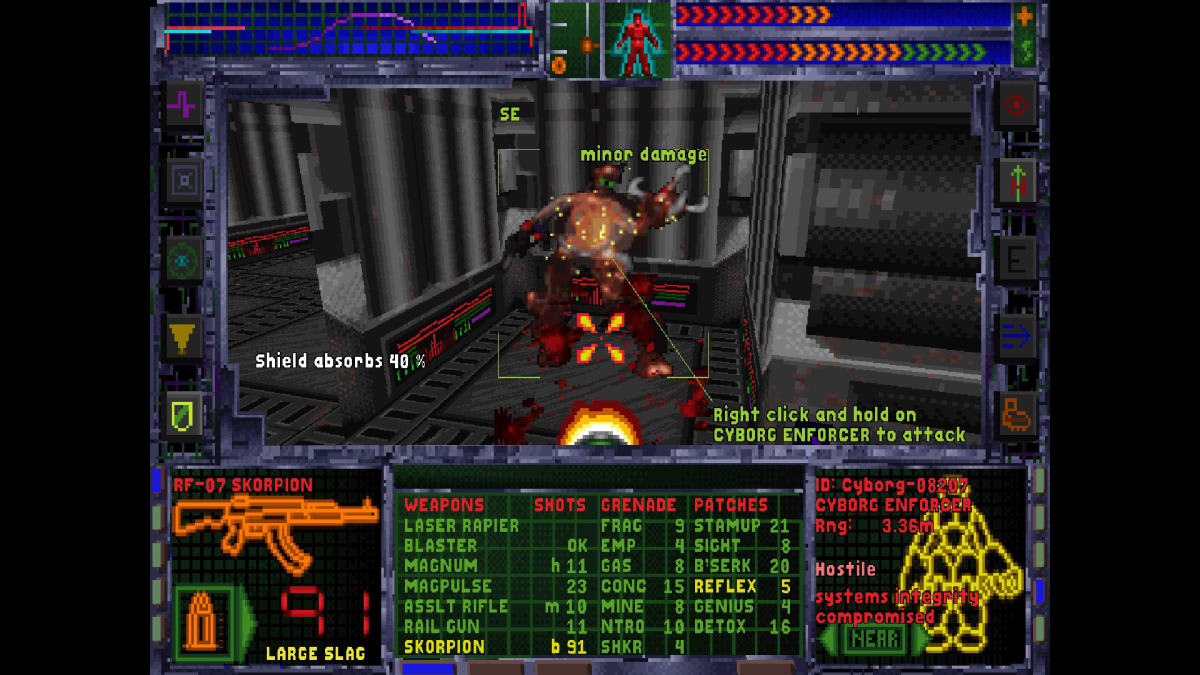 While System Shock might have only just received a facelift when it launched on GOG.com earlier this year, an entire remake of the legendary PC game is now in the works — and perhaps even System Shock 3. And if you've never heard of System Shock? You should have: both the creators of BioShock and Deus Ex were involved in the game, which is a 1994 classic in its own right. Night Dive, the same company that was tasked with this year's digital renovation, will handle the remake. It's picked up full rights to the franchise.

The team has also been working with the original title's concept artist to "reimagine his designs from the early 1990s." If you're not really into the whole remake thing, there was something else to whet appetites too: Night Dive's Larry Kuperman told Fast Company that the team is "having some conversations" around the notion of System Shock 3 — although it's currently framed around words about maybe and someday.. and would require a larger publisher than Night Dive to see it through.

Via: PC World
Source: Fast.Co
In this article: av, classicgaming, Cyberpunk, nightdive, remake, systemshock, systemshock3, timeline16vidreboot
All products recommended by Engadget are selected by our editorial team, independent of our parent company. Some of our stories include affiliate links. If you buy something through one of these links, we may earn an affiliate commission.