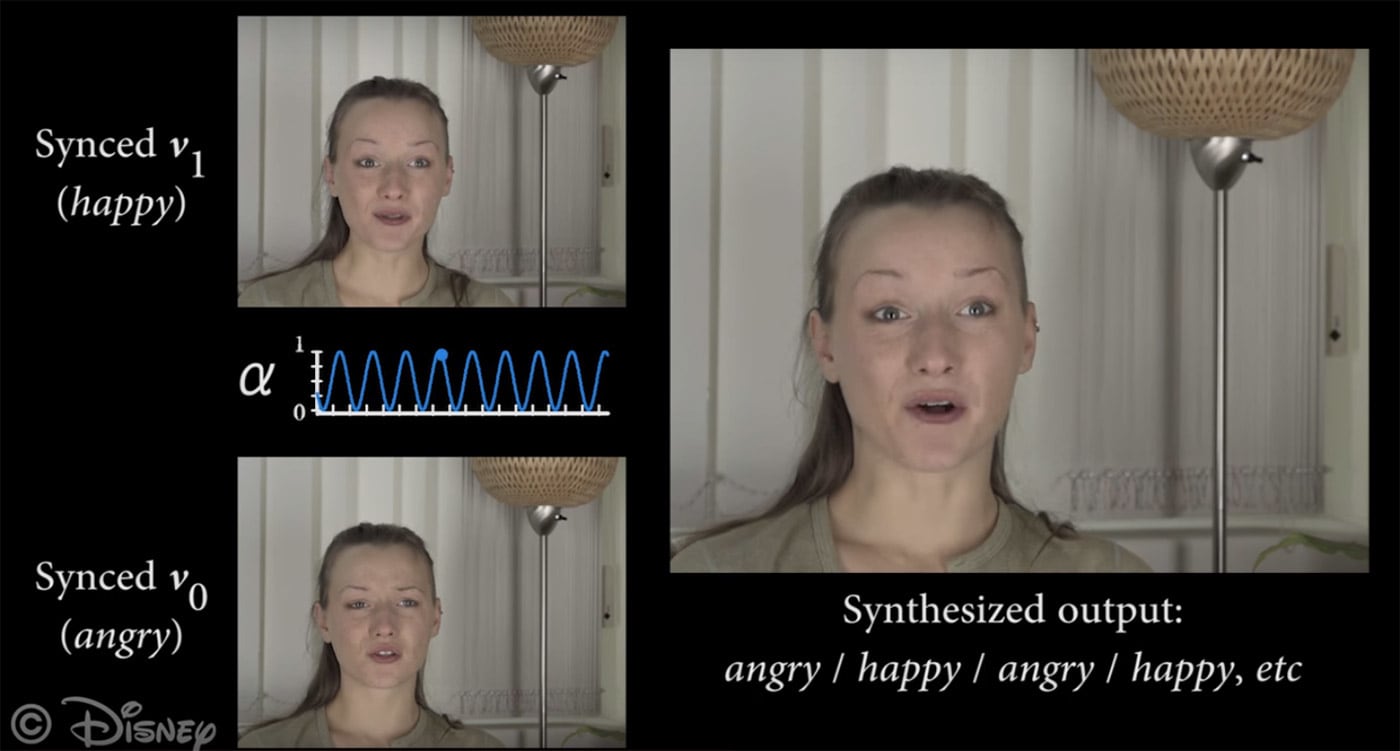 The new tool out of Disney Research's labs could turn an ingénue's semi-decent attempt into a finely nuanced performance. This software called FaceDirector has the capability to merge together separate frames from different takes to create the perfect scene. It does that by analyzing both the actor's face and audio cues to identify the frames that correspond with each other. As such, directors can create brand new takes during post-production with zero input from the actor. They don't even need specialized hardware like 3D cameras for the trick -- it works even with footage taken by regular 2D cams.

According to Disney Research VP Markus Gross, the tool could be used to lower a movie's production costs or to stay within the budget, say, if it's an indie film that doesn't have a lot of money to spare. "It's not unheard of for a director to re-shoot a crucial scene dozens of times, even 100 or more times, until satisfied," he said. "That not only takes a lot of time -- it also can be quite expensive. Now our research team has shown that a director can exert control over an actor's performance after the shoot with just a few takes, saving both time and money." Considering the lab also developed a way to make dubbed movies more believable and to take advantage of incredibly high frame rates, we wouldn't be surprised if filmmakers arm themselves with an arsenal of Disney Research tools in the future.

It's probably hard to visualize the way FaceDirector works without seeing an example, so make sure to watch the video below to see it in action.

Source: Disney Research (1), (2)
In this article: art, disneyresearch, entertainment, facedirector, movies
All products recommended by Engadget are selected by our editorial team, independent of our parent company. Some of our stories include affiliate links. If you buy something through one of these links, we may earn an affiliate commission.