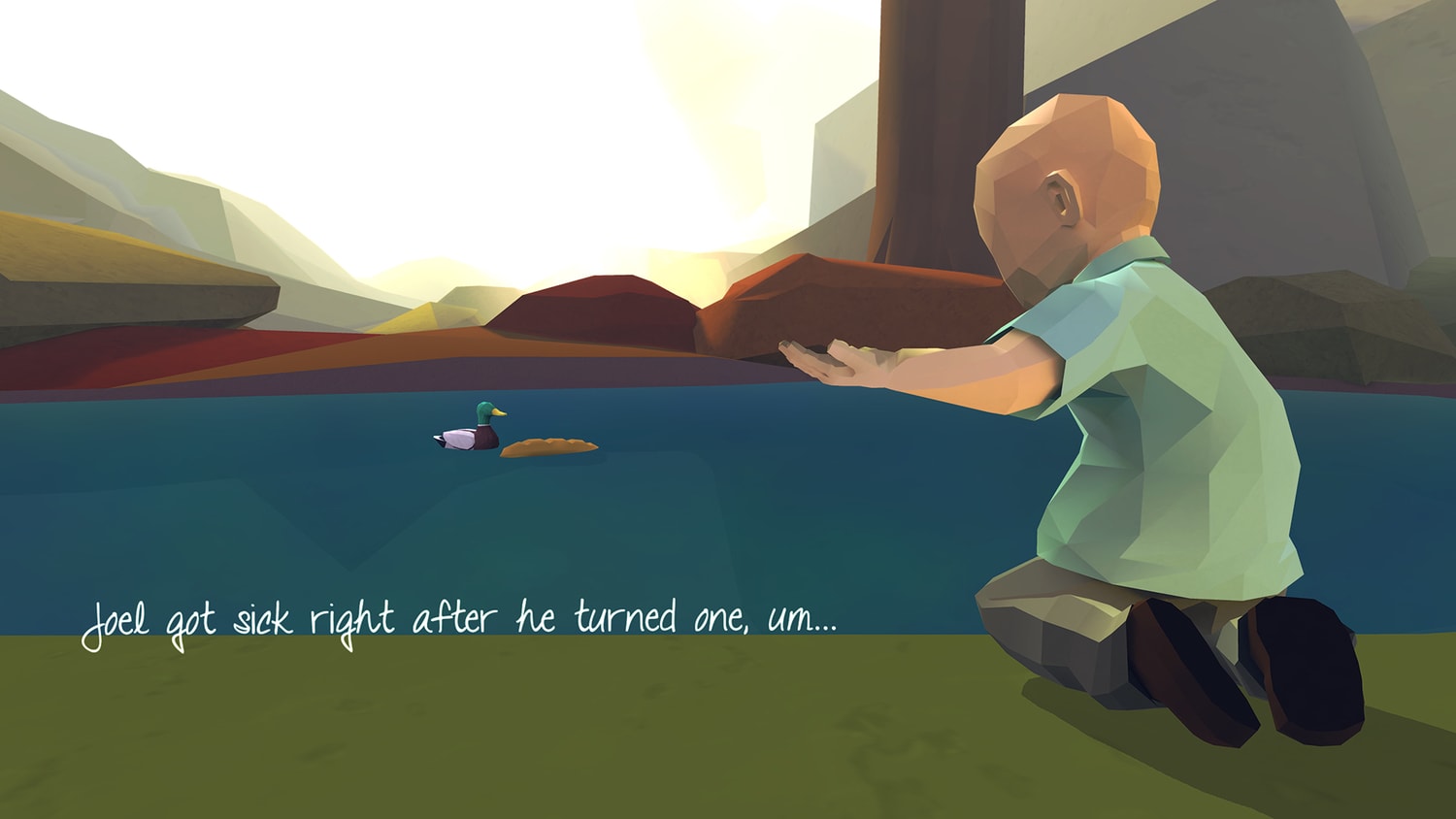 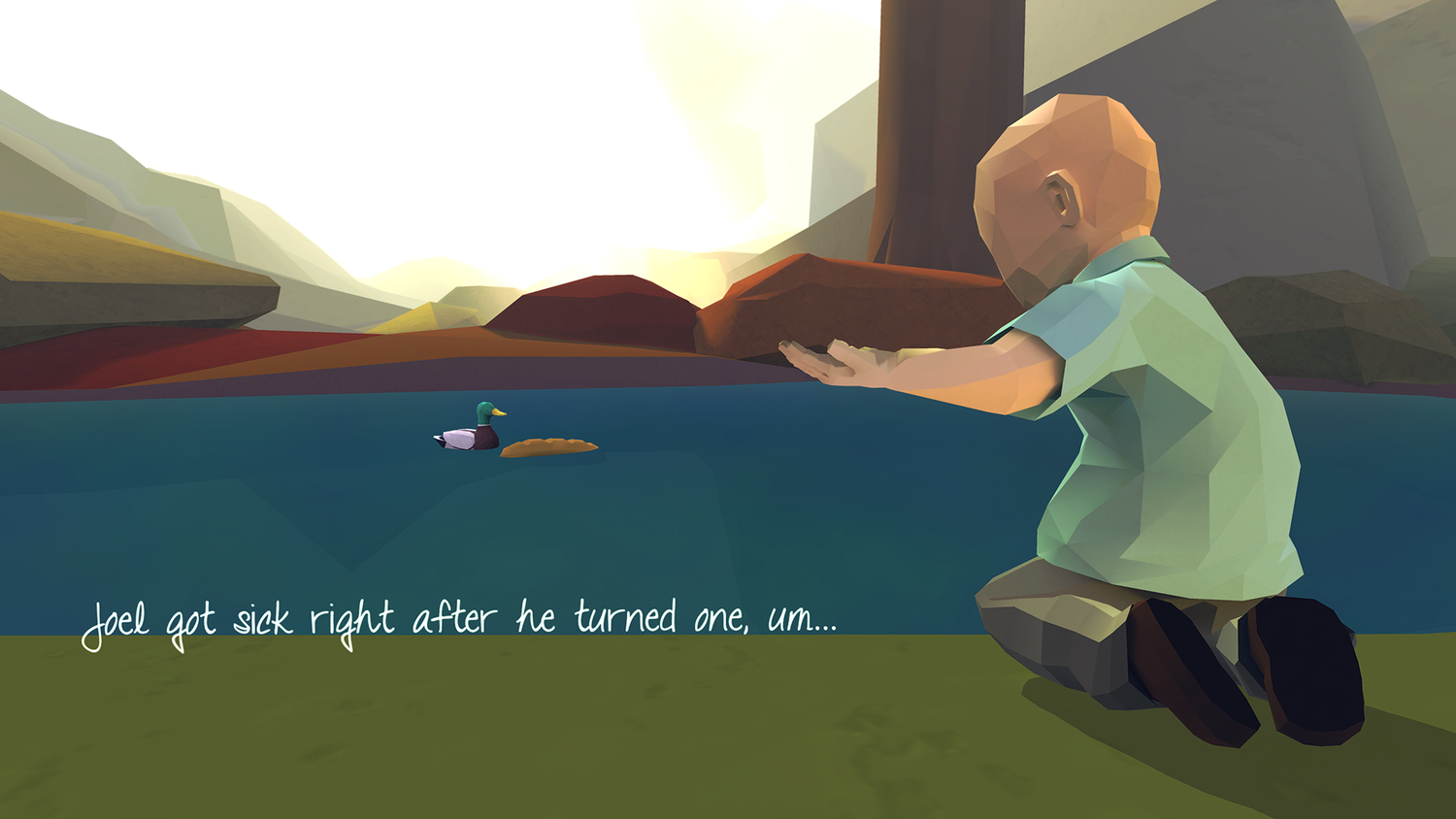 Joel Green loved pancakes. He was, and continues to be, the inspiration behind That Dragon, Cancer, a low-poly adventure game created by his father, Ryan Green, as Joel battled cancer over four years. Joel Green died in March 2014 at the age of 5.

That Dragon, Cancer isn't a dissection of everything that happened to Joel's family during his illness. Instead, it's an introduction to Joel, as Ryan Green told us in November 2014. That Dragon, Cancer is an emotional, playful, heartbreaking adventure game, and it's littered with gorgeous lines of prose. You could call it interactive poetry.

"Writing poetry has been an outlet for me from the very beginning of Joel's illness and throughout this journey, even before the start of designing this game," Green says. "To me poetry creates a feeling first, and then a deeper understanding once you dig under the surface a bit. The game is designed the same way. I hope that people receive what we're doing as poetry and take the time to find our heart in the middle of all of this, along with the feelings of joy that loving Joel brought to us." 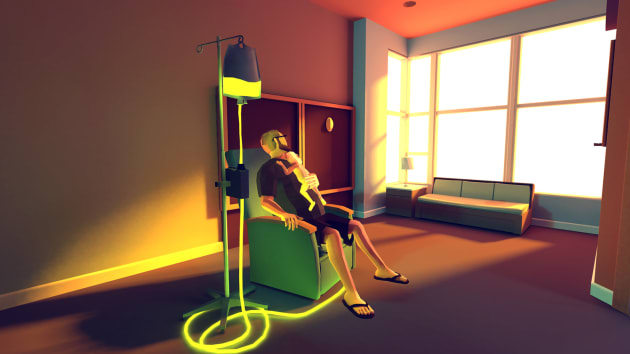 The game took shape over the course of years, as a collaboration among Ryan Green and his wife, Amy Green, plus Josh Larson and other contributors. That Dragon, Cancer hit major milestones along the way: In 2013, it secured a spot at IndieCade's E3 booth. In December 2014, the project successfully raised $104,000 on Kickstarter (plus $50,000 from Indie Fund). A documentary about the game's development, Thank You for Playing, debuted at the Tribeca Film Festival in April and has since been screened around the world.

That Dragon, Cancer's story is inherently heartbreaking. This makes marketing the game tricky, but not impossible. Remember those pancakes? They're a slice of joy, sharing space with sadness.

"Grief is often something that either someone wants to lean into or put as much distance between them and it as possible," Green says. "Our hope is that people would find value in the facing loss with us because life is a mix of so much more than just sadness and longing. There is joy and hope even in the darkest, most trying moments of our lives, and all of those experiences form us into the people we are."

In this article: art, av, cancer, gaming, Indie, JoelGreen, JoshLarson, NuminousGames, ouya, personal computing, personalcomputing, ReleaseDate, RyanGreen, STEAM, thatdragoncancer
All products recommended by Engadget are selected by our editorial team, independent of our parent company. Some of our stories include affiliate links. If you buy something through one of these links, we may earn an affiliate commission.