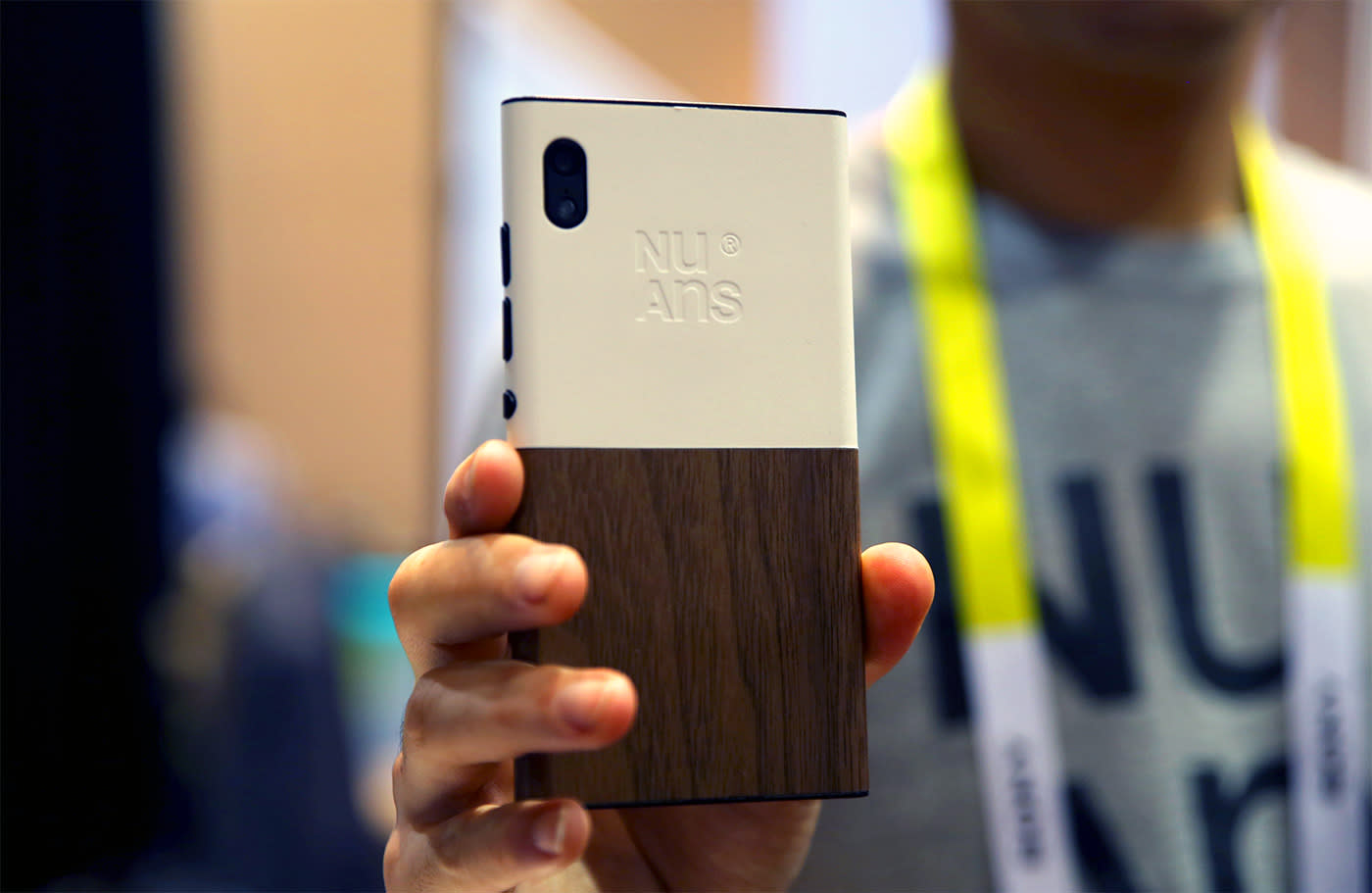 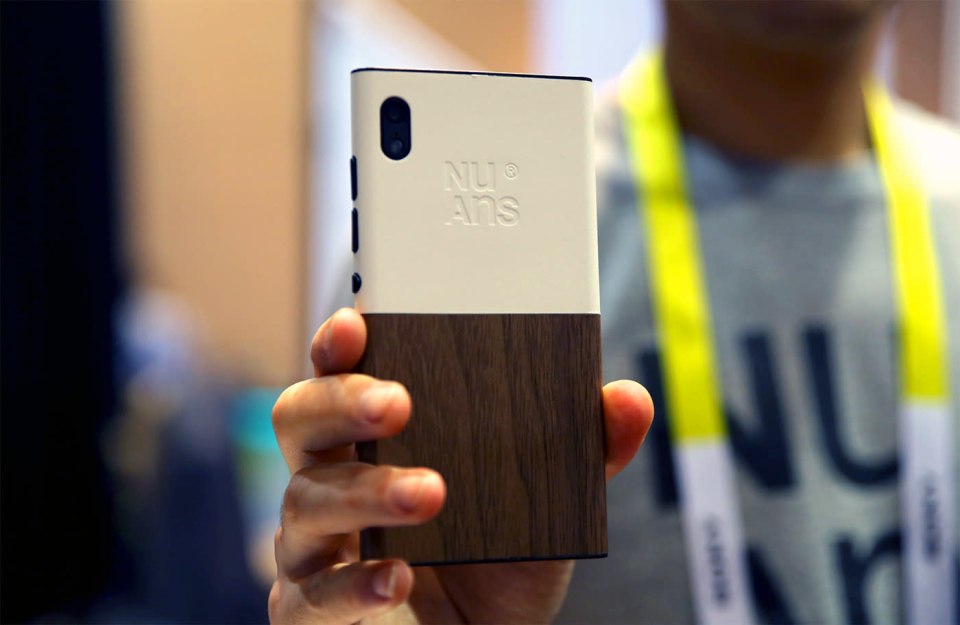 Windows 10 Mobile is still a work in progress, but a Japanese phone maker just might have made me a Microsoft convert. Maybe. NuAns' NEO is perhaps the first seriously pretty Windows 10 thanks to its unique split-back design, which couldn't be any further from the subdued style of this year's new Lumias. As it stands, there are 64 possible top-and-bottom combinations, a number that leaps when you factor in some of the secret, special edition covers NuAns is making. I don't think I could ever pull off an ostrich-leather-and-snakeskin phone, but I appreciate having the option. Even better, there's a small indent under both of removable back-halves for a credit card sized thing. We still don't have contactless transactions for the subway in New York City, but at least I'd never lose my MetroCard again. (That's not true -- I can and do lose everything.)

Much as I love the Neo's look, I can't pretend it's for everyone. For one, it's way thicker than most phones you'll find us drooling over — its waistline comes in at 11.3mm (the iPhone 6s Plus is 7.3mm thick, if you needed a comparison). Still, those generous curves do make the Neo seriously comfortable to hold onto, and the beefy 3,350mAh battery nestled inside certainly doesn't hurt either. Alas, the Neo falls squarely into mid-range territory with its 1.5GHz octa-core Snapdragon 617, 2GB of RAM and its 720p screen. All that makes me wonder how well the phone can handle Windows 10's mostly lovely Continuum feature, but maybe my fears were unfounded — a quick demo ran surprisingly well even in the unholy cluster-eff that is CES Unveiled. The same could be sad for the phone's overall performance, which ran without hiccups despite the hardware not technically being finished.

Smitten? Join the club. While the Lumia 950 and its even more powerful cousin pack still more horsepower, there's something to be said for a device that manages to hit you right in the feels.Too bad that the NEO's creators aren't sure the phone will ever make its way stateside — the LTE bands it supports have been tailored for Japan and they need to lock down a distributor before they go the trouble of reconfiguring (or even replacing) the silicon involved. They can't afford to release the Neo in a small limited run for avid collectors; they'd have to churn out a few thousand American models to make the the effort worthwhile. Don't count these folks out just yet, though: as I was walking away, one of Indiegogo's higher-ups was trading contact info with NuAns' co-founder.

In this article: ces2016, gear, hands-on, japan, mobile, neo, nuans, smartphone, timeline16cesdayone, windows, windows10, windows10mobile
All products recommended by Engadget are selected by our editorial team, independent of our parent company. Some of our stories include affiliate links. If you buy something through one of these links, we may earn an affiliate commission.