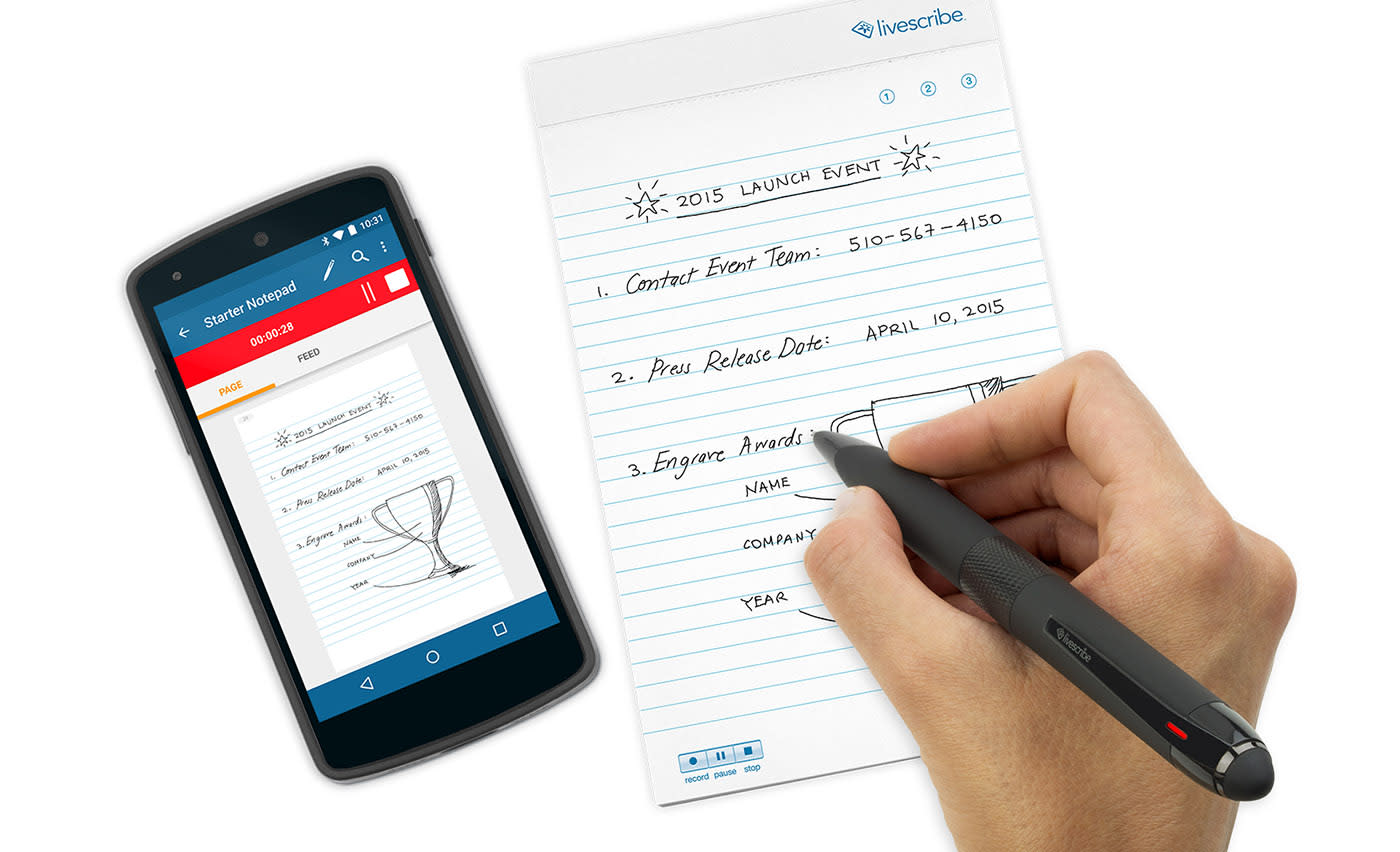 Livescribe had the canny idea of letting you digitize your art by drawing with ink on actual paper, and it's trying to make the drawing experience better with the Livescribe 3 Black Edition. The pen has a grippy matte black finish with a glass-reinforced black clip and a subtle change in balance that was requested by some of the company's customers. We take that to mean that artists or perhaps lovers of calligraphy wanted something more akin to a professional tool.

Along with the pen, the company also released a new version of its Livescribe+ mobile app. The new version now supports vector strokes for PDF files, which should make it more useful for users of vector-oriented graphics programs like Adobe Illustrator. The app will be updated for Android and iOS sometime in the next couple of weeks, and the Livescribe 3 Black Edition is now available for $150, which puts it on par with the regular Livescribe 3 and $50 less than the Pro edition. If you're looking for something that can store a pen strokes and sync to a Mac or PC, you probably want the $200 8GB Echo Pro pen, instead. In this article: BlackEdition, CES2016, Digitizing, gadgetry, gadgets, gear, Livescribe, mobile, Moleskine, paper, Smartpen, VectorGraphics
All products recommended by Engadget are selected by our editorial team, independent of our parent company. Some of our stories include affiliate links. If you buy something through one of these links, we may earn an affiliate commission.