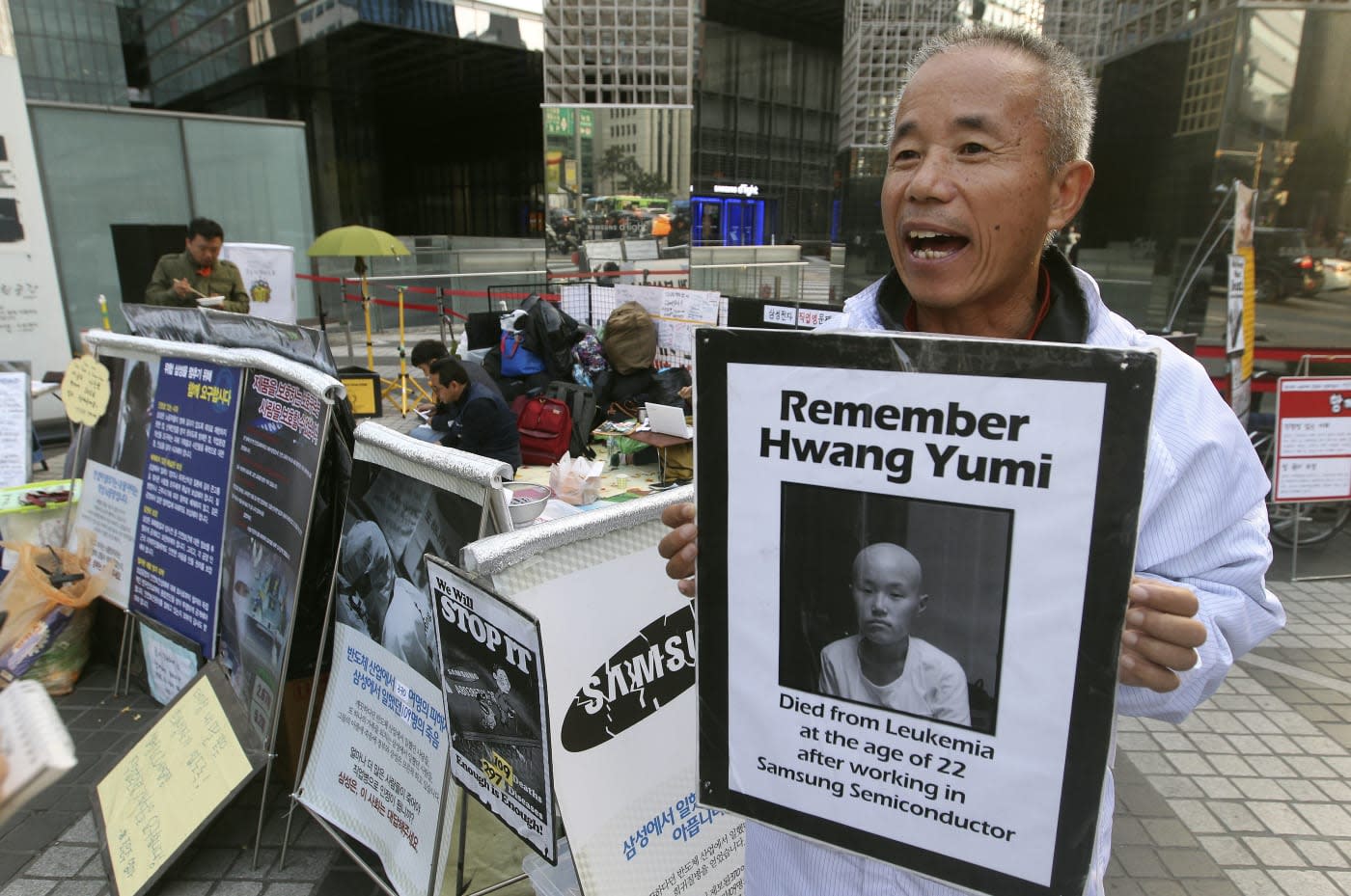 Samsung has agreed to allow inspectors into its plants as part of a deal with plant workers who contracted cancer and other workplace maladies. The company signed the document with two groups that represent ailing workers and their families. All three sides chose a labor law professor as ombudsman to head up and choose the inspection team, and checks will run for three years, with an option for three more. The company also agreed to disclose more info on chemicals it uses in its chip and display plants, and will open a clinic for workers.

Samsung recently agreed to set up an $85.8 million fund to compensate workers for illnesses. According to one of the activist groups, Sharps, over 200 workers have fallen ill at Samsung's factories and nearly 70 have died. Rumblings about unsafe conditions at plants started in 2007 after the death of Hwang Yu-mi, a chip plant worker who died of leukemia at the age of 22. Samsung has also suffered a spate of accidents in the last few years that killed several employees and injured others.

They need to make a clear promise not to let this happen again, and they need to resolve the compensation issue through the talks.

With that record, you'd think that the South Korean government would force Samsung to undergo rigorous inspections. However, according to Sharps, "many of of the company's 80-plus affiliates have high regulatory ratings that exempt them from regular safety inspections." It claims that "incentivizes the Samsung companies to cover up ... incidents, in order to remain exempt from government inspections."

Sharps signed on to the inspections, but won't endorse the compensation payments until Samsung admits responsibility for the illnesses. However, Samsung denied culpability, saying that while radiation and chemical limits in its plants were above normal, they were still within legal limits. Hwang Sang-ki, the father of Hwang Yu-mi and subject of the Korean film Another Promise, said last year that he hopes Samsung doesn't try to sweep the problem under a rug. "They need to make a clear promise not to let this happen again, and they need to resolve the compensation issue through the talks."

In this article: business, culture, Factory, gadgetry, gadgets, illness, Inspections, Leukemia, Safety, samsung, Semiconductors, workers
All products recommended by Engadget are selected by our editorial team, independent of our parent company. Some of our stories include affiliate links. If you buy something through one of these links, we may earn an affiliate commission.