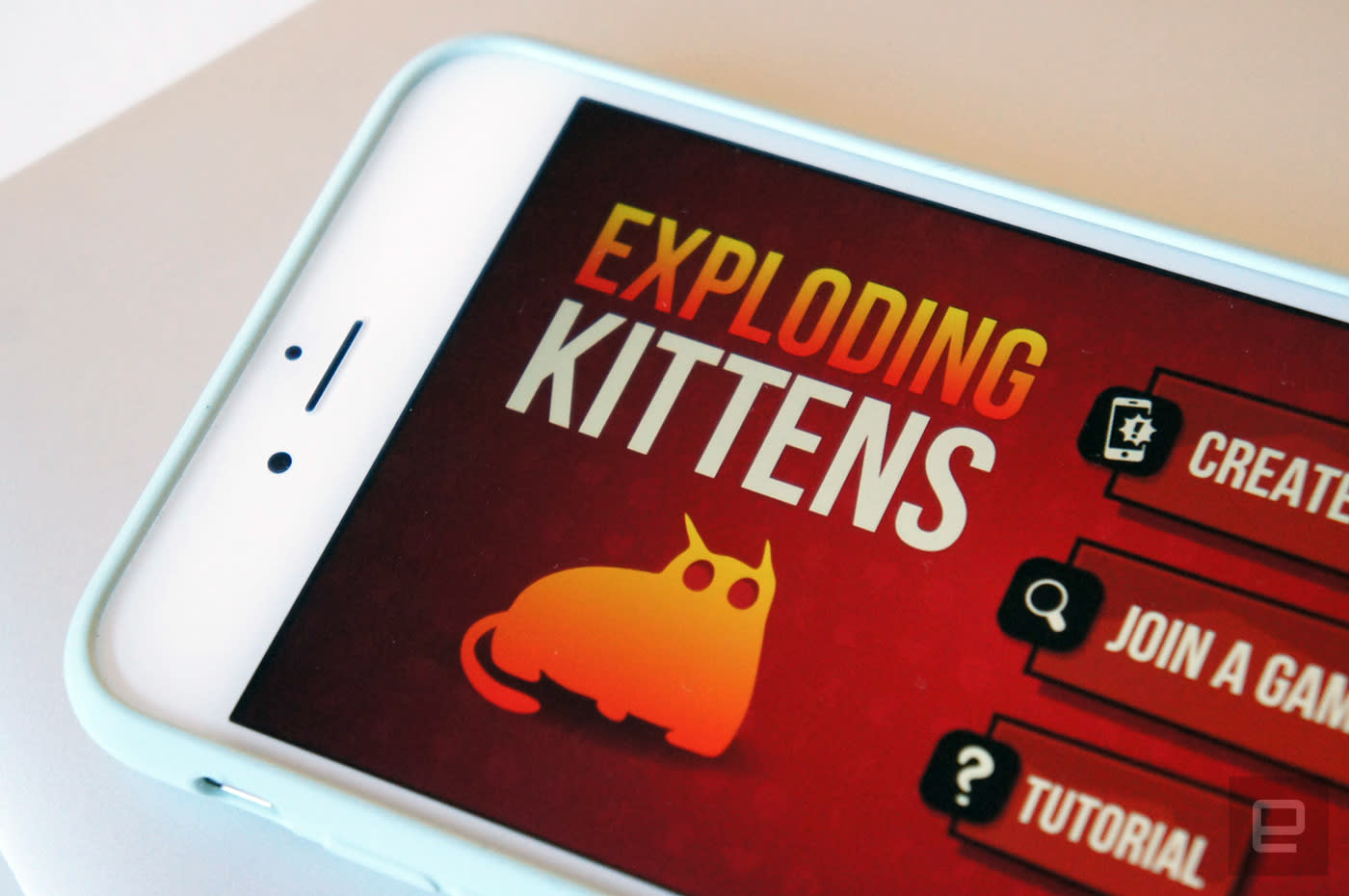 The Exploding Kittens card game became an overnight sensation thanks to Kickstarter, and now it's on your smartphone. Available on iOS now, and Android "soon," the multiplayer-only game has you doing everything in your power to avoid the titular exploding kittens and be the last person standing. Much like the hit mobile game Space Team, Exploding Kittens doesn't require an internet connection for multiplayer. Instead it creates an ad-hoc network between up to six gamers using Bluetooth in WiFi.

Exploding Kittens was created by creative director Shane Small and alternate reality game (ARG) designer Elan Lee, with artwork coming from The Oatmeal's Matthew Inman. It raised almost $9 million from 219,382 pledges, and still holds the Kickstarter record for "project with most backers." It costs $1.99 on iOS, and for the next four days all in-app purchases (additional decks, avatars, etc.) are free of charge.

In this article: explodingkittens, games, gaming, ios, mobile
All products recommended by Engadget are selected by our editorial team, independent of our parent company. Some of our stories include affiliate links. If you buy something through one of these links, we may earn an affiliate commission.