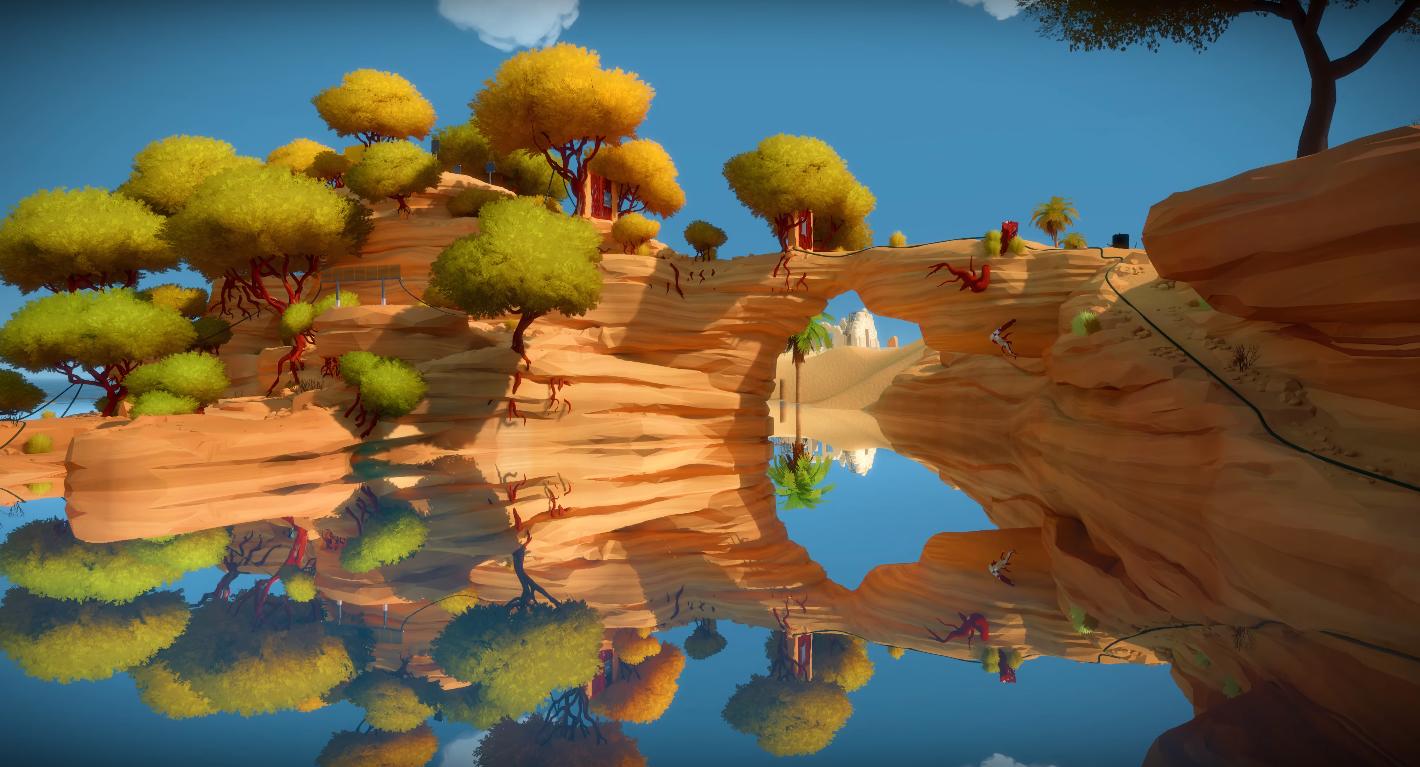 His first game changed independent gaming. His next game comes out on Tuesday.

In the world of independent games, there is "before Braid" and "after Braid." Before this game hit Xbox Live Arcade in 2008, "indies" were barely a blip on the industry's radar -- but Braid landed in players' living rooms like an atomic bomb. It helped shake up the status quo and proved that one game made by one person could change the industry. Braid also changed its creator, Jonathan Blow, into a millionaire and a living legend.

Blow hasn't released a game since Braid. But, he's about to: The Witness is a mysterious exploration and puzzle experience coming to PlayStation 4 and PC on Jan. 26. Once again, Blow has invested everything -- years of energy and millions of dollars -- into his new project. Unlike last time, he now has a small studio, 84,000 followers on Twitter, he's a documentary-film star, and speculation about his next game has been swirling for nearly seven years.

"I don't feel accountable to the world to make things for them," Blow says. "I look out there at the games that are really popular and they're not really usually the games that I'm excited about. It's fine if it's somebody's job to make the biggest hits, and apparently that job is for Rockstar or Ubisoft or something. ... I'm doing something different." The Witness may be different, but it's not alone.

Just as "indie" was an emerging industry when Braid busted down its doors, today's market of "big-budget independent games" is just starting to take off. Titles like Gone Home, The Stanley Parable, Super Meat Boy, Contrast and Dear Esther have hit it big and spawned a fresh round of unofficial "AA" development. These studios are not quite indie, since they often have direct sources of funding and an invested audience, but they don't belong with the publicly traded, AAA crowd, either. AA companies have come and gone, but now it's easier than ever for small studios to reach vast audiences instantly. With established brands, digital distribution and a growing mainstream audience, big-budget indie is a brand-new market.

And it's exactly where The Witness fits in.

"This is a really big game," Blow says. "It's an indie game in the sense that nobody could tell us what to do; we made it ourselves, we funded it ourselves and all that. But in terms of scale and ambition, it's really not in the same category anymore as almost anything you would see under the 'indie game' category on like Steam or PSN or something. It's not quite AAA, either. It's in the middle somewhere." The independent-gaming industry didn't evolve exactly as Blow once predicted it would. After the release of Braid, he thought the indie boom would fizzle out within a few years. But as the months rolled on, indie kept kicking.

"I was wrong on that account," Blow says. "I think at this point things have kind of renormalized. I don't think the indie bubble bursting means that people can't make indie games that are successful anymore. Obviously, that's not true. But it's much harder. You can't just make a game that's good and put it out and expect people to buy it."

Independent games are still finding their footing, but today they're an ingrained, generally beloved, presence in the video game universe. Indie projects balance out the mainstream world of online shooters and cinematic cutscenes; they're the plucky yin to Call of Duty's yang. Modern tools and online resources make it easier than ever for amateur developers to create their own games, and for years now one of the indie scene's most pressing problems has been oversaturation, a consequence of its own sudden success. As painful as it is for creators, this market factor could be a sign of maturity for the video game business. Other established industries face issues of oversaturation, too, including film and literature.

"If you write a novel, it could be a really good novel, but good luck getting people to read it," as Blow puts it. "I mean, how do you even get people to pay attention to you?"

Blow doesn't have that problem with The Witness. "I have the advantage of having a track record," he says. "There are people out there who know who I am and expect the next game to be good. And that matters a lot."

After about seven years of development, The Witness has ballooned into a massive exploration game with roughly 700 puzzles. It's a dense, yet soothing, experience. There are secrets layered in the game and bits of story sprinkled throughout its scenery, though Blow says some players will never consciously encounter the game's narrative. Putting the pieces together is simply not necessary. With such a subtle storyline, I ask Blow if players will find a clear message in The Witness.

"Every time I give an answer to this kind of question, it's the sort of thing that people on forums gripe about," Blow says. He assures me that there is a narrative in The Witness, but it's in the background for players who really want to find it. "Unlike a game like Braid, where it's pretty easy to find all the fiction parts, in this game they're not so easy to find. And they're much smaller in proportion. ... For the most part, if you're playing it, it's a relatively quiet experience."

The Witness is not quite indie, not quite AAA. It's a huge, calm exploration game with a subtle story, or no story at all, depending on how closely you're paying attention. For the mainstream video game industry, it's an intensely different experience. For Jonathan Blow, it's business as usual.

"If I was trying to make a big hit, I wouldn't make a game that's about walking around drawing mazes," Blow says. "That mission statement does not excite anybody. And yet, somehow, I got a really amazing game out of it."