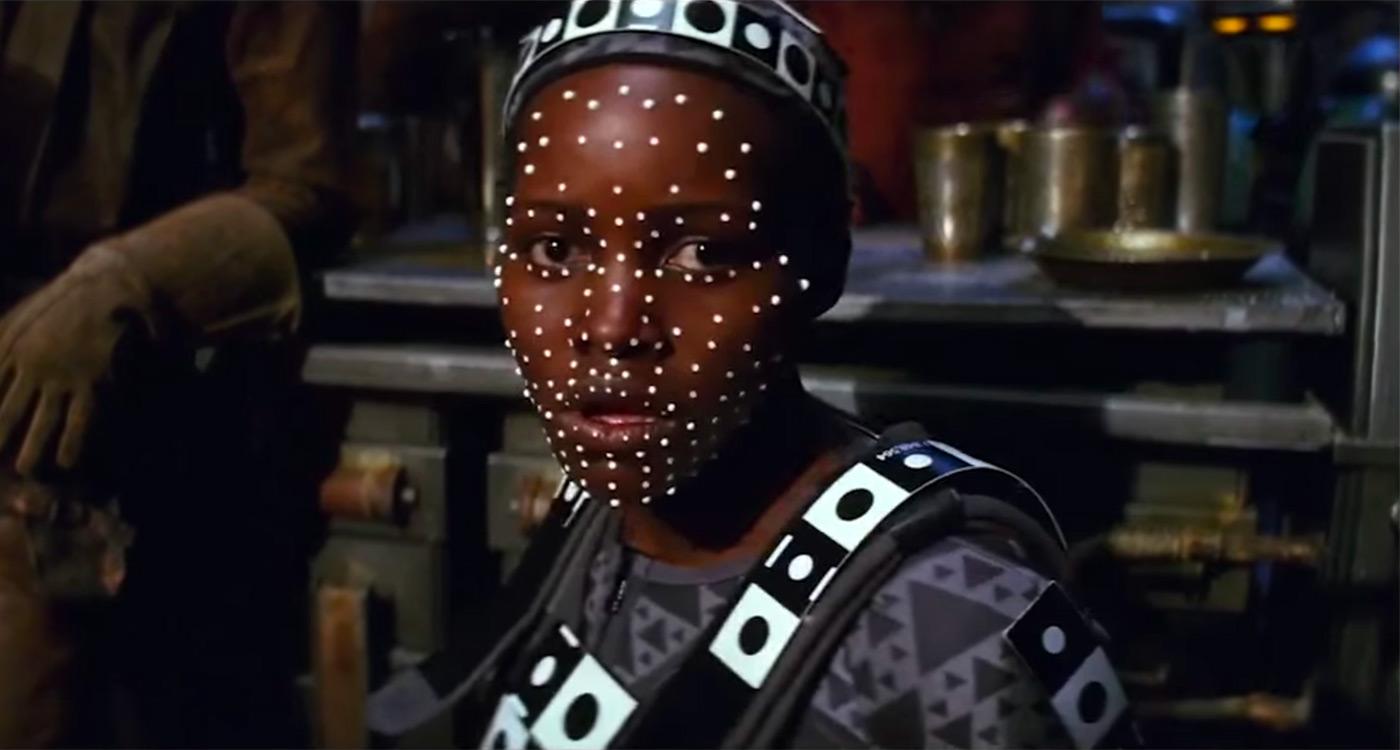 Heads-up: spoliers ahead. It's not shocking to hear that the frequently practical visual effects of Star Wars: The Force Awakens are still loaded with computer graphics, but you might be surprised to know just how much effort went into blending real people with virtual characters and worlds. Both IAMAG and FXGuide have posted clips showing the work involved, and it's clear that there's a whole lot more involved than green screens. The highlight by far is the rendition of barkeeper Maz Kanata. Lupita Nyong'o wore a special, patterned suit to let her perform on-set, and performed separate motion capture sessions (using a stereo head rig) to get her expressions down pat. The team also used software to tweak Maz's facial features after the fact.

There's more to the videos than that, of course. They show how computer-generated visuals were incorporated into more scenes than you might expect (Finn searching the TIE Fighter crash site, for example). Also, it reveals how even brief moments require numerous effects passes and extreme detail, such as Rey's scavenging and a dramatic pull-out shot that starts in an X-Wing cockpit. Whether or not you're a big fan of The Force Awakens' approach, it's evident that the team was pushing the limits of what modern CG can do.

In this article: av, cg, entertainment, motioncapture, movies, specialeffects, starwars, starwarstheforceawakens, TheForceAwakens, TL18CG, video
All products recommended by Engadget are selected by our editorial team, independent of our parent company. Some of our stories include affiliate links. If you buy something through one of these links, we may earn an affiliate commission.