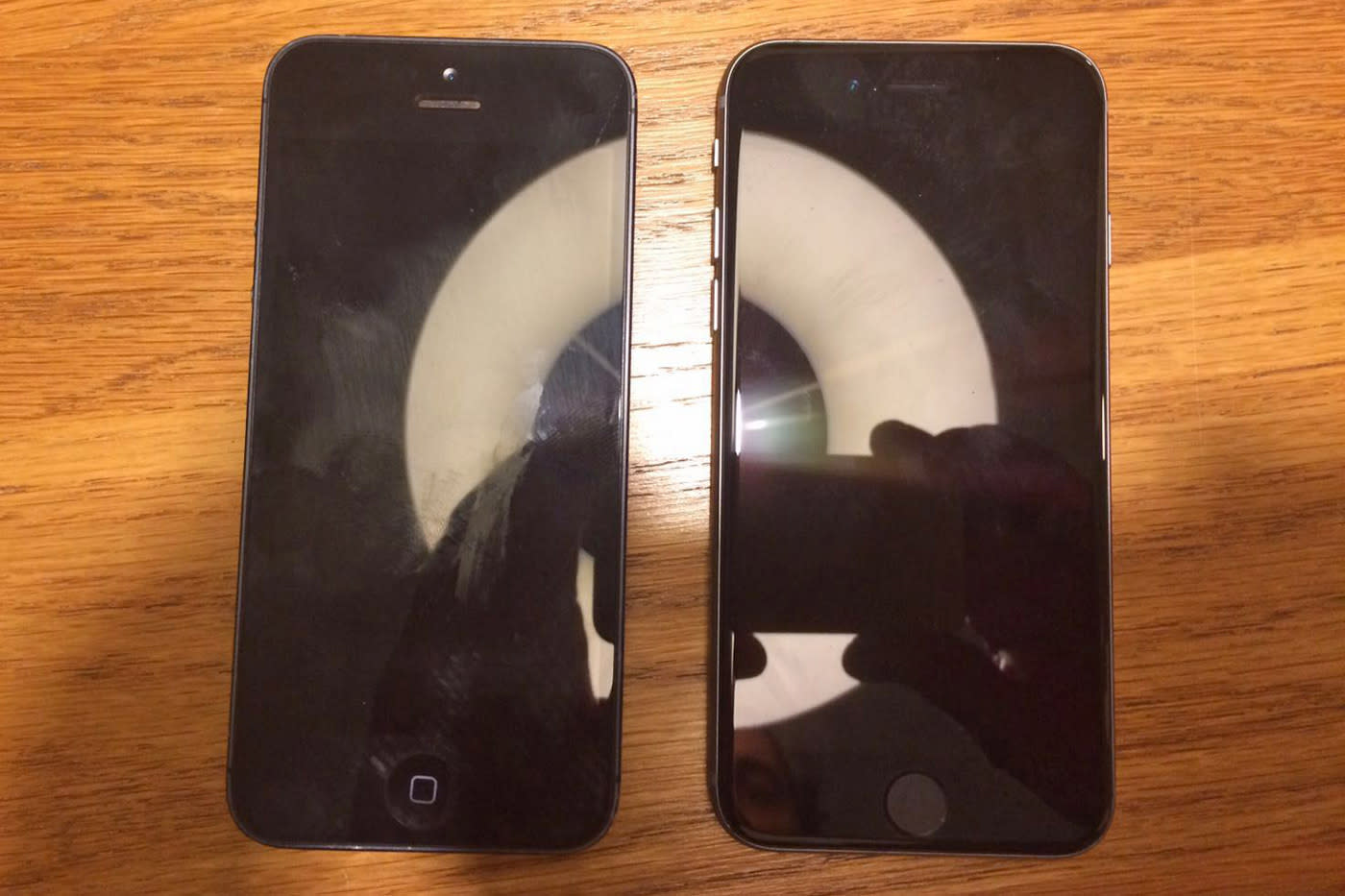 That rumored new 4-inch iPhone, the iPhone 5se, may not just be an iPhone 6 in a smaller case. In a follow-up rumor, 9to5Mac's sources claim that the compact phone is "more likely" to include a version of Apple's A9 processor (and its companion M9 chip), as previously hinted, than the A8. And while it'd still ship with 16GB of baseline storage, you'd have the option of 64GB. Between this and earlier talk of support for Apple Pay and Live Photos, about the only things you'd really miss from the iPhone 6s are the larger display (if you like that), 3D Touch and the higher-resolution camera.

There's no certainty that this is what you'll get around the rumored mid-March launch, although a purportedly leaked photo at One More Thing (shown above, on the right) adds fuel to the fire. However, the A9 might make sense from a business perspective. Although this will reportedly kill the iPhone 6 and 6 Plus the moment it shows up (why get a larger but slower phone?), it'd simplify the lineup and make sure that the iPhone 5se doesn't seem prematurely outdated when the iPhone 7 arrives in a few months.

It might also be necessary to keep the cash rolling in. For Apple, the biggest growth potential remains in China, India and other countries where price is an important factor. The iPhone 5se would give these countries a much more interesting low-end (relatively speaking) device that fits local budgets but competes with some companies' flagships. And this would no doubt revitalize sales from fans of small smartphones -- you wouldn't have to get ancient hardware just to get something that fits easily in one hand.

In this article: a9, apple, gear, iphone, iphone5se, iphone6c, m9, mobile, smartphone
All products recommended by Engadget are selected by our editorial team, independent of our parent company. Some of our stories include affiliate links. If you buy something through one of these links, we may earn an affiliate commission.