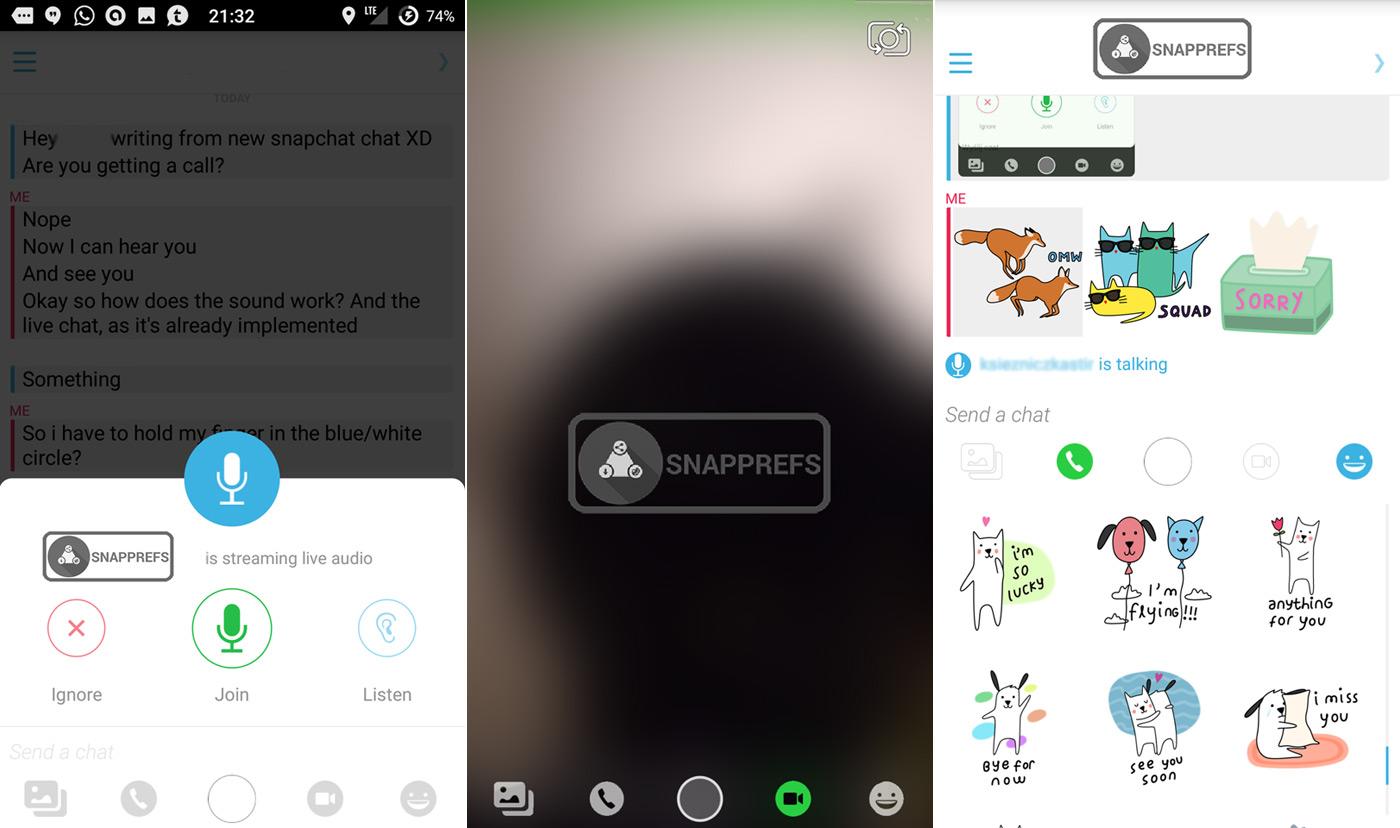 Snapchat has had features like live video calls for a while, but you almost wouldn't know it from the interface -- it's still built around those one-at-a-time photo and video messages. However, there are hints that Snapchat is giving its design a much-needed makeover. Leaked screenshots from Snapprefs' developers purport to show a hidden "ChatV2" interface where audio and video chat are obvious and easily accessible -- you'd always know when you could make a live call. There's also a revamped text chat interface that lets you send the stickers that have been all the rage in other messaging apps.

There's no knowing if or when the interface will show up in a way you can easily use, and it might well change between then and now. However, it won't be at all shocking if this launches in earnest. As popular as Snapchat might be with its 200 million users, it doesn't hold a candle to giants like Facebook Messenger (600 million) and Line (about 700 million). Better messaging would give you a reason to stay in Snapchat whenever talking to your friends, rather than hopping between apps.

In this article: chat, culture, facebookmessenger, internet, internetcalling, messaging, mobile, services, snapchat, videochat
All products recommended by Engadget are selected by our editorial team, independent of our parent company. Some of our stories include affiliate links. If you buy something through one of these links, we may earn an affiliate commission.