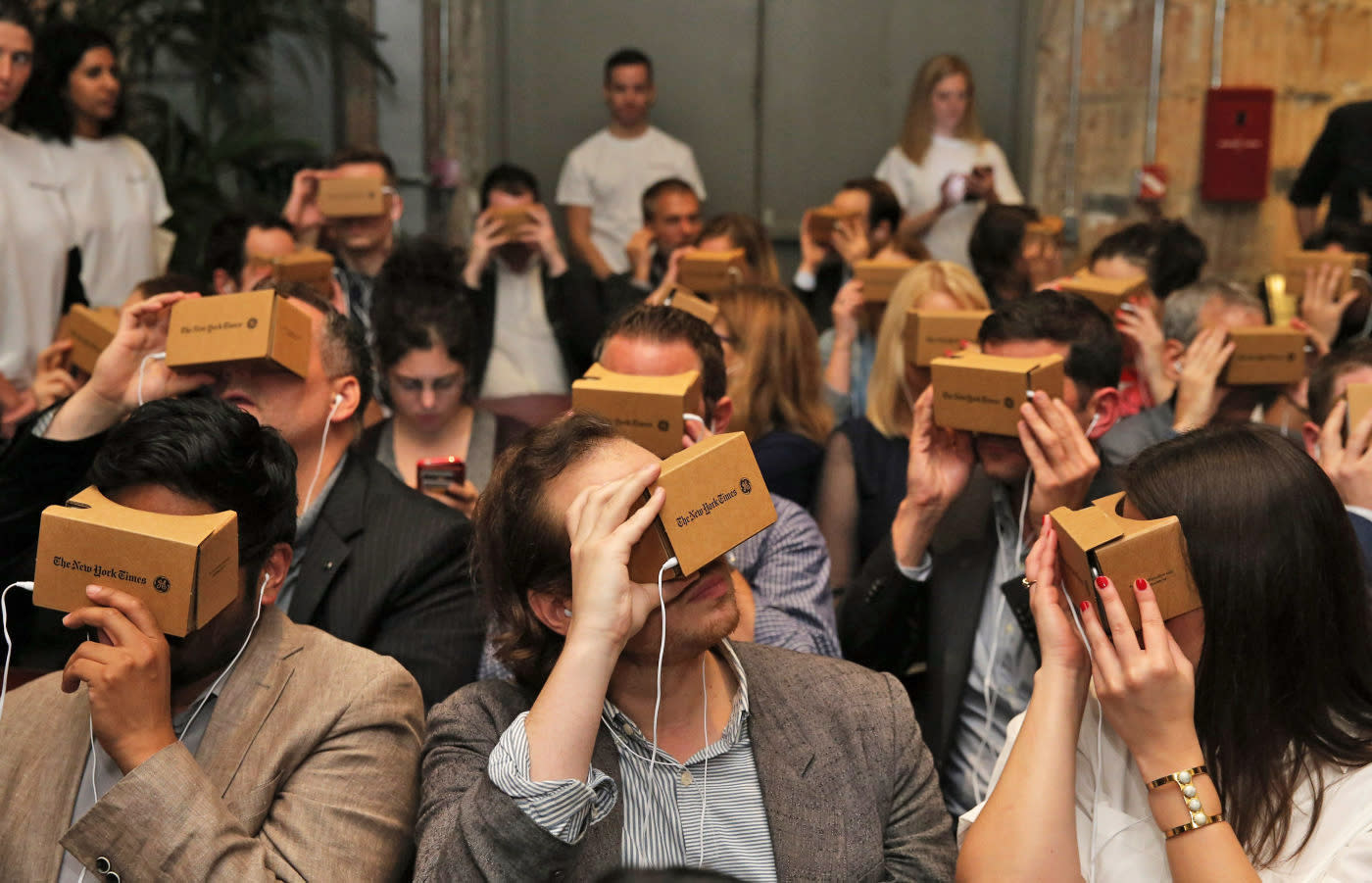 Google Cardboard made its debut in June of 2014, and has been picking up steam ever since. Mountain View offered an official update on the usage stats today, though, showing just how popular the VR viewer really is. The company says 5 million Cardboard viewers have shipped to users in just over a year and a half. What's more, those folks installed 25 million apps that are compatible with the headset, including 10 million between October and December 2015.

At around $20, Google Cardboard is a low-risk investment for folks who want to join the VR craze without spending a few hundred dollars. Of course, the popularity of Cardboard got a boost from Star Wars-branded versions and the arrival of a New York Times news app. There was also a revamped version that debuted at I/O 2015 last summer. The device is also popular in classrooms, allowing students to take virtual field trips to over 150 locations around the world through Google's Expeditions project.

Google says there's more on the way in terms of mobile VR, and perhaps that means more robust hardware. Former Vine chief Jeff Toff left Twitter to join Google's VR efforts and a recent job listing points to new product development. While it'll likely take a while before we see those devices, you can bet the company will have some VR-related news at its events throughout 2016.

In this article: cardboard, gadgetry, gadgets, gear, google, googlecardboard, virtualreality, vr
All products recommended by Engadget are selected by our editorial team, independent of our parent company. Some of our stories include affiliate links. If you buy something through one of these links, we may earn an affiliate commission.