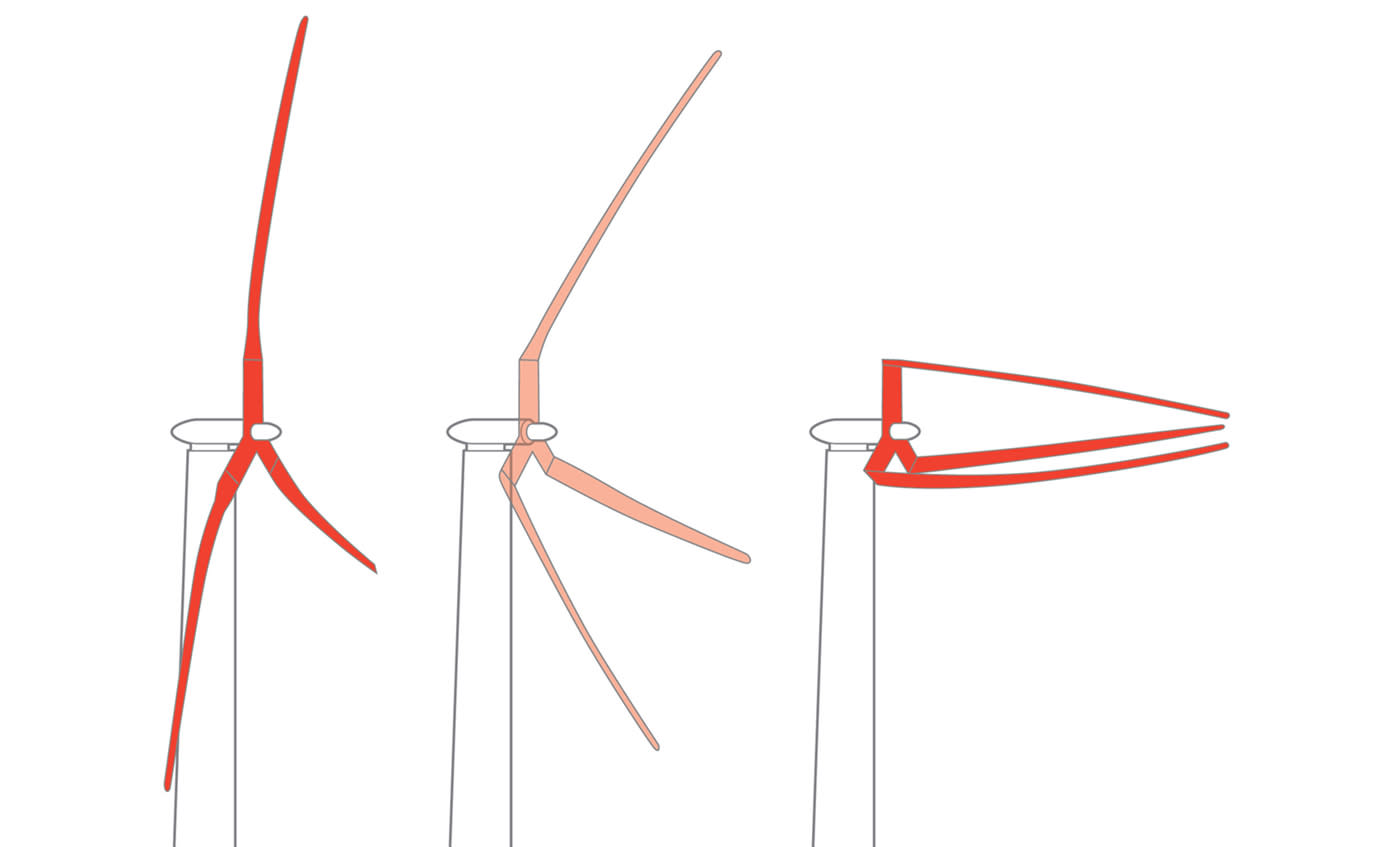 The US Department of Energy's plan to generate 20 percent of the nation's electrical power from wind by 2030 is ambitious, to say the least. To pull it off, the turbines will need to be located offshore, where winds are steadier and stronger. However, putting wind turbines in the ocean is also far more expensive, so they need to be enormous in order to make it worthwhile. Researchers from Sandia National Laboraties have come up with a design that features 650-foot blades -- over two football fields long -- that can generate up to 50 megawatts of power.

Such "exascale" turbines, called segmented ultralight morphing rotors (SUMRs), are over six times the size of the largest existing models. Thanks to economies of scale, a single unit could power around 10,000 homes. "The U.S. has great offshore wind energy potential, but offshore installations are expensive, so larger turbines are needed to capture that energy at an affordable cost," says Sandia's lead turbine designer Todd Griffith. However, offshore winds can hit 200 mph and easily knock over a turbine. As a result, the team designed it to be installed with the blades downwind, rather than into the wind like a conventional model. With that configuration, it doesn't need to be as strong, saving valuable weight. The blades also perform a trick -- during extreme winds, they fold in via a hinge at the rotor, an idea that was inspired by palm trees. "At dangerous wind speeds, the blades are stowed and aligned with the wind direction, reducing the risk of damage. At lower wind speeds, the blades spread out more to maximize energy production." Griffith said.

The design is promising, but Sandia hasn't yet revealed when it plans to actually build and test one. However, the project is backed by DARPA-E and the US Department of energy, and has General Electric, Siemens and Vestas Wind Systems as advisory partners. Given those names, the project's not likely to disappear in the breeze.

In this article: FoldingBlades, GlobalWarming, green, Offshore, SandiaNationalLaboratories, science, WindTurbines
All products recommended by Engadget are selected by our editorial team, independent of our parent company. Some of our stories include affiliate links. If you buy something through one of these links, we may earn an affiliate commission.