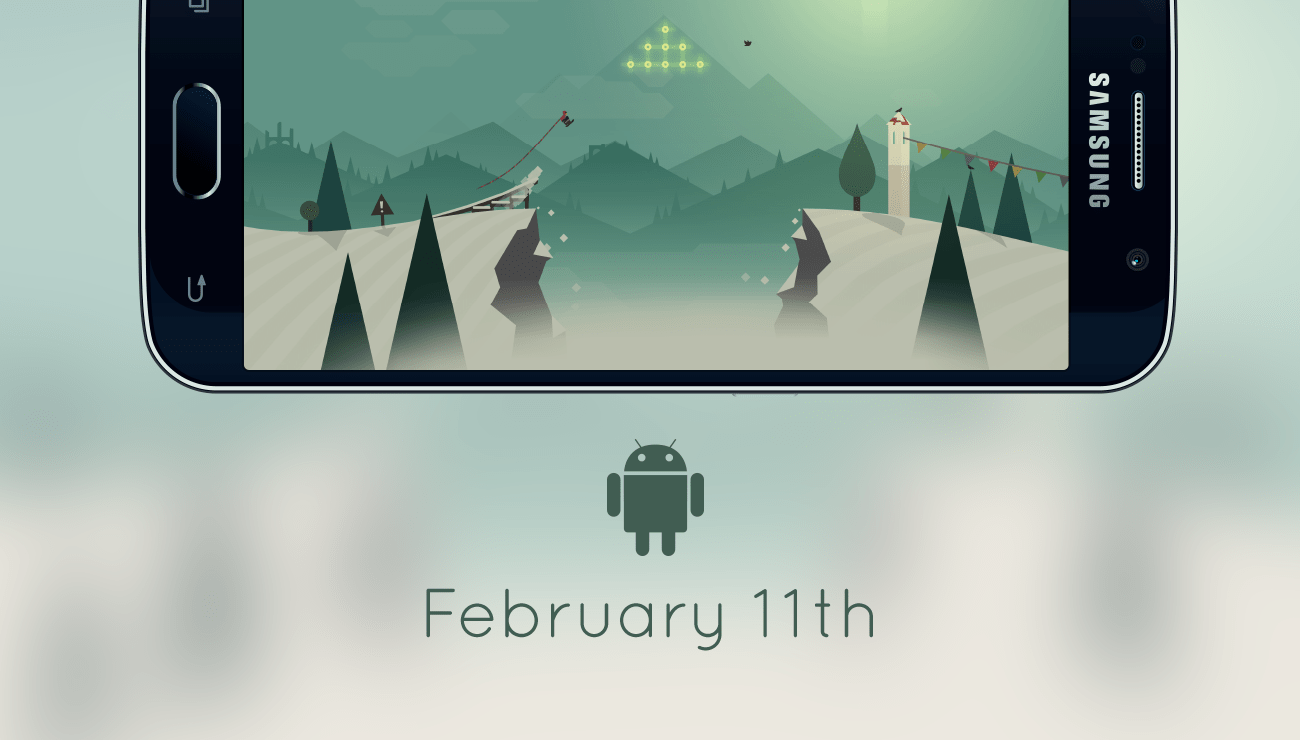 Alto's Adventure was one of the best games to launch on the iPhone last year -- the beautiful visuals, addictive gameplay, and chill soundtrack made for a uniquely laid-back and satisfying experience. Developer Ryan Cash from Snowman announced this would happen way back in September, but the launch date is finally here. The game will arrive on February 11th and will offer an identical experience to the iOS version, with one key exception. Alto's Adventure will be free for Android players.

Cash posted a blog post today to explain why he's going free on Android, and the reasons are about what you'd expect. "We thought long and hard with [publisher] Noodlecake about how we could best monetize the game -- to launch as a premium title (like on iOS), or to explore other alternatives that stayed true to our core values and vision for the game," Cash writes. Ultimately his team decided that going free-to-play was the way to go.

That's because of the rampant Android piracy that still makes it hard to launch premium games on the platform. Cash cited an "incredibly insightful" infographic from Monument Valley developer Ustwo that showed only 5 percent of Android players actually paid for the game.

However, it wasn't just piracy that caused Cash to go for a free-to-play system. He cited titles like Crossy Road and Threes as games that offered free versions that respected players and didn't overwhelm them with opportunities to plunk down cash.

In the end, Alto's Adventure will offer some paid opt-in bonuses for players who "might need a little extra help, or otherwise want to show their support." But, Cash stresses that the core experience is identical between iOS and Android -- the whole game "can be enjoyed start to finish, exactly as it can be on iOS." Given the quality of the title, we're willing to trust Cash here and believe that Alto's Adventure won't nickel and dime Android players. Indeed, that'll be better for the entire gaming ecosystem. The more free-to-play games that treat players as human beings instead of bank accounts, the better we'll all be.

In this article: AltosAdventure, android, androidgaming, chill, gaming, mobile, snowboarding
All products recommended by Engadget are selected by our editorial team, independent of our parent company. Some of our stories include affiliate links. If you buy something through one of these links, we may earn an affiliate commission.