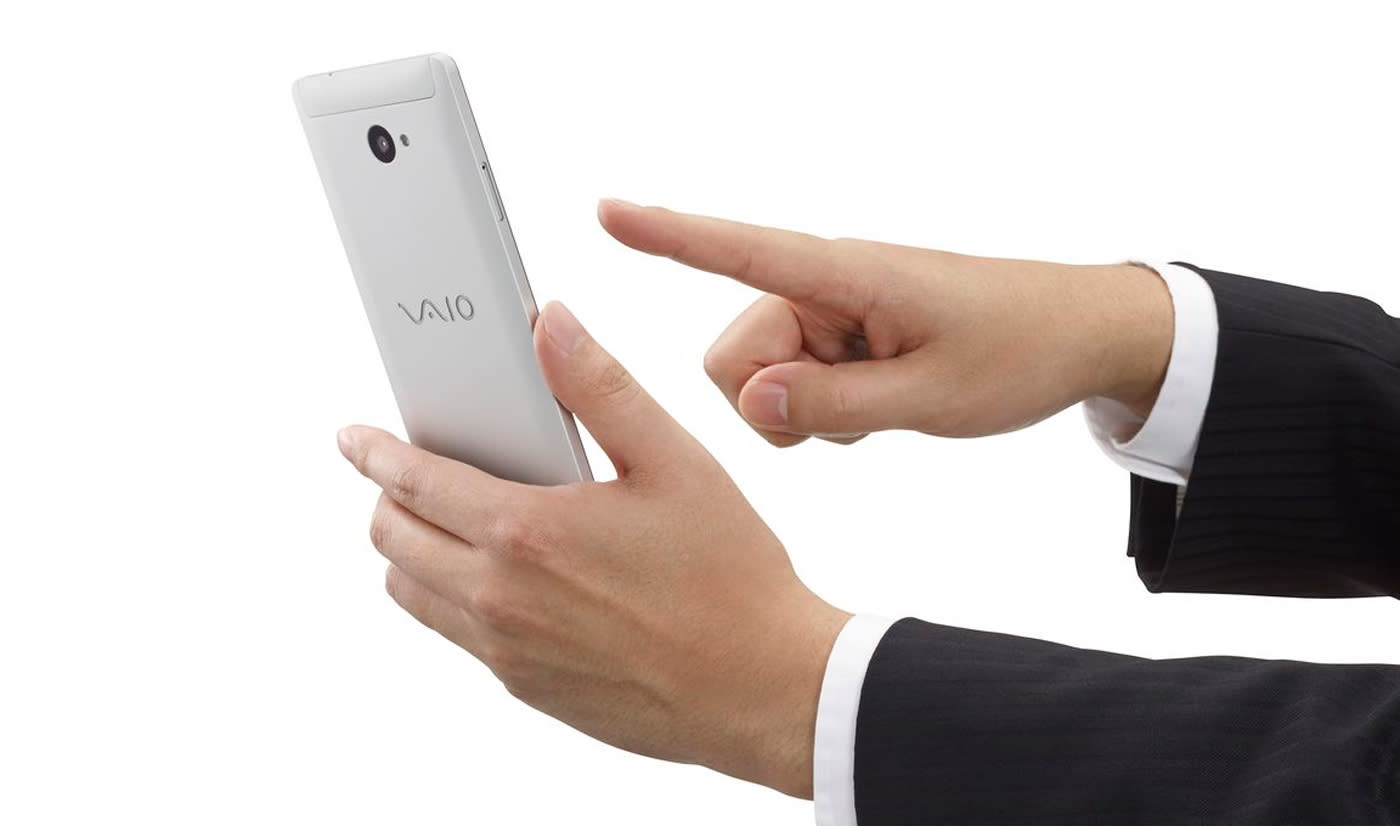 Japan is getting more Windows Phones. In October, Windows Japan announced that six companies were tackling Windows 10 for mobile, and following the gorgeous NuAns phone, VAIO has revealed its second ever smartphone. (The funny part is that VAIO's once-parent company went so far as to make a Windows Phone slider, but it never saw the inside of a phone store.) Anyhow, here's the VAIO Phone Biz. It's for business use. It's not a slider, and it's launching next month, but only in Japan for now. Let's see if it's worth getting jealous about.

VAIO's Windows Phone runs Windows 10, and (on paper) has the specifications to make that work -- especially when it comes to Continuum: running a PC environment entirely from your phone. There's an octocore 1.5GHz Snapdragon 617 processor and a full 3GB of RAM, while the screen is an unassuming full-HD resolution. (Then again, if you're streaming to your full-size monitor like a true businessperson, maybe that's less of an issue?) The phone itself is a rather pretty, familiar-looking slab of metal, laser-etched and looking a great deal more glamorous than its rebadged, underwhelming Android predecessor.

While VAIO hopes to concentrate sales inside businesses, it will also launch the phone with help from MVNO stores across Japan. It's a SIM-free model, and it appears that there's no big phone carrier that'll be carrying the phone.) My biggest question is why VAIO chose to make something so nice for Windows 10 Phone -- when Microsoft itself saw sales drop 49 percent last time it checked. It seems like a risk for the now independent, smaller company.

Classier design, accompanied with an arguably more precarious mobile operating system, the phone will be priced at 50,000 yen, around $432. Which is (at least) far less than an Evangelion phone costs.

In this article: gear, japan, mobile, sony, TL16winfon, vaio, vaiophone, vaiophonebiz, video, why, windows10phone, windowsphone
All products recommended by Engadget are selected by our editorial team, independent of our parent company. Some of our stories include affiliate links. If you buy something through one of these links, we may earn an affiliate commission.