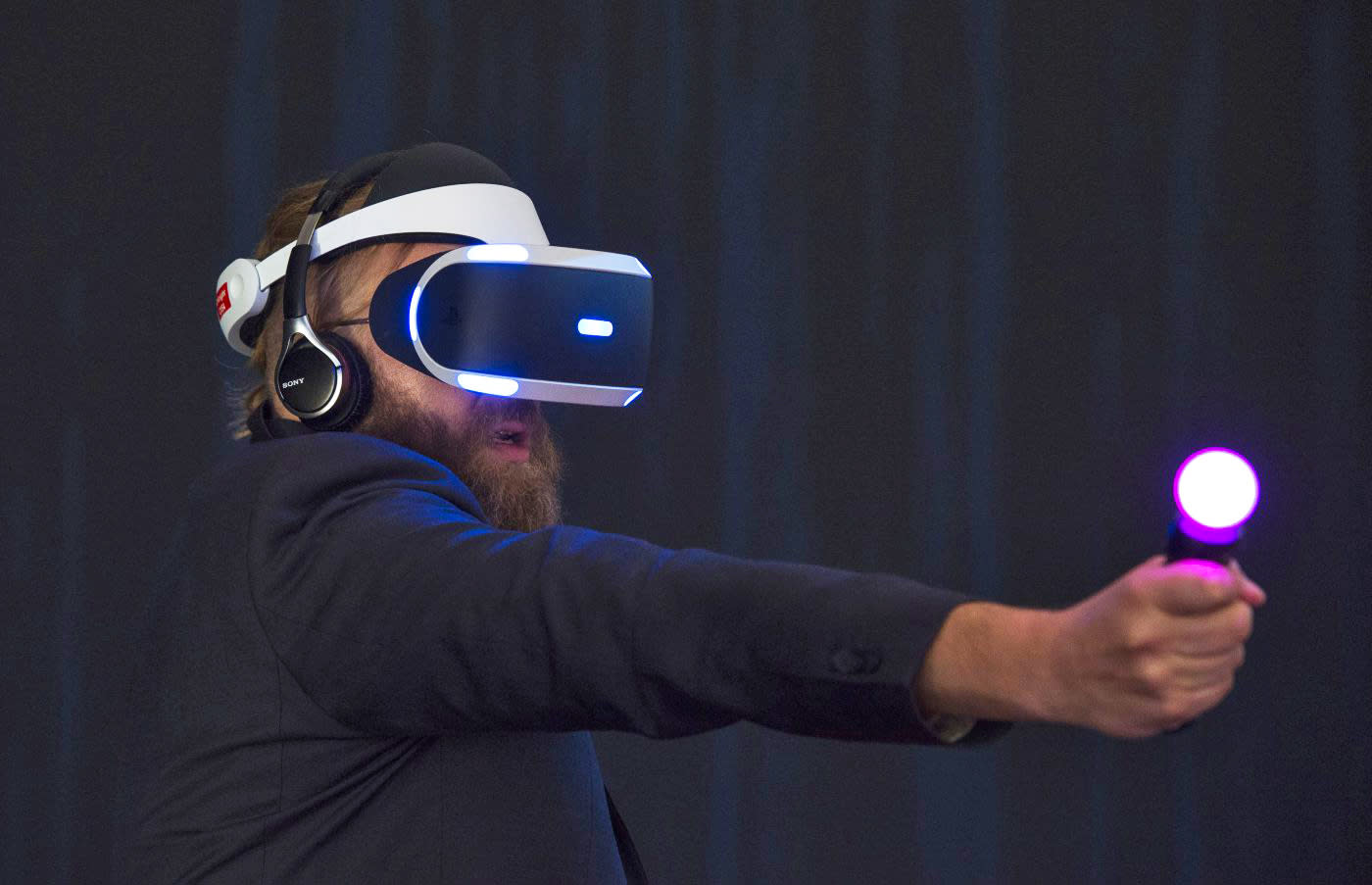 Thanks to GameStop CEO Paul Raines, we have an idea of when to expect Sony's PlayStation VR to arrive. In an interview with Fox Business this week, Raines said the retailer "will launch the Sony product this fall" when discussing the upcoming virtual reality hardware releases. What's more, the GameStop chief says that the company is in talks to carry both the Oculus Rift and HTC Vive, both of which are expected to arrive this spring.

Last we heard, Sony was planning to launch the PlayStation VR in early 2016. However, based on Raines' comments, it looks like we'll have to wait a bit longer. There's still no word on pricing, but Sony's Andrew House noted the VR setup would cost as much as a "new gaming platform." While HTC hasn't revealed a price for Vive (only a pre-order date), the Oculus Rift will cost $599. If the GameStop CEO's comments were accurate, perhaps we'll hear more about Sony's launch plans in the coming months.

Update: Sony tells CNET that the GameStop CEO was "speculating" and that they haven't discussed a launch date. The retailer is certainly eyeing a big push for the holidays, just like every other company, so there's a chance Raines was referencing internal plans. It's also possible that the system could become available before it hits shelves at GameStop. However, Sony didn't confirm if the PlayStation VR was still on track to release in the first half of 2016.

In this article: gadgetry, gadgets, gamestop, gaming, playstation, playstationvr, sony, virtualreality, vr
All products recommended by Engadget are selected by our editorial team, independent of our parent company. Some of our stories include affiliate links. If you buy something through one of these links, we may earn an affiliate commission.