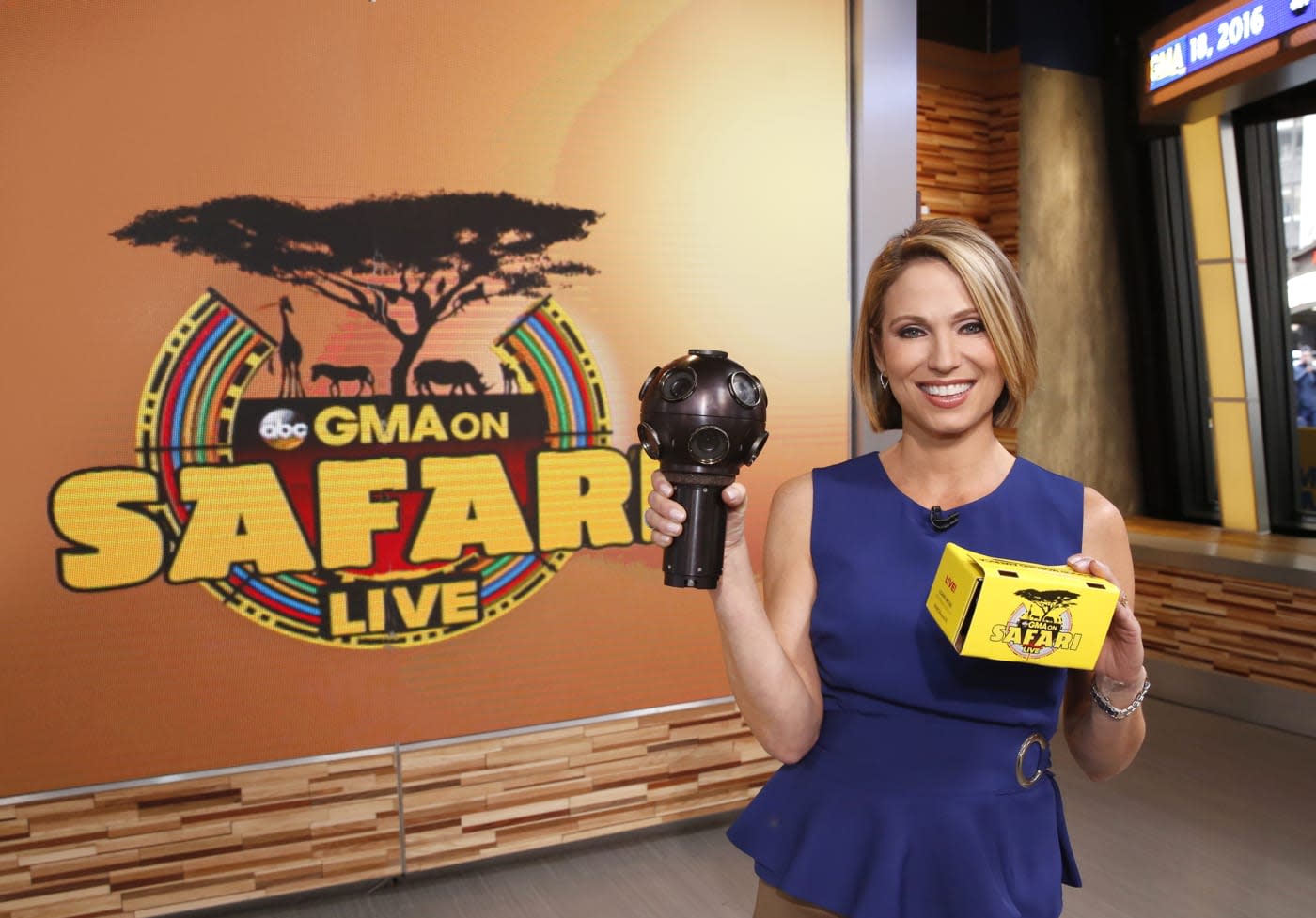 If you're a fan of ABC's morning show, the network is offering viewers a rather unique take on remote reporting this week. From 7:00 AM to 9:00 ET tomorrow (February 23rd), Good Morning America will broadcast live in 360-degree VR from the Ngorongoro Crater in Tanzania. ABC News' Amy Robach will be on location as the network captures footage from the Great Migration which includes the largest concentration of Africa's big mammals each February. Robach's report on the dangers the animals face from poachers will be presented alongside the immersive visuals. In fact, ABC says this is the first time on network television that VR cameras and gear will allow viewers to pick their adventure live and in real time.

To get in on the action tomorrow, bookmark the source link down below on the web. ABC News is using IM360's VR tech for the broadcast, so you can watch through the company's apps on both Android and iOS, too. That Android app will allow you to make use of Google Cardboard for the virtual safari. If you're a Samsung Gear VR owner, there's an IM360 app in the Oculus Store as well. We're curious to see how well this works, but one thing is for sure: you're a lot less likely to get eaten by a lion going on a safari from your couch.

In this article: 360video, abc, abcnews, av, broadcast, entertainment, gearvr, goodmorningamerica, googlecardboard, im360, livetv, news, television, virtualreality, vr
All products recommended by Engadget are selected by our editorial team, independent of our parent company. Some of our stories include affiliate links. If you buy something through one of these links, we may earn an affiliate commission.