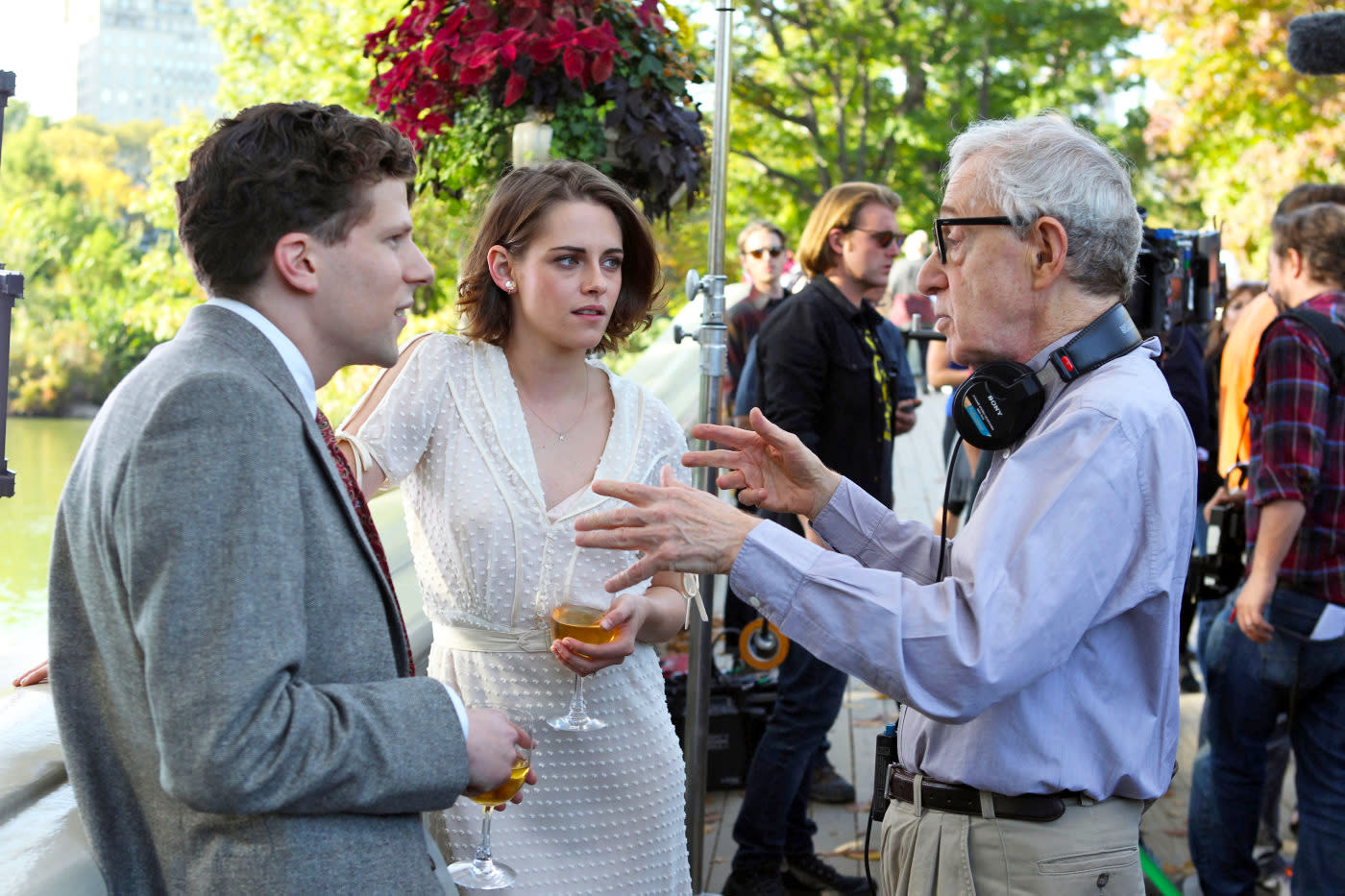 After shelling out $10 million for Manchester by the Sea at Sundance, Amazon spent big on another film. The online retailer nabbed North American theatrical and streaming rights to Woody Allen's upcoming untitled film for the sum of $15 million. We already knew Amazon had secured the rights, and now we know what it cost. That's three times what Sony paid for Irrational Man, a movie that eked out a mere $4 million at box offices in the US. This new Allen film stars Steve Carell, Jesse Eisenberg, Blake Lively and Kristen Stewart, but little else is known about it.

While the sum is certainly substantial, the purchase price is only $5 million more than Amazon recently paid for Manchester by the Sea, a Kenneth Lonergan drama starring Casey Affleck. The company had already teamed up with Allen on a TV series as well. That half-hour show is set to debut this year, with Allen writing and directing what will be his first television series. Oh yeah, Miley Cyrus stars in the show, too.

In terms of the untitled film Amazon recently bought, Allen wanted to go with Sony but the company wouldn't bite. "Amazon made us an offer we couldn't refuse, and we have a responsibility to our investors," says producer Letty Aronson. The movie reportedly went over budget and Allen chipped in funds to ensure it was finished. By making the leap to Amazon for both theaters and on-demand streaming, the director cuts ties with Sony Pictures Classics after teaming up for eight films.

In this article: amazon, av, entertainment, film, movies, prime, streaming, woodyallen
All products recommended by Engadget are selected by our editorial team, independent of our parent company. Some of our stories include affiliate links. If you buy something through one of these links, we may earn an affiliate commission.